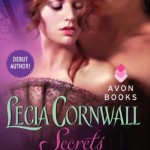 Secrets of a Proper Countess by Lecia Cornwall. $.99.

We’ve had Dukes, Earls, Brides, and people surrendering on sale. It’s time for the cheap Countesses.

Some secrets we take to the grave. Others we just take to bed . . .

Lady Isobel Maitland cannot afford to be caught doing anything even remotely scandalous, or she risks losing everything she holds dear. But one night, in a dark garden at a masquerade ball, Isobel gives in to temptation and lets an innocent flirtation with the notorious Marquess of Blackwood turn into passion.

The Marquess is no stranger to seduction or intrigue, and his rake’s reputation disguises a deadly mission. When his mystery lover flees before he can learn her name, he knows he must find her. But all clues lead toward the prim and dowdy Isobel Maitland. It appears the lady has secrets of her own, secrets that Blackwood would dearly love to uncover . . . 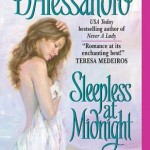 Sleepless at Midnight by Jacquie D’Alessandro. $1.99.

HarperCollins seems to be pushing the D’Alessandro books. A number of them have been discounted to 1.99 or under.

The ladies in London are abuzz over Mary Shelley’s Frankenstein, especially Miss Sarah Moorehouse. Her imagination is fired up, so when she spies Matthew Devenport, Marquess Langston, mysteriously sneaking home in the wee hours clutching a shovel, she simply must investigate. Impelled by curiosity, the adventurous lass steals into his bedchamber—only to be caught red-handed by the impossibly handsome and totally naked nobleman.

The Marquess Langston has more important things to worry about than a group of literature-loving ladies. But Matthew’s grand plan to rescue the family from ruin could be lost when he discovers Sarah hiding behind his bedroom curtain. What is this meddlesome woman up to? And why are his desires inflamed by a chit who is too inquisitive for her own good? Well, two can play at this game . . . and when Matthew captures the beguiling Sarah in all her naked glory, the night of mischief has only just begun. 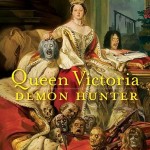 Apparently fairly gruesome but historically accurate. Why should men (Abe Lincoln frex) have all the fun?

There were many staff at Kensington Palace, fulfilling many roles; a man who was employed to catch rats, another whose job it was to sweep the chimneys. That there was someone expected to hunt demons did not shock the new Queen; that it was to be her was something of a surprise.

London, 1838. Queen Victoria is crowned; she receives the orb, the scepter, and an arsenal of bloodstained weaponry. If Britain is about to become the greatest power of the age, there’s the small matter of the undead to take care of first. Demons stalk the crown, and political ambitions have unleashed ravening hordes of zombies even within the nobility itself.

But rather than dreams of demon hunting, Queen Victoria’s thoughts are occupied by Prince Albert. Can she dedicate her life to saving her country when her heart belongs elsewhere?With lashings of glistening entrails, decapitations, zombies, and foul demons, this masterly new portrait will give a fresh understanding of a remarkable woman, a legendary monarch, and quite possibly the best demon hunter the world has ever seen.

In another incarnation as a more serious (though still satirical) author, A. E. MOORAT has won critical acclaim and been shortlisted for awards. Here, however, he was chained in the dungeon, fed tea and ghost stories, and kept busy writing the adventures of Queen Victoria, Demon Hunter. 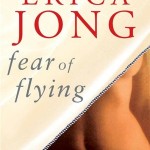 Originally published in the 1970s it was heralded as a feminist classic, a book that challenged people to think about the acceptability of a woman as a sexual being.

Originally published in 1973, the ground-breaking, uninhibited story of Isadora Wing and her desire to fly free caused a national sensation—and sold more than twelve million copies. Now, after thirty years, the iconic novel still stands as a timeless tale of self-discovery, liberation, and womanhood.

Now with a new introduction by the author, one of the most influential books ever on women’s sexuality is ready to expose a new generation to a joyous, exhilarating romp through the mind of one about-to-become-liberated woman–and to an acceptance and enjoyment of their own innermost sexual fantasies. Reissue.