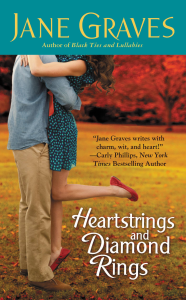 In a world full of frogs, Alison Carter is determined to find her prince. Maybe her dating past is more Titanic than Love Boat, but she’s seen enough happy marriages to know that true love is possible. No matter what, she won’t give up on happily-ever-after. If she can’t find Mr. Right, she’ll simply hire someone who can.

SHE JUST DOESN’T KNOW IT YET

When Brandon Scott inherits a successful matchmaking business, he thinks his prayers have been answered. Set up a few lonely ladies, collect the fee, how hard can it be? No one needs to know he’s not really a professional matchmaker-especially not his first client, the beautiful, spirited Alison. Soon he’s falling for her-and her dreams of kids and carpools. But Alison is getting close to figuring out his secret, and if she learns he’s deceived her too, she’ll walk right out the door, taking Brandon’s heart with her.

Jayne reviewed this in 2011.  <em>To me this is a very funny book. I especially love Alison’s blow by blow recounts of her dates to Brandon. Yeah, they might be exaggerations – at least I hope no woman has gone through these for book research purposes – but the ways in which these men are so awful as dates is wickedly inventive fun. My favorite is the Pharmaceutical rep with bonus points to you for getting the police involved on the date.</em> 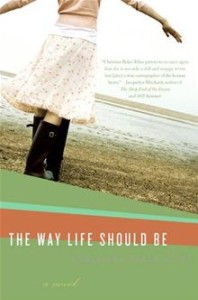 The Way Life Should Be with Bonus Material (Promo e-Books) by Christina Baker Kline. $ 1.99

In The Way Life Should Be, Angela Russo finds herself in Maine thanks to a sailing instructor, an impulse, and an idea that in Maine, people live “the way life should be.” But reality on Mount Desert Island is not what she expected. Far from everything familiar, Angela begins to rebuild her life from the ground up. Relying on the flair for Italian cooking she inherited from her grandmother, she begins to discover the pleasures and secrets of her new small community-and to connect her heritage to a future she is only beginning to envision.

Reviews say the book is a predictable but cute and easy read with a satisfying ending. 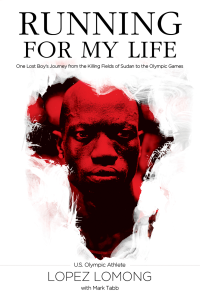 “Running for My Life” is not a story about Africa or track and field athletics. It is about outrunning the devil and achieving the impossible faith, diligence, and the desire to give back. It is the American dream come true and a stark reminder that saving one can help to save thousands more.

Lopez Lomong chronicles his inspiring ascent from a barefoot lost boy of the Sudanese Civil War to a Nike sponsored athlete on the US Olympic Team. Though most of us fall somewhere between the catastrophic lows and dizzying highs of Lomong’s incredible life, every reader will find in his story the human spark to pursue dreams that might seem unthinkable, even from circumstances that might appear hopeless.

“Lopez Lomong’s story is one of true inspiration. His life is a story of courage, hard work, never giving up, and having hope where there is hopelessness all around. Lopez is a true role model.” ?MICHAEL JOHNSON, Olympic Gold Medalist

“This true story of a Sudanese child refugee who became an Olympic star is powerful proof that God gives hope to the hopeless and shines a light in the darkest places. Don’t be surprised if after reading this incredible tale, you find yourself mysteriously drawn to run alongside him.” ?RICHARD STEARNS, president, World Vision US and author of “THe Hole in Our Gospel”

While this is published by Thomas Nelson, this review seems to indicate that it wasn’t overtly religious enough for her tastes which, for me, is a win. 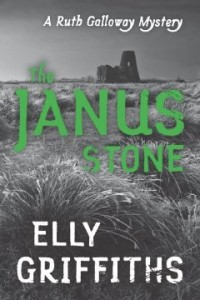 It’s been only a few months since archaeologist Ruth Galloway found herself entangled in a missing persons case, barely escaping with her life. But when construction workers demolishing a large old house in Norwich uncover the bones of a child beneath a doorway—minus its skull—Ruth is once again called upon to investigate. Is it a Roman-era ritual sacrifice, or is the killer closer at hand?

Ruth and Detective Harry Nelson would like to find out—and fast. When they realize the house was once a children’s home, they track down the Catholic priest who served as its operator. Father Hennessey reports that two children did go missing from the home forty years before—a boy and a girl. They were never found. When carbon dating proves that the child’s bones predate the home and relate to a time when the house was privately owned, Ruth is drawn ever more deeply into the case. But as spring turns into summer it becomes clear that someone is trying very hard to put her off the trail by frightening her, and her unborn child, half to death.

The Janus Stone is a riveting follow-up to Griffiths’s acclaimed The Crossing Places.

This book features a teaser chapter from the second Ruth Galloway mystery, The House at Sea’s End.

This is the second book in the series and it looks like you’ll want to read the first one before this.  One of the reviewers said that the two had an “awkward relationship” which somehow sounds intriguing. 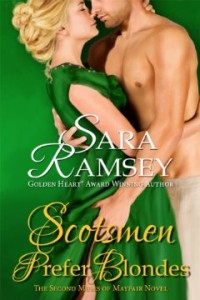 When a friend is forced to consider a marriage of convenience, Lady Amelia Staunton is determined to rescue her. But her plans trap her in an illicit seduction, and Amelia must marry him herself. Malcolm’s all-consuming kisses and devilish humor might make up for her lost freedom, but she believes he will force her to abandon the Gothic romances she yearns to write. Since she can’t escape him, she must distract him from her secret…

He isn’t looking for love…

A powerful autocrat with a well-hidden rebellious streak, Malcolm MacCabe doesn’t need another beautiful mistress – he needs an obedient wife. Obedience is not one of Amelia’s virtues. But he’s too enthralled by her wit and passion to let her go – even if it means risking the political reputation he is building to save his clan.

Their hearts can’t survive the scandal…

Despite their intentions, every wicked embrace binds them together. But as their conflicting desires combust into insatiable hunger and unavoidable ruin, they must decide whether to pursue their personal destinies alone – or fight for the love that could destroy them both.

Previous Book: Heiress Without A Cause, Muses of Mayfair #1

Next Book: The Marquess Who Loved Me, Muses of Mayfair #3 – available now

This is a self published book and the price drop is from $3.99 to $.99.  The 99c price was reflected at Amazon and Apple. The negative reviews seem to point to the conflicting and unclear motivations of the characters such that their actions don’t seem consistent with their characteristics but it’s largely well reviewed 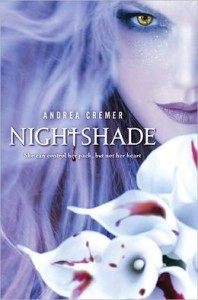 Read Andrea Cremer’s blogs and other content on the Penguin Community.

Calla Tor has always known her destiny: After graduating from the Mountain School, she’ll be the mate of sexy alpha wolf Ren Laroche and fight with him, side by side, ruling their pack and guarding sacred sites for the Keepers. But when she violates her masters’ laws by saving a beautiful human boy out for a hike, Calla begins to question her fate, her existence, and the very essence of the world she has known. By following her heart, she might lose everything- including her own life. Is forbidden love worth the ultimate sacrifice?