A few Amazon only deals that I couldn’t resist bringing to your attention: 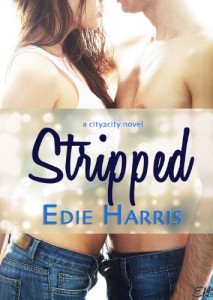 Declan Murphy has just made his big career move, going from little-known European cinema to Hollywood blockbuster awards-bait in the blink of an eye. One actor’s highly public arrest for possession of narcotics is another actor’s lucky break, right? Declan’s eye is on the prize, and no one will keep him from proving to the producers that he’s a consummate industry professional.

No one, that is, except Fiona O’Brien. After a time in the spotlight that nearly destroyed her, Fiona wants nothing more than to fade into the background and do her job as part of the studio’s hair-and-makeup team. The last thing she needs is a hotshot actor with a panty-melting Irish accent and killer smile messing up her careful plans.

There’s nothing careful about the immediate attraction between Declan and Fiona, and soon that initial spark of lust is sizzling out of control. But when things get complicated behind the scenes, they’ll have to decide if their movie magic should stay on set…or if their love can survive away from the silver screen.

I’ve heard good things about this book but haven’t read it. I did buy it so there’s that. 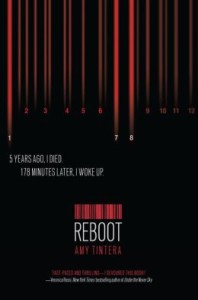 In this fast-paced dystopian thrill ride, perfect for fans of The Hunger Games, Legend, and Divergent, a seventeen-year-old girl returns from death as a Reboot and is trained as an elite crime-fighting soldier . . . until she is given an order she refuses to obey.

Wren Connolly died five years ago, only to Reboot after 178 minutes. Now she is one of the deadliest Reboots around . . . unlike her newest trainee, Callum 22, who is practically still human. As Wren tries to teach Callum how to be a soldier, his hopeful smile works its way past her defenses. Unfortunately, Callum’s big heart also makes him a liability, and Wren is ordered to eliminate him. To save Callum, Wren will have to risk it all.

This sounds good but a lot of elite female soldiers turn out to be wimps. I wonder if Jia has read this. Or tried to 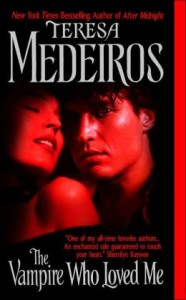 The Vampire Who Loved Me by Teresa Medeiros. $ 1.99

Julian Kane is back in town.

Once, as a girl of seventeen, beautiful, headstrong Portia Cabot saved the cursed life of the dashing vampire Julian Kane—who marked her forever, then left to go in search of his soul. He returns five years later to find the enchanting young girl he left behind grown into a bewitching woman with a woman’s heart . . . and a woman’s desires.

Portia quickly discovers that Julian’s seductive and forbidden kiss can still make her crave the night . . . and his touch. But the Julian who has returned to London is not the vampire she remembers. His fruitless pursuit of his stolen mortality has reduced him to drunken debauchery. And a recent spate of murders makes Portia fear that the man she has always adored may truly be a monster.

Julian knows he must drive Portia away—but his passion and hunger for her grow more irresistible every time they touch. For years he has fought the temptation to embrace his dark gifts, never realizing that Portia’s love may give him the most dangerous gift of all . . . a reason to live.

I remember reading one of the duology of vampire books by Medeiros. I wasn’t feeling it at the time but who knows how it would come off today. I recall the vampire hero being very broody. 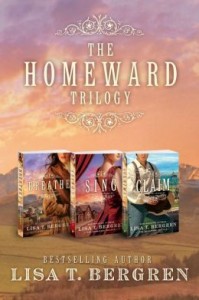 Embark on a Western epic in the Homeward Trilogy.

BREATHE: It’s Colorado, 1883. A publishing heiress is on the brink of life and death. Her beautiful younger sister is called to the forbidden stage. Her brother and troubled guardian is raging inside. A veiled treasure map leads to a hidden silver mine while a threatening villain hovers in the shadows. And a hero is bent on saving his bride.

SING: Moira St. Clair has done exactly what her father forbade her to do: chased her dreams to sing on the stage. But even as her star rises, she becomes more vulnerable to those who wish to use her—or bring her down….

CLAIM: Dominic is seeking a peace that has always eluded him. Only as he mines an old claim deep in the Rocky Mountains and begins a romance with a local schoolteacher does he begin to understand how passionately he is loved—by God, his family, and a good woman. But even as he relinquishes his fury, Nic discovers there is one last battle to fight…