Daily Deals: Contemporaries, from the small town to the big city (NY and Texas!) 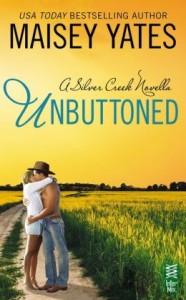 Overview
Carly Denton has learned to keep her buttons and emotions firmly fastened. Her parents’ constant drama, and an unrequited crush on her brother’s best friend, taught her to keep her passion beneath the surface. But she can no longer avoid the one man with the ability to bring that passion to a boil…

Lucas remembers Carly as a freckle-faced tomboy—not a frosty woman who treats him like a burr under her saddle. But when they must work together on a charity project, Lucas is shocked to find their bickering melt into some serious mutual attraction. He’s determined to show Carly that he’s the man for her, if only she’d learn to let loose.

Lucas is the last man on earth Carly should give in to. The freedom she finds in his arms has her feeling happier than ever, but is it enough to make her realize that the greatest risk isn’t losing your heart, but losing the chance at happiness?

Yates writes Harlequin Presents and is now branching out to general contemporary. I haven’t read this but I have read her Presents books. I always feel when I am reading Yates that I should like her writing more than I do. 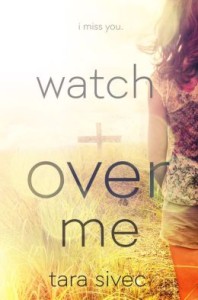 Due to heavy subject matter, this book is recommended for ages 17+.

From the USA Today Best Selling Author of A Beautiful Lie.

Addison Snow is your typical teenager. She has a family that loves her, friends that make her laugh, and she’s wrapped up in the excitement of graduating high school and going off to college to pursue her dream of becoming an author. When her mother, who also happens to be Addison’s best friend, dies unexpectedly, her world comes to a crashing halt.

To make the pain go away, Addison and her father travel down separate, dark paths. She chooses to end her grief forever, while he drowns his sorrows in the bottom of a bottle. How do you learn to live again when the most important person in your life is gone?

Addison struggles to pick up the pieces of her life. Instead of getting back to being the carefree teenager she once was, she’s stuck handling all of the responsibilities that should have been her father’s. She has no time to grieve, no time for emotions, and no time for happiness…until Zander Reinhardt walks in. All it takes is one little handwritten note on a napkin to kick-start her back to life and help her realize that maybe there’s more to that life than pain.

But can it really be that simple? Can she really trust this man who makes her feel alive again for the first time in a year?

I only know of this author because several reading friends liked Seduction and Snacks, a comedic book heavy on snark. The blurb for this book, however, conveys a different message. 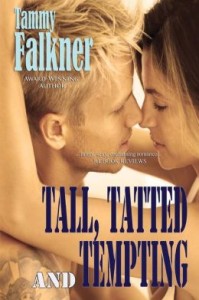 She’s locked up tight. But he might be the key.
Logan Reed is tall, tatted and tempting.
Kit’s a woman with a mean right hook and a secret.

Kit wants a tattoo, but Logan sees more than she intended in the drawing she shows him.
He sees her in ways no one ever has.

Logan’s not disabled; but he hasn’t spoken in eight years. He hasn’t needed to. Until he meets Kit.

I read this book just the other night. It was a quick read. The author includes both the sexy and the sexy lite version in the book so it ends at the 50% mark. That’s hard to remember as a reader and consequently I was disappointed when the book was over.

I also had a problem with Kit/Emily’s secret. It was very selfish and I don’t think that the book realistically portrays Logan as a deaf person or the fallout of Kit’s secret. However, I was engaged during the entire story. 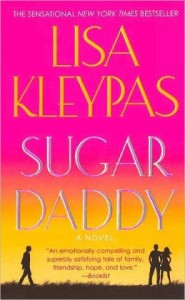 Liberty Jones has dreams and determination that will take her far away from Welcome, Texas—if she can keep her wild heart from ruling her mind. Hardy Cates sees Liberty as completely off-limits. His own ambitions are bigger than Welcome, and Liberty is a complication he doesn’t need. But something magical and potent draws them to each other, in a dangerous attraction that is stronger than both of them.

When Hardy leaves town to pursue his plans, Liberty finds herself alone with a young sister to raise. Soon Liberty is under the spell of a billionaire tycoon—a Sugar Daddy, one might say. But the relationship goes deeper than people think, and Liberty begins to discover secrets about her own family’s past.

This is a Kindle Daily Deal. Whenever I re-read this series, I start with when Liberty and Gage meet because the first half sets up a romance between Liberty and Hardy which never comes to fruition. Hardy’s romance is in Blue Eyed Devil and I always recommend reading that one first.