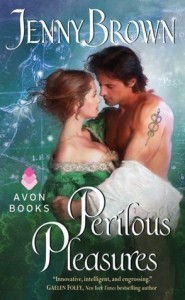 His thirst for revenge must overcome her powers of seduction . . .

Lord Ramsay believes in fate. But is it chance or something more sinister that has the daughter of his worst enemy delivered into his hands? Finally, the stars are in perfect alignment for his revenge. But Ramsay isn’t prepared for the vulnerable, courageous woman he finds—a woman with powers of her own.

Zoe didn’t inherit her mother’s cruel heart, but that doesn’t stop the tall stranger who kidnaps her. Now, she has only one weapon against the fate that awaits her . . . seduction. Yet even as Zoe uses her charms to bewitch her abductor, Ramsay’s haunted Pisces soul weaves a sensual spell around her too. Soon, the two will be bound together by a burning passion as bright as the stars—and locked in a desperate struggle against an ancient sorcery that can be vanquished only by love.

I believe that this book is a blend of fantasy and Regency. It has mixed reviews.  I thought this two star review was pretty even handed about what you could expect in the book which was a bit of crazy. Okay, quite a bit of crazy. 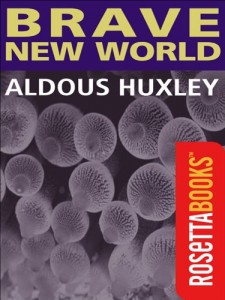 Huxley´s vision of the future in his astonishing 1931 novel Brave New World — a world of tomorrow in which capitalist civilization has been reconstituted through the most efficient scientific and psychological engineering, where the people are genetically designed to be passive, consistently useful to the ruling class.

The digital version is published by Rosetta Books. Amazon might be the only place for this deal. Regularly priced at $9.99. 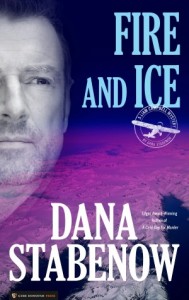 Alaska State Trooper Liam Campbell, demoted and reassigned to the remote bush town of Newenham, literally steps off the plane into a murder scene. Dealing with death is never simple, but when the woman leaning over the body proves to be Liam’s old flame, it’s evident that his new job is about to become much more complicated.

From Newenham’s cast of eccentric—and sometimes hair-trigger—residents, to the intricate ballet of fishing boats rushing against time to catch their limit, Stabenow captures the contagious spirit of melancholy madness that pervades America’s last frontier. Of course, small town tensions tend to simmer just beneath the surface, and murder, once done, has a tendency to happen again…

This is the first book in the Liam Campbell series. Keishon turned me on to this series and I really enjoyed it. Set in Alaska. Over the series, there is a romance although Stabenow turned her attention away from Liam Campbell to further the Kate Shugak series which I liked less.

They even have sex in her books which prompted Stabenow to write: “Unless they are monks or nuns or charter members of Chaste by Choice, they are going to have sex, dammit.” 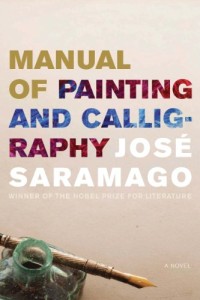 Manual of Painting and Calligraphy by José Saramago. $1.99.

Manual of Painting and Calligraphy was José Saramago’s first novel. Written eight years before the critically acclaimed Baltasar and Blimunda, it is a story of self-discovery set against the background of the last years of Salazar’s dictatorship. A struggling young artist, commissioned to paint a portrait of an influential industrialist, learns in the process about himself and the world around him. The brilliant juxtaposition of a passionate love story and the crisis of a nation foreshadows all of Saramago’s major works. A must-have for any devotee of the great Portuguese Nobel laureate, Manual of Painting and Calligraphy is available in the United States for the first time.

Saramago won the 1998 Nobel Prize in Literature and this is his debut novel. I just wanted to mention, since we are coming close to the holidays, that you can gift a book and set the date of the delivery. So if you are looking to buy some gifts, you can buy these books at the discounted price and set the delivery date to, for example, Christmas Day.