On the Road chronicles Jack Kerouac’s years traveling the North American continent with his friend Neal Cassady, “a sideburned hero of the snowy West.” As “Sal Paradise” and “Dean Moriarty,” the two roam the country in a quest for self-knowledge and experience. Kerouac’s love of America, his compassion for humanity, and his sense of language as jazz combine to make On the Road an inspirational work of lasting importance.

Kerouac’s classic novel of freedom and longing defined what it meant to be “Beat” and has inspired every generation since its initial publication more than fifty years ago.

From The Library Journal “On the Road’s publication in 1957 was a wake-up call to the American public that not all its youth were modeled after characters on Ozzie and Harriet: it portrayed Ivy League-educated white kids who smoked dope, hitchhiked, and frequented black jazz joints and Mexican whorehouses. It was the harbinger of the radical changes that would soon sweep society in the 1960s. In addition to the full text, this version includes the New York Times’s original book review. A pillar of American literature.” 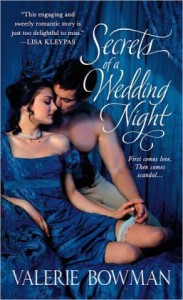 Secrets of a Wedding Night by Valerie Bowman. $ 2.99

HOW TO STOP A WEDDING

Young, widowed, and penniless, Lily Andrews, the Countess of Merrill,has strong opinions on marriage. When she spots a certain engagement announcement in The Times, she decides to take action. She will not allow another hapless girlto fall prey to a man—particularly the scoundrel who broke her heart five years ago. Anonymously she writes and distributes a pamphlet entitled “Secrets of a Wedding Night,” knowing it will find its way into his intended’s innocent hands…

HOW TO SEDUCE A WIDOW

Devon Morgan, the Marquis of Colton, desires a good wife and mother to his son—someone completely unlike Lily Andrews, the heartless beauty who led him on a merry chase five years ago only to reject him. When Devon’s new fiancée cries off after reading a certain scandalous pamphlet, he vows to track down the author and make her pay. But when he learns it’s his former fiancée Lily, he issues a challenge: write a retractionor prepare to be seduced—to find out how wonderful a wedding night canbe… 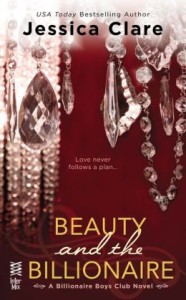 Beauty and the Billionaire by Jessica Clare. $ 2.99

The Billionaire Boys Club is a secret society of six men who have vowed success—at any cost. Not all of them are old money, but all of them are incredibly wealthy. They’re just not always as successful when it comes to love…
?
Real-estate tycoon Hunter Buchanan has a dark past that’s left him scarred and living as a recluse on his family’s palatial estate. Hunter is ready to give up on love—until he spots an enigmatic red-haired beauty and comes up with an elaborate scheme to meet her.
?
Gretchen Petty is in need of a paycheck—and a change. So when a job opportunity in an upstate New York mansion pops up she accepts. And while she can overlook the oddities of her new job, she can’t ignore her new boss’s delectable body—or his barely leashed temper.
?
Hunter’s afraid his plan might be unraveling before it’s truly begun, but Gretchen is about to show him that life can be full of surprises…

The reviews for this book have been really good throughout the blogosphere. Lillie80, Cranberry Tarts, and more have liked it.

Here’s what you got to know: scarred virgin hero who awkwardly (and sometimes ineptly) tries to show his affection for the writer he’s conned into coming to his reclusive hideaway. 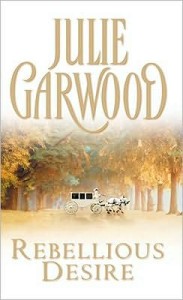 Of all the dukes in England, Jered Marcus Benton, the Duke of Bradford, was the wealthiest, most handsome — and most arrogant. And of all London’s ladies, he wanted the tender obedience of only one — Caroline Richmond.

She was a ravishing beauty from Boston, with a mysterious past and a fiery spirit. Drawn to the powerful duke, undeterred by his presumptuous airs, Caroline was determined to win his lasting love. But Bradford would bend to no woman — until a deadly intrigue drew them enticingly close. Now, united against a common enemy, they would discover the power of the magnificent attraction that brought them together…a desire born in danger, but destined to flame into love!

Not my favorite Garwood but I can’t pass it up at 99c. It has to be in my digital collection. I found this price only at Amazon