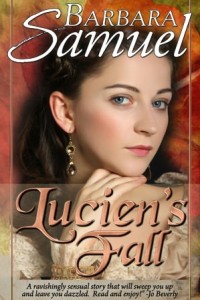 Lord Lucien Escher, is a renowed London rake who believes there is not a woman in the world who cannot be seduced, and is determined to prove it, come what may.

AN INTELLIGENT AND DETERMINED WOMAN

This book and Heart of the Knight are 99c. 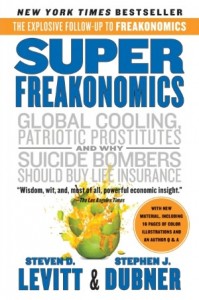 SuperFreakonomics challenges the way we think all over again, with such questions as:

What’s The Best Way to catch a Terrorist?

What Do Hurricanes, Heart Attacks, And Highway Deaths Have in Common?

Are people harwired for Altruism or Selfishness?

Can Eating Kangaroo Save The Planet?

Levitt and Dubner mix smart thinking and great storytelling like no one else, whether investigating a solution to global warming or explaining why the price of oral sex has fallen so drastically.

Kind of a weird price point but it is that price at both B&N and Amazon. Probably not as good as the first one, but readable. Maybe a good gift book? At Amazon, you can buy at the cheap price but designate the date of delivery.

The unexpected delivery of a large crate containing an Antarctic penguin changes the life and fortunes of Mr. Popper, a house painter obsessed by dreams of the Polar regions.

I’m a big fan of this book. I read it as a kid and read it to my tot just a year ago. It was great both times. Although as a mom, I did think to myself that destroying one’s house for a penguin was maybe a bit too much. 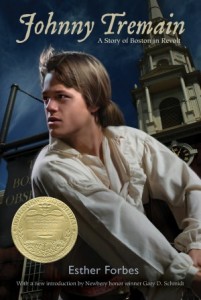 Johnny Tremain, winner of the 1943 Newbery Medal, is one of the finest historical novels ever written for children. As compelling today as it was fifty years ago, to read this riveting novel is to live through the defining events leading up to the American Revolutionary War seen through the eyes of a boy who turns in his smithing tools to take up a rifle and fight for the liberty of America.

Fourteen-year old Johnny Tremain, an apprentice silversmith with a bright future ahead of him, injures his hand in a tragic accident, forcing him to look for other work. In his new job as a horse-boy, riding for the patriotic newspaper, the Boston Observer, and as a messenger for the Sons of Liberty, he encounters John Hancock, Samuel Adams, and Dr. Joseph Warren. Soon Johnny is involved in the pivotal events shaping the American Revolution from the Boston Tea Party to the first shots fired at Lexington.

After injuring his hand, a silversmith’s apprentice in Boston becomes a messenger for the Sons of Liberty in the days before the American Revolution.

This is another Newberry Award winning novel that is price matched against the sale that Apple is holding on these award winning books.  Apple link