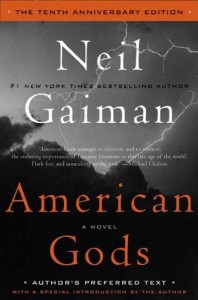 First published in 2001, American Gods became an instant classic—an intellectual and artistic benchmark from the multiple-award-winning master of innovative fiction, Neil Gaiman. Now discover the mystery and magic of American Gods in this tenth anniversary edition. Newly updated and expanded with the author’s preferred text, this commemorative volume is a true celebration of a modern masterpiece by the one, the only, Neil Gaiman.

Locked behind bars for three years, Shadow did his time, quietly waiting for the magic day when he could return to Eagle Point, Indiana. A man no longer scared of what tomorrow might bring, all he wanted was to be with Laura, the wife he deeply loved, and start a new life.

But just days before his release, Laura and Shadow’s best friend are killed in an accident. With his life in pieces and nothing to keep him tethered, Shadow accepts a job from a beguiling stranger he meets on the way home, an enigmatic man who calls himself Mr. Wednesday. A trickster and rogue, Wednesday seems to know more about Shadow than Shadow does himself.

Life as Wednesday’s bodyguard, driver, and errand boy is far more interesting and dangerous than Shadow ever imagined—it is a job that takes him on a dark and strange road trip and introduces him to a host of eccentric characters whose fates are mysteriously intertwined with his own. Along the way Shadow will learn that the past never dies; that everyone, including his beloved Laura, harbors secrets; and that dreams, totems, legends, and myths are more real than we know. Ultimately, he will discover that beneath the placid surface of everyday life a storm is brewing—an epic war for the very soul of America—and that he is standing squarely in its path.

Relevant and prescient, American Gods has been lauded for its brilliant synthesis of “mystery, satire, sex, horror, and poetic prose” (Michael Dirda, Washington Post Book World) and as a modern phantasmagoria that “distills the essence of America” (Seattle Post-Intelligencer). It is, quite simply, an outstanding work of literary imagination that will endure for generations.

One of Gaiman’s more famous titles.

“For the first time in my life, I didn’t feel envy…”

Tess is the exact opposite of her beautiful, athletic sister. And that’s okay. Kristina is the sporty one, Tess is the smart one, and they each have their place. Until Kristina is diagnosed with cancer. Suddenly Tess is the center of the popular crowd, everyone eager for updates. There are senior boys flirting with her. But, the smiles of her picture perfect family are cracking and her sister could be dying. Now Tess has to fill a new role: the strong one. Because if she doesn’t hold it together, who will?

Janet Gurtler tests the bonds of sisterhood in this moving debut that readers of Jodi Picoult and Sarah Dessen will savor.

A lot of the books refer to this as heartbreaking and realistic. After reading John Green’s “The Fault in Our Stars”, I’m not sure I am able to handle another cancer book. But one reviewer said, no one seems untouched by cancer so this book is likely relatable to many readers. 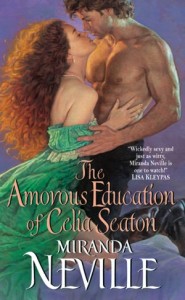 The Amorous Education of Celia Seaton by Miranda Neville. $.99.

Being kidnapped is teaching Miss Celia Seaton a few things about life:

Lesson one: Never disrobe in front of a gentleman . . . unless his request comes at gunpoint.

Lesson two: If, when lost on the moors, you encounter Tarquin Compton, the leader of London society who ruined your marriage prospects, deny any previous acquaintance.

Lesson three: If presented with an opportunity to get back at Mr. Compton, the bigger the lie, the better. A faux engagement should do nicely.

Lesson four: Not all knowledge is found between the covers of a book. But an improper book may further your education in ways you never guessed.

When I was offered the chance to review The Amorous Education of Celia Seaton I had no idea what to expect. I’ve had mixed reading experienced with Avon historicals, and while I have enjoyed our few brief exchanges on Twitter, I really had no sense of where your books fit in within the Historical Romance subgenre. The title and cover art are formulaic Avon (i.e. not remarkable to me at all), and the marketing seems to put your writing style somewhere between Lisa Kleypas and Julia Quinn, which wasn’t a big help, either. And I’ll confess that for perhaps the first few chapters of the book I was skeptical: a young woman kidnapped, stripped of her clothes, and abandoned (temporarily) in a deserted Yorkshire cottage; a dandy and member of the ton conked on the head, partially stripped and robbed, who wakes with amnesia. Said dandy is precisely the man who cut the heroine dead with one of his “witticisms” (in this case that she had a head like a cauliflower) and ruined her chances with a prospective suitor. How these coincidences persist given all the English Regency characters running around Historical Romance, I’m not sure, but one lesson I did learn (again) from reading this book: it is unwise to judge a book solely by its cover and title. Because The Amorous Education of Celia Seaton proved to be a witty, interesting, trope-busting read. 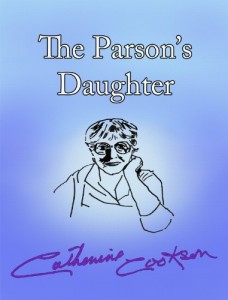 The Victorian Sabbath was not without problems for some of those committed to its strict observance. Nancy Ann Hazel, the young and high-spirited daughter of a country parson, suffered from her father’s lengthy Sunday sermons. The autumn sunshine beckoned her into the fields and along the bank of the river that wound its way through this pleasant corner of County Durham. This area was dominated by the neighbouring estates of two very different landowners: Graham Mercer, the reclusive lord of the manor, and Dennison Harpcore of Rossburn House, where life was lived on the grand scale and reputed to be more than a little dissolute.

Two older brothers had taught Nancy Ann how to look after herself well enough, and she could hold her own with the roughest of the village children. But soon she had to muster her courage and fortitude to the full when the far greater challenges of a controversial marriage thrust her into womanhood and into a whole new world of conflict and tragedy which had to be faced and overcome.

It appears that Cookson is re-releasing digital backlist versions of her out of print titles. Almost all of them are $5.99 which I consider to be too pricey for an backlist digital release but this one is priced at $2.99. The negative review says that the book is depressing despite its happy ending.