Daily Deals: Four historicals for $2.99 and under

Audible is having a $4.95 sale for Members Only on 200 of its titles including bestsellers like Room by Emma Donoghue; Moon Called: Mercy Thompson, Book 1 By Patricia Briggs; Halfway to the Grave: Night Huntress, Book 1 By Jeaniene Frost 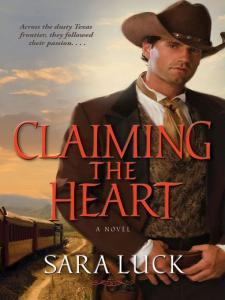 As the Texas and Pacific Railroad expands across the wideopen frontier, a spirited young woman finds a triumphant love amidst the tracks and tumult.

July 1876: Building a railroad that reaches Fort Worth city limits by a midnight deadline is an all-consuming obsession for track supervisor Gabriel Corrigan–while his socialite wife, Marthalee, daughter of a powerful Louisiana politician, heads home to arrange a marriage annulment. But when Gabe crosses paths with Josie Laclede, a vivacious businesswoman from St. Louis, he sees a sassy lady bold enough to stake her claim in the wild Texas plains–yet soft and sweet enough to win his heart.

Though her past is a mystery–Josie was a foundling, raised by a kind widower who now runs a shop and hotel with her–Gabe dreams of a bright future with Josie by his side. Tantalized by his gentle kisses, and swept up in the thrilling track-laying race that has all of Fort Worth pitching in, Josie is tempted to fall hard for Gabe. But Marthalee returns, vying for the T&P fortune he stands to make. And when her father offers Gabe a senate seat and a chance to get back into his wellconnected family, a heartbroken Josie vanishes with the prairie breeze. Will their dream of a once-in-a-lifetime love go up in smoke?

The only review at Amazon was from Harriet Klausner so it might be safe to say that Sara Luck has not garnered a lot of attention. At Goodreads, she has 8 ratings with an average of 3.5 but no text reviews. I have no idea whether this is worth your $2.99. One of you will have to be the Guinea pig and report back! 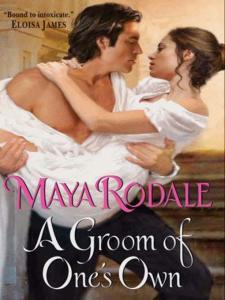 A handsome duke. His beautiful soon-to-be duchess. A whirlwind courtship. It is this author’s privilege to report on the event all of London is talking about: the upcoming wedding of the Duke of Hamilton and Brandon to the only daughter of the Duke of Richmond. Every detail of the “Wedding of the Year” will be reported in these pages as a London Weekly exclusive.

But I, Miss Sophie Harlow, must confess to a secret infatuation with this “double duke” that can only lead to trouble. It is impossible that this notoriously upstanding gentleman would ever jilt his bride for a scandalous female newspaper writer. And yet . . . the arrival of a foreign prince, the discovery of a shocking secret, and one passionate kiss could change everything. Will this perfect duke risk the scandal of the year to marry the woman his heart desires?

This book has many mixed reviews. Apparently there are title issues with the duke hero being referred to as Lord and his mother, the Duchess, as Lady. One reviewer said it was light and another predictable but they both enjoyed it. 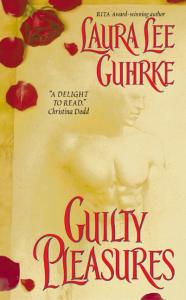 One of Daphne Wade’s guilty pleasures is to watch the Duke of Tremore as he works, shirtless, on the excavation site of his ducal estate. Anthony Courtland is by far the most exciting and handsome man she has ever known, and she dreams of one day being able to speak with him without getting tongue tied.

Anthony, meanwhile, only sees Daphne as a hard worker on his excavation team. He considers her a plain young lady and says so in a careless remark to a friend, unaware that Daphne is outside the library door, her heart shattering to pieces. So Daphne decides she will not be so silly any longer. She begins to be tutored in the social graces, forcing Anthony to see the beauty who has been right in front of his eyes.

The most helpful Amazon review had a very compelling argument for this book “It was fascinating to watch Anthony court Daphne using the language of flowers. That is a subject which has interested me for a long time but this is the first work of fiction where I have been privileged to watch it work. It was very unusual, a very gentle method for allowing him to show his regard and ultimately his love for the woman he wanted to be his duchess. I just loved it. Anyone who doubts his profession of his love for Daphne missed the significance of the single, thornless red rose.“ 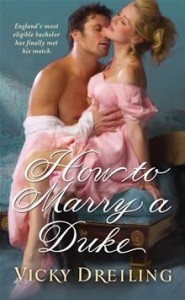 Tristan, the Duke of Shelbourne is a man with a mission: find a wife he can tolerate as long as they both shall live. Love is not necessary–nor desired. But how to choose among a dizzying array of wealthy-yet-witless candidates? Hire London’s infamously prim and proper matchmaker. Then pretend she’s not the most captivating woman he’s ever met…

Helping a devilish Duke create a contest to pick his perfect mate is the kind of challenge Tessa Mansfield relishes. Her methods may be scandalous, but she’s determined to find the notorious bachelor more than a wife–she’ll bring him true love. Yet when Tessa watches the women vie for the Duke’s affections, she longs to win his heart herself. And after a stolen kiss confirms Tristan’s desire, Tessa knows she has broken a matchmaker’s number one rule: never fall in love with the groom.

I really didn’t like this book but I think I was in the minority. Essentially it is the Bachelor in Regency time.

I don’t find deceit or manipulation cute. I find it irritating at best, a fatal character flaw at worse but this was just glossed over as if she is doing this in his best interest. So instead of keeping his confidence and meeting her obligation, she forces him to court twenty four women over the course of several weeks. Nice and humiliating for him, not to mention the 24 women.