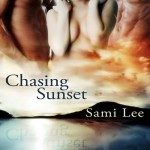 After an unsettled childhood, Sidney McCall has finally found a home in Graceville. This dream town comes with a dream boyfriend. Drew Buchanan is charming, romantic, completely devoted to her—and he cooks! Now if only the whole commitment thing didn’t give her night sweats…

Drew, a professional chef, wants nothing more than to give Sidney everything she’s ever dreamed of, both in and out of bed. Even if it means serving up her most secret wish complete with a whipped-cream topping: a tryst with two men. His best friend Brody Nash is the missing ingredient, and the only man he trusts with the woman he loves.

What starts out as a little harmless sexual play quickly boils over into something none of them expected. An emotional minefield that could forever change the course of their lives 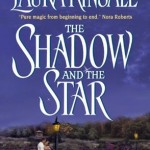 I believe this is the book about the martial artist and the pet penguin right? The hero is employed by a noble family and the heroine is a seamstress. Lower class romances, anyone?

The Shadow is wealthy, powerful and majestically handsome, he is a man of dark secrets – a master of the ancient martial arts of an exotic distant land. Scarred by a childhood of shocking degradation, he has sworn to love chastely … but burns with the fires of unfulfilled passion.

The Star is lovely, innocent and nearly destitute, and drawn to him by a fevered yearning she could never deny – following her enigmatic ?shadow warrior? into a dangerous world of desire and righteous retribution. 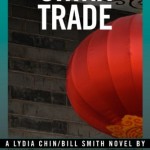 It’s like someone is reading our comments!! Last week, I picked a deal featuring an asian detective and two commenters: Ruth and Carmen Webster Buxton recommended a series featuring Lydia Chin and Bill Smith by SJ Rozan. Guess what? Now four of those titles are on sale for $2.99. Sadly, though, these books are currently only available on Amazon and self published by Rozan.

It’s a city within a city, of smells, sounds, dark shops, and close-knit families; it’s a world all its own. And in all of New York’s Chinatown, there is no one like P.I. Lydia Chin, who has a nose for trouble, a disapproving Chinese mother, and a partner named Bill Smith who’s been living above a bar for sixteen years.

Hired to find some precious stolen porcelain, Lydia follows a trail of clues from highbrow art dealers into a world of Chinese gangs. Suddenly, this case has become as complex as her community itself–and as deadly as a killer on the loose… 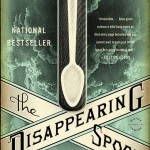 The Disappearing Spoon: And Other True Tales of Madness, Love, and the History of the World from the Periodic Table of the Elements by Sean Kean. $3.99.

This book looks hugely entertaining. Kean delivers an anectdote or factoid surrounding each element in the periodic table. PW says “The title refers to gallium (Ga, 31), which melts at 84ËšF, prompting a practical joke among “chemical cognoscenti”: shape gallium into spoons, “serve them with tea, and watch as your guests recoil when their Earl Grey ˜eats™ their utensils.”

The Periodic Table is one of man’s crowning scientific achievements. But it’s also a treasure trove of stories of passion, adventure, betrayal, and obsession. The infectious tales and astounding details in THE DISAPPEARING SPOON follow carbon, neon, silicon, and gold as they play out their parts in human history, finance, mythology, war, the arts, poison, and the lives of the (frequently) mad scientists who discovered them.

We learn that Marie Curie used to provoke jealousy in colleagues’ wives when she’d invite them into closets to see her glow-in-the-dark experiments. And that Lewis and Clark swallowed mercury capsules across the country and their campsites are still detectable by the poison in the ground. Why did Gandhi hate iodine? Why did the Japanese kill Godzilla with missiles made of cadmium? And why did tellurium lead to the most bizarre gold rush in history?

From the Big Bang to the end of time, it’s all in THE DISAPPEARING SPOON.