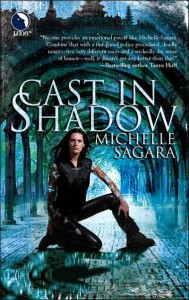 Seven years ago Kaylin fled the crime-riddled streets of Nightshade, knowing that something was after her. Children were being murdered– and all had the same odd markings that mysteriously appeared on her own skin….

Since then, she’s learned to read, she’s learned to fight and she’s become one of the vaunted Hawks who patrol and police the City of Elantra. Alongside the winged Aerians and the immortal Barrani, she’s made a place for herself, far from the mean streets of her birth.

But children are once again dying, and a dark and familiar pattern is emerging. Kaylin is ordered back into Nightshade with a partner she knows she can’t trust, a Dragon lord for a companion and a device to contain her powers– powers that no other human has. Her task is simple– find the killer, stop the murders…and survive the attentions of those who claim to be her allies!

It is 2.99 at Amazon and $4.28 at Books on Board and BN. I could not find the book at Kobo. Jia is a big fan of Michelle Sagara and she has reviewed some of the books in this series: “https://dearauthor.com/book-author/michelle-sagara/”. 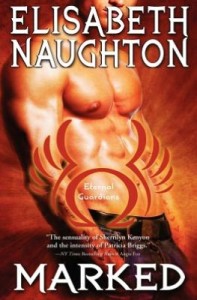 THERON – Dark haired, duty bound and deceptively deadly. He’s the leader of the Argonauts, an elite group of guardians that defends the immortal realm from threats of the Underworld.

From the moment he walked into the club, Casey knew this guy was different. Men like that just didn’t exist in real life—silky shoulder-length hair, chest impossibly broad, and a predatory manner that just screamed dark and dangerous. He was looking for something. Her.

She was the one. She had the mark. Casey had to die so his kind could live, and it was Theron’s duty to bring her in. But even as a 200-year-old descendent of Hercules, he wasn’t strong enough to resist the pull in her fathomless eyes, to tear himself away from the heat of her body.

As war with the Underworld nears, someone will have to make the ultimate sacrifice.

Free at Amazon. Reviews suggest that it is derivative but OK. 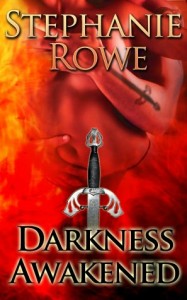 Quinn Masters will stop at nothing to rescue his rogue teammate. To save his blood brother and ensure his brand of justice triumphs, Quinn will break every rule of his kind and partner with the sensuous, courageous woman destined to be his ultimate destruction.

Haunted by a brutal past, Illusionist Grace Matthews will risk everything to save her kidnapped sister, including putting her life in the sinfully capable hands of an immortal warrior whose ravaging kisses and intense passion propel her ruthlessly toward a fateful destiny she can’t afford to believe in.

The Series: The Calydons are a race of ancient immortals cursed with a dark side. Each Calydon is destined to meet his soul mate, to be so drawn to her that he is unable to resist bonding with her through the rituals of his race, but their destiny is to destroy each other and all they care about the moment their bond is complete.

This title is free at Amazon but $2.99 at other places. The details indicate the title is 351 (per Amazon) or 450 pages (per author) but there is also a lot of back matter – excerpts for other books.

The title is self published and I can’t tell whether it was previously published and the rights reverted or if this is an entirely new work. At least one of the reviews indicated that the editing was poor with continuity problems. 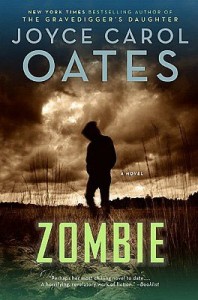 He is a problem for his professor father and his loving mother, though of course they do not believe the charge (sexual molestation of a minor) that got him in that bit of trouble.

He is a challenge for his court-appointed psychiatrist, who nonetheless is encouraged by the increasingly affirmative quality of his dreams and his openness in discussing them.

He is a thoroughly sweet young man for his wealthy grandmother, who gives him more and more, and can deny him less and less.

He is the most believable and thoroughly terrifying sexual psychopath and killer ever to be brought to life in fiction, as Joyce Carol Oates achieves her boldest and most brilliant triumph yet—a dazzling work of art that extends the borders of the novel into the darkest heart of truth.

This unflinching, unforgettable fictional exploration into the life and mind of a paroled sex offender provides a psychologically astute portrait of the way cold calculation and dark obsession combine to make a serial killer both horrifyingly successful and maddeningly elusive.

PW writes “For all its apparent authenticity, however, this novel ventures into territory that has been explored more powerfully by, among others, Dennis Cooper (Frisk), whose chilly minimalism underscores the brutality of such crimes in a way that Oates’s more calculatedly histrionic approach does not. This slim, sadistic reverie may be chilling, but it comes off as less a fully realized work than as an exercise from a writer at morbid play”

→ Jane
Previous article: REVIEW: Stolen by Shiloh Walker
Next Post: To Dox or Not to Dox: Who Decides