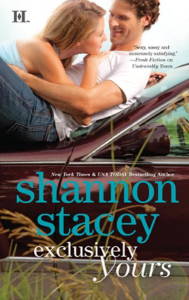 Exclusively Yours by Shannon Stacey. $1.99.

When Keri Daniels’s boss finds out she has previous carnal knowledge of reclusive bestselling author Joe Kowalski, she gives Keri a choice: get an interview or get a new job.

Joe’s never forgotten the first girl to break his heart, so he’s intrigued to hear Keri’s back in town–and looking for him. He proposes an outrageous plan–for every day she survives with his family on their annual camping trip, Keri can ask one question.

The chemistry between Joe and Keri is as potent as the bug spray, but Joe’s sister is out to avenge his broken heart, and Keri hasn’t ridden an ATV since she was ten. Who knew a little blackmail, a whole lot of family and some sizzling romantic interludes could make Keri reconsider the old dream of Keri & Joe 2gether 4ever?

This is the first in the Kowalski family series. Stacey’s next entry featuring Mitch Kowalski comes out next week. I have read Stacey for years (literally beginning back in 2006) and while I enjoyed her romantic suspense, it is undeniable that Stacey’s contemporary voice is where she shines.

Currently it is 1.99 only at Carina Press, but CP sells DRM free ebooks. 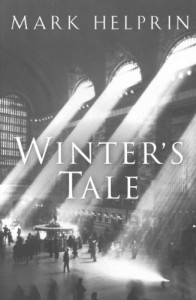 New York City is subsumed in arctic winds, dark nights, and white lights, its life unfolds, for it is an extraordinary hive of the imagination, the greatest house ever built, and nothing exists that can check its vitality. One night in winter, Peter Lake?orphan and master-mechanic, attempts to rob a fortress-like mansion on the Upper West Side.

Though he thinks the house is empty, the daughter of the house is home. Thus begins the love between Peter Lake, a middle-aged Irish burglar, and Beverly Penn, a young girl, who is dying.

Peter Lake, a simple, uneducated man, because of a love that, at first he does not fully understand, is driven to stop time and bring back the dead. His great struggle, in a city ever alight with its own energy and beseiged by unprecedented winters, is one of the most beautiful and extraordinary stories of American literature.

This is considered a classic in the fantasy genre. I admit trying to read it many moons ago but I wasn’t able to get into the story. I’m tempted to try again. The copy I had was a library lend and I wasn’t able to read it within my allotted three weeks of borrowing time. Maybe if I owned a copy and could revisit it at will, I would be able to complete it. This is a fantastic review of the book by Helena at Goodreads:

“Ulysses” is the most important book in my life. “Winter’s Tale” is my favorite. If “Ulysses” is like that boyfriend/girlfriend with whom you’re Totaly Fucking In Love, and with whom you constantly fight, and break up, and get back together, and cheat on or get cheated on by, and break up with again, and get back together with again, and sit in your car outside their house listening to Fall Out Boy and crying and about whom you talk incessantly to your friends about what an Impossible Heartless Pointless Slutty Asshole they are and then light up like a schoolchild on Christmas morning when you get a text message from them, then “Winter’s Tale” is like the best friend who you kind of secretly want to marry one day. 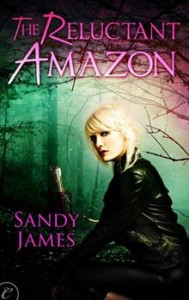 The last thing Rebecca Massee expects on her wedding day is to go from jilted kindergarten teacher to Amazonian Earth warrior. But when she causes an earthquake after her groom says I don’t, she discovers that not only does she possess incredible powers, she is one of four lost chosen sisters who must fight to keep humanity safe from rogue gods and demons. Luckily she has help: ruggedly handsome Scottish warrior Artair MacKay, her protector and teacher.

An immortal, Artair has trained countless warriors for more than four hundred years. He understands Rebecca’s confusion at the new world she’s been thrust into and worries she is too emotionally vulnerable, but that doesn’t stop his growing feelings for the beautiful and fearless woman.

When an evil force threatens to destroy the Amazons, Rebecca must claim her full powers–but they come at a cost. Can she sacrifice the man she loves if it means saving the world?

Book 1–Alliance of the Amazons

This is another of Carina Press’ $1.99 deals. Mandi from SmexyBooks said it was cute, light. Jayne enjoyed James’ contemporary Rules of the Game (review here). 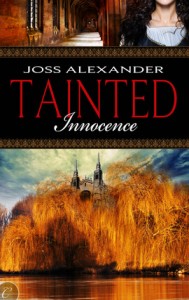 In Cambridge, the College of the Young Princes brings together all manner of people–with all manner of secrets. Among them is Bryony, an illiterate laundress and a stranger to the town, who lives in constant fear that her unusual upbringing and lack of friends will leave her vulnerable to accusations of witchcraft.

When Matthew Hobson, a scholar at the college, is found murdered and wrapped in linen that Bryony lost, she immediately becomes a suspect. But she is not the only one. Luke Hobson, a taciturn local tradesman who has sacrificed much for his charismatic but selfish brother, also has a motive for the murder.

With the university authorities eager to solve the crime, outsiders Bryony and Luke are forced into a wary alliance, knowing they have to track down the killer if they are to escape hanging. But can they trust in each other’s innocence in order to uncover the truth?

This was originally on sale at Google Play and was just price matched on Amazon. 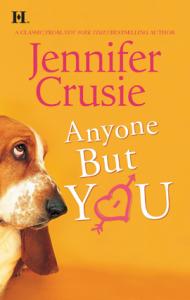 For Nina Askew, turning forty means freedom—from the ex-husband, freedom from their stuffy suburban home, freedom to focus on what she wants for a change. And what she wants is something her ex always vetoed—a puppy. A bouncy, adorable puppy.

Overweight, middle-aged, a bit smelly and obviously depressed, Fred is light-years from perky. But he does manage to put Nina in the path of Alex Moore, her gorgeous, younger-by-a-decade neighbor.

Alex seems perfect—he’s a sexy, seemingly sane, surprisingly single E.R. doctor—but the age gap convinces Nina that anyone but Alex would be better relationship material. But with every silver-haired stiff she dates, the more she suspects it’s the young, dog-loving doc she wants to sit and stay!