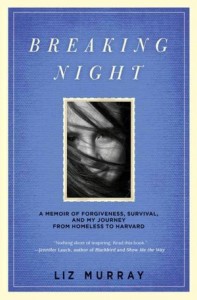 In the vein of The Glass Castle, Breaking Night is the stunning memoir of a young woman who at age fifteen was living on the streets, and who eventually made it into Harvard.

Liz Murray was born to loving but drug-addicted parents in the Bronx. In school she was taunted for her dirty clothing and lice-infested hair, eventually skipping so many classes that she was put into a girls’ home. At age fifteen, Liz found herself on the streets when her family finally unraveled. She learned to scrape by, foraging for food and riding subways all night to have a warm place to sleep.

When Liz’s mother died of AIDS, she decided to take control of her own destiny and go back to high school, often completing her assignments in the hallways and subway stations where she slept. Liz squeezed four years of high school into two, while homeless; won a New York Times scholarship; and made it into the Ivy League. Breaking Night is an unforgettable and beautifully written story of one young woman’s indomitable spirit to survive and prevail, against all odds.

I think I’ve found my next audio book. (I’m currently listening to the very excellent Generation Kill by Evan Wright). Most of the reviews are fours and fives with a straggling 3 star. The two of the four three star reviews say too much time spent on the part where she was desperate, alone and abandoned by her parents. Another was upset that the author never was molested, raped, or beaten and thus her story isn’t an accurate portrayal of impoverished kids. So yeah, I largely discounted those reviews. 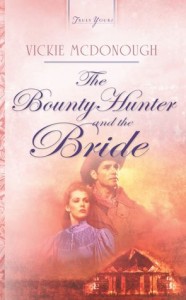 The Bounty Hunter And The Bride by Vickie McDonough. $1.99.

Katie Hoffman lost her husband after only four months of marriage. Pregnant and close to losing the farm, she advertises to sell it. When a handsome buyer offers to marry her and let her keep the farm, she hastily agrees, wanting to give her child a father. But rushing into another marriage proves to be a mistake when a rugged bounty hunter crashes the wedding to capture the groom. Will Katie slow down enough to hear God’s voice? Dusty McIntyre lost his wife to a heinous outlaw. After tracking the criminal for over a year, catching him doesn’t bring Dusty the satisfaction that he’d hoped for. Dusty feels compelled to help Katie. Will he stay and find the peace and love he is looking for?

Barbour Books has discounted over 100 books to $1.99. Barbour is an inspirational publishing house. Here is a refined search of romance books from Barbour Barbour Books Romance Selection 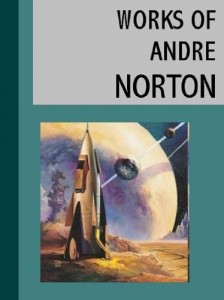 I don’t know much about DragonCon or Andre Norton but in celebration of DragonCon, all of Andre Norton’s books are $2.99 http://www.premierdigitalpublishing.com/dragoncon/

Confusingly there are several editions of Andre Norton’s works, particularly compilation editions and each compilation, while having a similar name, will have a different collection of works. 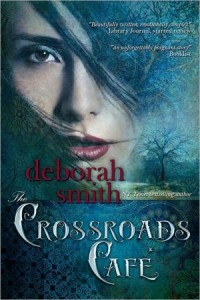 The Crossroads Cafe by Deborah Smith. $1.99.

The world’s most beautiful movie star is scarred in a firey car accident. Her career over and her self-esteem in shreds she hides in the magnificent home her grandmother left her in the mountains of North Carolina. But her motherly cousin refuses to let her become a recluse and a handsome neighbor with painful dilemmas of his own is lured into the mix. Romance family life drama humor and secrets.

BelleBooks is an imprint that is owned, in part, by Deborah Smith. She was one of the first romance authors to command a seven figure advanced but Smith fell out of love with her publisher when they allegedly couldn’t effectively promote the titles for which they had paid so handsomely. She began to self publish through her own publishing arm. When Smith moved away from traditional publishing, I felt that her writing voice remained strong but her new editor allowed her too much room in her narrative text. Passages became overlong and detracted from the power of the story. The Crossroads Cafe is a lovely story but one that could have used a heavier editing hand.