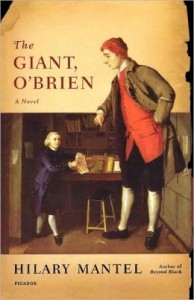 The year is 1782; the place, London: the center of science and commerce, home to the newly rich and magnet to the desperately poor. Among the latter is the Giant, O’Brien, a freak of nature, a man of song and story who trusts in the old myths, in Irish kings and fairies. He has come to exhibit his size for money. He has, he soon finds, come to die. His opposite is a man of science, a society surgeon, the famed anatomist John Hunter, employer to a legion of grave robbers. He lusts after the Giant’s corpse. Coin is offered. The Giant refuses. He will be buried, he will assume his throne in heaven. But money changes hands as friends are bribed. The Giant sickens, dies. Today, his bones may be seen by any curious stranger who visits the Huntarian Museum in London, part of the Royal College of Surgeons. Hailed as “an acute observer, fearless in exploring difficult subjects” (The Wall Street Journal), Mantel here tells of the fated convergence of two worlds–Ireland and England, poetry and science–on the cusp of a new century. As belief wrestles knowledge, so The Giant, O’Brien calls to us from a fork in the road. It is a tale of its time, a timeless tale. 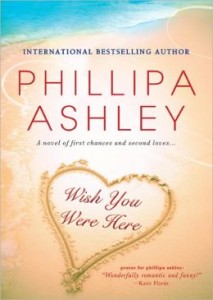 Wish You Were Here by Phillipa Ashley. $ .99

Beth Allen has moved on…

It’s been eight years since she and Jack Thornfield met on an exotic holiday and sparked up a seriously promising romance. But then he disappeared without a trace, and Beth’s life got dreadfully busy, demanding, and altogether complicated.

Then Jack and Beth run into each other again…while she’s applying for an exciting new job in London-at his company. For necessity’s sake, but against her better judgment, she takes the job, and from that moment on, complicated doesn’t even begin to describe it…

We’ve not read or reviewed this book but we have reviewed Ashley’s titles favorably in the past. At 99c, I couldn’t pass this title up. 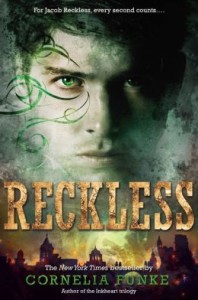 Ever since Jacob Reckless was a child, he has been escaping to a hidden world through a portal in his father’s abandoned study. Over the years, he has made a name for himself as a finder of enchanted items and buried secrets. He’s also made many enemies and allies–most important, Fox, a beautiful shape-shifting vixen whom Jacob cares for more than he lets on.

But life in this other world is about to change. Tragedy strikes when Jacob’s younger brother, Will, follows him through the portal. Brutally attacked, Will is infected with a curse that is quickly transforming him into a Goyl–a ruthless killing machine, with skin made of stone.

Jacob is prepared to fight to save his brother, but in a land built on trickery and lies, Jacob will need all the wit, courage, and reckless spirit he can summon to reverse the dark spell–before it’s too late.

Funke wrote Inkheart, a book that I had a great time reading with the tot. It looks like Reckless follows a familiar path where the real world and the literary world are blended. However, the reviews were lackluster and one said that fans of Inkheart should keep their expectations in check. 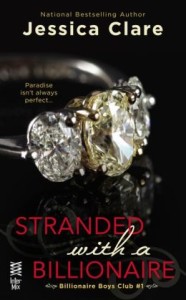 Stranded with a Billionaire by Jessica Clare. $ 2.99.

The Billionaire Boys Club is a secret society of six men who have vowed success – at any cost. Not all of them are old money, but all of them are incredibly wealthy. They’re just not always as successful when it comes to love…

He’s had a rough time after the death of his father and the betrayal of his fiancée. But with a visit to a recent business acquisition—a private island resort in the Bahamas—he has a chance to mend his broken heart.

When a hurricane blows in, a misplaced passport and a stalled elevator bring Logan together with an unusual woman named Bronte. She’s unlike anyone he’s ever met—down to earth, incredibly sensual, and even quotes Plato.

She also has no clue that he’s rich…

Bronte Dawson, a waitress from the Midwest, is stranded with the hotel’s domineering yet sexy manager Logan. What’s the harm in a little fling when it’s just the two of them, alone in paradise? But after several steamy island nights in Logan’s arms, Bronte’s ready to give her heart—and her body—to the man in charge.

But she soon discovers there’s more to Logan than he’s told her…a billion times more. Now, Bronte’s caught in a whirlwind affair with one of the world’s most powerful men. But can their love endure their differences or will it all just blow over?

Love. Sex. Money. Want more? Look out for the next steamy title in the Billionaire Boys Club series from Jessica Clare, coming from InterMix.

This is a full length novel.  Marquetta at Goodreads said:

This book was a pleasant surprise. I was hesitant to read it because it had “Billionaire” in the title. I’m on billionaire alpha males overload and wasn’t interested in reading about another one. Stranded with a Billionaire is completely different from the other billionaire romances out there even though the cover looks like all the other ones out there.