Daily Deals: Between You and Me by Emma McLaughlin 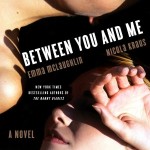 Emma McLaughlin and Nicola Kraus are the writing team behind the Nanny Diaries. I have never read them but this seems like a good deal for a book that is still in hardcover.

What happens when you are followed by millions . . . and loved by none?

Twenty-seven-year-old Logan Wade is trying to build a life for herself far from her unhappy childhood in Oklahoma. Until she gets the call that her famous cousin needs a new assistant— an offer she can’t refuse.

Logan hasn’t seen Kelsey in person since their parents separated them as kids; in the meantime, Kelsey Wade has grown into Fortune Magazine’s most powerful celebrity. But their reunion is quickly overshadowed by the toxic dynamic between Kelsey and her parents as Logan discovers that, beneath the glossy façade, the wounds that caused them to be wrenched apart so many years ago have insidiously warped into a show-stopping family business.

As Kelsey tries desperately to break away and grasp at a “real” life, beyond the influence of her parents and managers, she makes one catastrophic misstep after another, and Logan must question if their childhood has left them both too broken to succeed. Logan risks everything to hold on, but when Kelsey unravels in the most horribly public way, Logan finds that she will ultimately have to choose between rescuing the girl she has always protected . . . and saving herself. 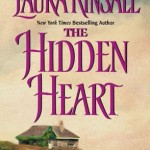 I don’t remember this book at all but it is related to The Shadow and the Star profiled earlier. The heroine is described as unconventional and the hero is “Gryphon Meridon, a sometime privateer and blockade runner” according to the Publishers’ Weekly summary.

When her eccentric naturalist father dies on the upper reaches of the Amazon, young Lady Tess Collier sets out to follow his last wishes: return to England and marry well. But Tess, who had accompanied her father on his expeditions since childhood, is as unconventional as she is beautiful. 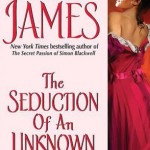 The Seduction of an Unknown Lady by Samantha James. $1.99.

This is the second book in the McBride series and was originally published in 2008. At Goodreads you have a 3.75 average rating.

Seduction is something Fionna Hawkes knows nothing about. So when she encounters a sexy stranger on a moonlit street, her first instinct is to defend herself against her darkly handsome suitor. But letting go of suspicion and allowing herself to fall for Lord Aidan McBride brings even greater danger. In his eyes, she glimpses a powerful passion she longs to fulfill. In his arms, she aches with the secret she longs to unburden. A secret that could cost her her livelihood—and her life.

Aidan could never resist a mystery, especially one as mesmerizing as the lovely Miss Hawkes! Drawing her into the shelter of his embrace, he won’t rest until he convinces her to reveal everything. Braving the danger that stalks Fionna at every turn, Aidan is determined to defend her—and just as determined to claim her as his own. 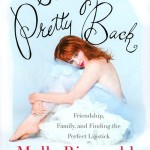 Getting the Pretty Back: Friendship, Family, and Finding the Perfect Lipstick by Molly Ringwald. $1.99.

Molly Ringwald is fairly iconic for a certain set of women. It does sound from the reviews that it’s for the hardcore Molly Ringwald fans.

The iconic Molly Ringwald shares intimate stories and candid advice in this fun, stylish, and sexy girlfriend’s guide to life

To her millions of fans, Molly Ringwald will forever be sixteen. As the endearing and witty star of the beloved John Hughes classics Sixteen Candles, The Breakfast Club, and Pretty in Pink, Molly defined teenage angst, love, and heartbreak. While remembered eternally as the enviable high school princess Claire, or the shy, vulnerable Samantha, Molly has just celebrated her fortieth birthday. Facing a completely new, angst-inducing time in her life, she is embracing being a woman, wife, mother of three, actress, and best friend with her trademark style, candor, and humor.

In Getting the Pretty Back, Molly encourages every woman to become “the sexiest, funniest, smartest, best-dressed, and most confident woman that you can be.” She shares personal anecdotes and entertaining insights about the struggle to get through the murky milestones and identity issues that crop up long after the prom ends. Whether she’s discussing sex and beauty, personal style, travel and entertaining, motherhood, or friendship, Molly embodies the spirit of being fabulous at every age, and reminds us all that prettiness is a state of mind: it’s “the part of you that knows what you really want, that takes risks.”

Lavishly illustrated by Ruben Toledo, Getting the Pretty Back is sure to charm women of all ages with Molly’s unforgettably personal, refreshingly outspoken take on life, love, and, of course, finding that perfect red lipstick. . . .