Daily Deals: Bestsellers for under $5 and several good reads under $3

What’s better than Black Friday or Cyber Monday?  The Love, Murder, and Everything Else eBook Sale! 24 quality, well-reviewed ebooks all reduced to just .99 cents for one entire week, November 27th – December 3rd. What’s your pleasure? Romance? They’ve got it! Mystery and Thrillers? They’ve got that too! And horror, science fiction, YA, and more! Plus, fun extras like a free short story and recipes.

Check it out and enter a chance to win a book retailer gift card for $100.00.  www.lovemurderandeverythingelse.com

We have some great Kindle deals today.

When looking for books to be discounted, Harlequin, Kensington and the small presses usually allow the coupon. Entangled, though, is published through Macmillan and so you can’t use the coupon on those books. (Tried that with Tessa Bailey’s lastest. No go). 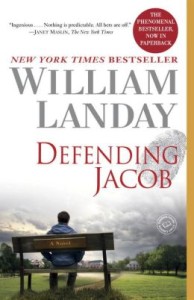 “A legal thriller that’s comparable to classics such as Scott Turow’s Presumed Innocent . . . Tragic and shocking, Defending Jacob is sure to generate buzz.”—Associated Press

Andy Barber has been an assistant district attorney for two decades. He is respected. Admired in the courtroom. Happy at home with the loves of his life, his wife, Laurie, and teenage son, Jacob.

Then Andy’s quiet suburb is stunned by a shocking crime: a young boy stabbed to death in a leafy park. And an even greater shock: The accused is Andy’s own son—shy, awkward, mysterious Jacob.

Andy believes in Jacob’s innocence. Any parent would. But the pressure mounts. Damning evidence. Doubt. A faltering marriage. The neighbors’ contempt. A murder trial that threatens to obliterate Andy’s family.

It is the ultimate test for any parent: How far would you go to protect your child? It is a test of devotion. A test of how well a parent can know a child. For Andy Barber, a man with an iron will and a dark secret, it is a test of guilt and innocence in the deepest sense.

How far would you go?

I can’t even make up some snarky comment about this because I find it so sad. I was reading an article about the young football player who stabbed his much older lover and the mother brokenly pleading that her son was not a murderer. It sounded like there were a lot of extra things going on in that relationship including stalking and possibly improper involvement by a man who shouldn’t be trying to pick up young high schoolers. Anyway, sad.

This was a BN recommended read and the NYT said that nothing in the book was predictable. Can’t ask for much more than that. 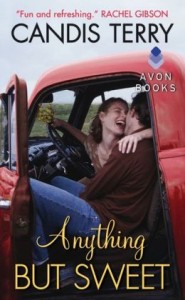 Anything But Sweet by Candis Terry. $ .99

If Charlotte Brooks thinks she and her TV makeover show can turn Reno Wilder’s hometown upside-down, he’ll be happy to prove her wrong. The ex-Marine has seen too much turmoil and he likes Sweet, Texas, just the way it is. Traditional. Familiar. A little dull. Everything Charli isn’t. But instead of backing off from his scowls like everyone else, Charli digs in her skyscraper heels.

Reno Wilder is a one-man unwelcoming committee, but Charli isn’t budging. It’s clear the gorgeous cowboy needs an overhaul just as much as Sweet. Someone needs to break him out of that gruff shell and show him how fun and rewarding a little change can be.

They’re about to find that loveis anything but predictable.

In the “Editorial Review” section there are two quotes from the same author. Actually the quotes are exactly the same. It’s likely an error but it made me think of a shelftalker. “In the vein of Rachel Gibson and Rachel Gibson comes a fresh new voice.” I wonder if they are friends because one of the reviews comes from The Idaho Statesman. Isn’t that where RG is from?

Rachel Gibson
“A fun and refreshing voice in contemporary romance.”

I’m guessing they want you to believe that if you like Rachel Gibson, you’ll like this author. PW says the book has humorous dialogue in clever situations. Hmm. 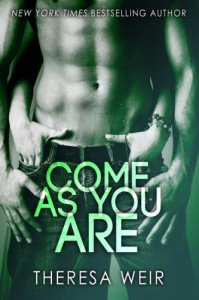 Molly Young has a secret. To keep it she holds the world at a distance. Behind her lies a trail of dumped boyfriends who came too close to discovering what no one can know. When her estranged father dies of an unexpected heart attack he leaves an even deeper secret, one tied to Molly’s.

At the funeral repast Molly is unable to tolerate the shoulder-to-shoulder mourners and runs out the door and down the street to the nearest bar. Come dawn, with no memory of the past ten hours, she finds herself in bed with a beautiful stranger. She slips away before he wakes up, unaware of the role he’s about to play in her life. Is he the one guy who can convince Molly to face her painful secret and become the person she’s meant to be?

I didn’t read this book even though I like Weir. I think we need to conscript Robin into reading and reviewing this book. I think the blurb was simply too generic for me.

She’s changed the cover (you can see the original by clicking on the BN link) and the price is all over the place. At Google it is $1.49. At most other retailers, it is .99. Probably the changes haven’t been picked up at the other retailers. But I probably preferred the first cover to the jaundiced / bilious? wash. 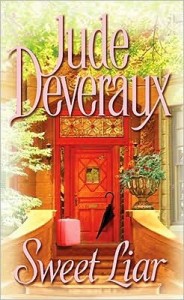 Pocket Books is proud to present Jude Deveraux’s first contemporary novel, a New York Times bestseller in hardcover, now a paperback total release. Sweet Liar tells the story of Samantha Elliot and Michael Taggart, whose first encounter in the courtyard of Mike’s New York City townhouse is the sexiest kiss either of them has ever experienced, and whose relationship from that moment on is just as stormy and exciting.

I’m not sure exactly what book you’re getting here because the blurb on the sites is for a sexy Black Ops Inc novel by Cindy Gerard but I don’t need no stinking blurb to tell you that I frickin’ loved Sweet Liar when it came out so many years ago.

It was one of the first contemporaries penned by Deveraux and really the only reason to read this book is for the twin scene. Deveraux was the author that pioneered the trope “I’ve got the right girl when she can tell me from my twin.” As corny as it is, I loved that scene.

But the subplot involving the flapper’s murder was pretty dull. Still totally enjoyed it so I must be harder than the die hard romance fan because PW says “the highly improbable story line, overloaded with convoluted plots and subplots, will discourage even the most die-hard romance fan.”