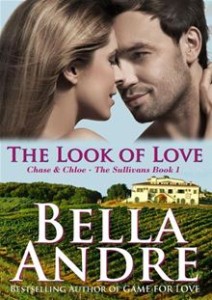 From the Jacket Copy:
Meet the Sullivans in this fun new contemporary romance series! With THE LOOK OF LOVE, bestselling author Bella Andre introduces you to Chase, the first Sullivan bad boy, who’s about to unexpectedly find love just around the bend in the road…

Chloe Peterson is having a bad night. A really bad night. The large bruise on her cheek can attest to that. And when her car skids off the side of a wet country road straight into a ditch, shes convinced even the gorgeous guy who rescues her in the middle of the rain storm must be too good to be true. Or is he?

As a successful photographer who frequently travels around the world, Chase Sullivan has his pick of beautiful women, and whenever hes home in San Francisco, one of his seven siblings is usually up for causing a little fun trouble. Chase thinks his life is great just as it isuntil the night he finds Chloe and her totaled car on the side of the road in Napa Valley. Not only has he never met anyone so lovely, both inside and out, but he quickly realizes she has much bigger problems than her damaged car. Soon, he is willing to move mountains to loveand protecther, but will she let him?

Chloe vows never to make the mistake of trusting a man again. Only, with every loving look Chase gives herand every sinfully sweet caressas the attraction between them sparks and sizzles, she cant help but wonder if shes met the only exception. And although Chase didnt realize his life was going to change forever in an instant, amazingly, he isnt the least bit interested in fighting that change. Instead, hes gearing up for a different fight altogether…for Chloes heart.

The first five books in the Bella Andre series is on sale for .99 each. If you use “VoucherCodes40” at Kobo, the books will be $.59 at Kobo. (Thanks Brian and CHH for the heads up) 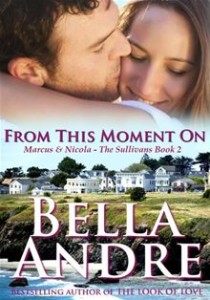 Marcus Sullivan has always been the responsible older brother, stepping in to take care of his seven siblings when their father died. But when the perfectly ordered future he’s planned turns out to be a lie, Marcus needs one reckless night to shake free from it all.

Known throughout the world by only one name-Nico-pop songstress Nicola Harding is seen as the ultimate sex kitten. But it’s all a lie. After a terrible betrayal she refuses to let anyone else close enough to find out who she really is…or to hurt her again. Especially the gorgeous stranger at the bar.

One night is all Nicola and Marcus agree to share with each other. But instead, a deeper connection than either of them could have anticipated begins…. 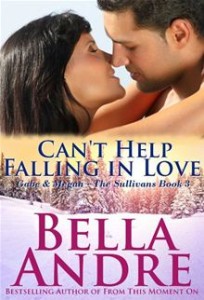 Get ready for another Sullivan bad boy to fall in love in the third book of Bella Andre’s bestselling contemporary romance series!

BOOK DESCRIPTION: Gabe Sullivan risks his life every day as a firefighter in San Francisco. But after learning a brutal lesson about professional boundaries, he knows better than to risk his heart to his fire victims ever again. Especially the brave mother and daughter he saved from a deadly apartment fire…and can’t stop thinking about.

Megan Harris knows she owes the heroic firefighter everything for running into a burning building to save her and her seven-year-old daughter. Everything except her heart. Because after losing her navy pilot husband five years ago, she has vowed to never suffer through loving – and losing – a man with a dangerous job again.

Only, when Gabe and Megan meet again and uncontrollable flames of desire ignite between them, how can he possibly ignore her courage, determination, and beauty? And how can she deny not only his strong bond with her daughter…but the way his sweetly sensual kisses are challenging her to risk everything shes been guarding for so long?

This winter, if one – or both – of them arent careful, they just might end up falling in love. 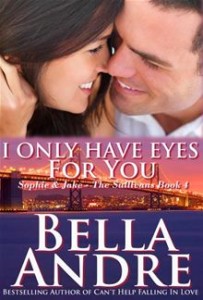 Get ready for another Sullivan to fall in love Bella Andre’s bestselling contemporary romance series!

BOOK DESCRIPTION: Sophie Sullivan, a librarian in San Francisco, was five years old when she fell head over heels in love with Jake McCann. Twenty years later, shes convinced the notorious bad boy still sees her as the nice Sullivan twin. That is, when he bothers to look at her at all. But when they both get caught up in the magic of the first Sullivan wedding, she knows its long past time to do whatever it takes to make him see her for who she truly is…the woman who will love him forever.

Jake has always been a magnet for women, especially since his Irish pubs made him extremely wealthy. But the only woman he really wants is the one he can never have. Not only is Sophie his best friends off-limits younger sister…he cant risk letting her get close enough to discover his deeply hidden secret.

Only, when Sophie appears on his doorstep as Jakes every fantasy come to lifesmart, beautiful, and shockingly sexyhe doesnt have a prayer of taking his eyes, or his hands, off her. And he cant stop craving more of her sweet smiles and sinful kisses. Because even though Jake knows loving Sophie isnt the right thing to do…how can he possibly resist? 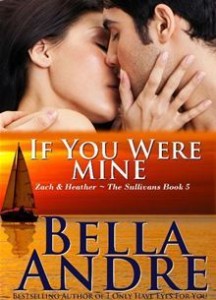 Can two people who have both sworn off love find forever in each other’s arms? Find out in IF YOU WERE MINE, the fifth book in Bella Andres bestselling Sullivan family contemporary romance series.

The last thing Zach Sullivan wants is to take care of his brother’s new puppy for two weeks. Until he meets the dog trainer, that is. Heather is bright, beautiful, and he can’t stop thinking about her. Unfortunately, she just might be the only woman on earth who wants nothing to do with him.

Heather Linsey can’t believe she’s stuck working with one of the citys top dogs, auto-shop tycoon Zach Sullivan. Especially when his focus is clear from the startnot only to learn how to deal with his temporary puppy…but also to make Heather his. Having sworn off love at seventeen when she realized it was nothing more than a pack of lies, she has stuck to her vow never to fall for a charming man.

But as Heather’s determination to push Zach away only fuels his determination to get closerand the sensual and emotional connection between them grows more and more undeniablewill the biggest Sullivan bad boy of all tempt her into believing in love again?

The first 4 books in the Sullivan series are also available! 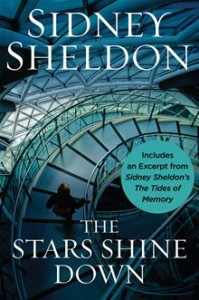 The Stars Shine Down with Bonus Material by Sidney Sheldon. $ 1.99

Lara Cameron, an insecure, ruthless, and beautiful self-made billionaire finds that everything she has ever desired and won has become swiftly imperiled.

PW says “Imagine Donald Trump as a drop-dead gorgeous woman and you’ll have an approximate image of Lara Cameron, the heroine of Sheldon’s latest–barely tepid–potboiler.” 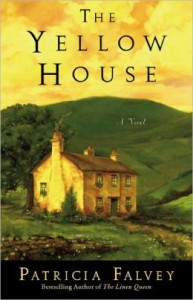 THE YELLOW HOUSE delves into the passion and politics of Northern Ireland at the beginning of the 20th Century. Eileen O’Neill’s family is torn apart by religious intolerance and secrets from the past. Determined to reclaim her ancestral home and reunite her family, Eileen begins working at the local mill, saving her money and holding fast to her dream. As war is declared on a local and global scale, Eileen cannot separate the politics from the very personal impact the conflict has had on her own life.

She is soon torn between two men, each drawing her to one extreme. One is a charismatic and passionate political activist determined to win Irish independence from Great Britain at any cost, who appeals to her warrior’s soul. The other is the wealthy and handsome black sheep of the pacifist family who owns the mill where she works, and whose persistent attention becomes impossible for her to ignore.

PW writes “This novel delivers the best of both worlds: secrets, intrigue and surprising twists will keep readers flipping the pages, while Falvey’s insight and poetic writing tugs at the heartstrings of the most cynical audiences.” 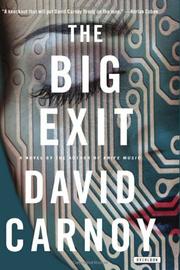 By the acclaimed author of the remarkable debut novel, Knife Music, The Big Exit is a suspenseful crime novel that keeps the surprises coming right up to the end.

Richie Forman is freshly out of prison. By night, he makes a living impersonating Frank Sinatra in San Francisco’s lounges and corporate parties. But then his ex-best friend—the man who stole his fiancée while he was in prison—is found hacked to death in his garage, and Richie is the prime suspect. In a murder mystery with the twists and turns of a microchip, Carnoy weaves his characters like a master. He has written an authentic, unputdownable thriller that is sure to chill and delight.

“Carnoy (Knife Music) heads to high-tech Silicon Valley for his sophomore thriller, but the story is as old-fashioned as betrayal, greed and murder. Colorful characters abound in Carnoy’s legal caper… Carnoy knows the territory perfectly, and with judicious use of clever phrases that never distract from the crime caper, he’s spot on with his characterizations, all of which seem both archetypal and yet sparkling with individual personalities and interesting back stories. Add an intriguing semi-red herring or two, and the climax comes with a satisfying twist. A first-rate crime caper.” -Kirkus