From the national bestselling author of Inside Out–a sizzling story of insatiable passion.

Gillian Forrester spent her life running…until Miles came along. The moment she held her older sister’s unwanted newborn, Gillian stopped running and began building a life for her adopted son. Now, thirteen years later, Gillian’s sister reveals the father’s identity on her deathbed-a revelation that shakes Gillian to her core.

I thought this book was remarkably conflict free despite the set up. 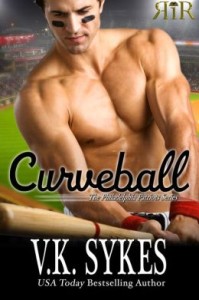 Taylor Page has never wanted anything but a career in major league baseball. Through talent and guts, she’s finally landed a position as Assistant General Manager of the Philadelphia Patriots. The only problem is that most men in baseball still don’t take a woman exec seriously, especially a thirty-year old blonde with no on-field experience. She needs to do something big to convince her bosses she has what it takes to run a team.

Veteran Pittsburgh outfielder Ryan Locke’s career is in jeopardy when a suddenly unreliable throwing arm comes on top of rehab from a major injury. A single parent with a troubled daughter and an alcoholic mother to provide for, retirement is out of the question. Ryan’s best hope is for a trade to an American League team as a designated hitter, allowing him several more years of play.

When Taylor needs a replacement for an injured first baseman, she comes up with an innovative but risky idea: convince her boss to make a trade for Ryan Locke, and then convince the still talented slugger to play first base for the Patriots. With Ryan dead-set against that plan and both their careers on the line, neither Taylor nor Ryan can afford the explosive physical attraction between them. But despite Taylor’s best efforts to resist Ryan’s campaign of seduction, she’s not sure she’s got the willpower to keep from playing along.

I’ve not read this and I think it was part of a sports anthology boxed set earlier. The real Pittsburgh baseball team made the playoffs for the first time in 21 years which has nothing to do with the book. The premise of the book isn’t as outrageous as it seems. While it isn’t commonly done, there are a few position players who used to be former pitchers such as Rick Ankiel with the Cards who completely lost it as a pitcher and reinvented himself as an outfielder with a good bat. I kind of like the idea. 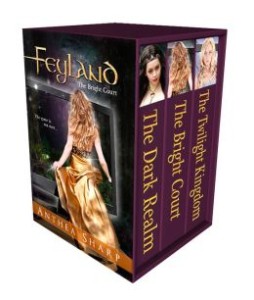 Faeries. Computer games. A boy from the wrong side of the tracks, and the girl he’s afraid to love…

What if a high-tech computer game was a gateway to the treacherous Realm of Faerie?

I wish these descriptions were more complete. According to an author search, the first book is Feyland: The Dark Realm and the premise is “what if a high-tech computer game was a gateway to the dangerous Realm of Faerie?” 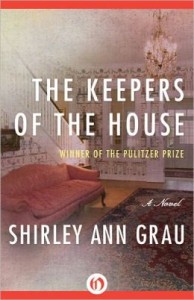 Overview
Grau’s Pulitzer Prize–winning classic, about the racial prejudice and long-buried secrets that threaten to destroy a distinguished Southern family The Howland dynasty began after the War of 1812, when a young Tennessee solider fighting for Andrew Jackson settled in Alabama. Over the next century, the Howlands accumulated a fortune, fought for Secession, helped rebuild the South, and established themselves as one of the most respected families in the state. But that history means little to Abigail Howland. Though she inherited the Howland manse, her fortunes reverse when her family’s mixed-race heritage comes to light and her community—locked in the prejudices of the 1960s—turns its back on her. Faced with such deep-seated prejudice, Abigail is pushed to defend her family at all costs. Winner of the 1965 Pulitzer Prize for fiction, The Keepers of the House is an unforgettable story of family, tradition, and racial injustice set against a richly drawn backdrop of the American South. This ebook features an illustrated biography of Shirley Ann Grau, including rare photos and never-before-seen documents from the author’s personal collection.

Who can turn down a Pulitzer Prize winning novel for under $1.99?