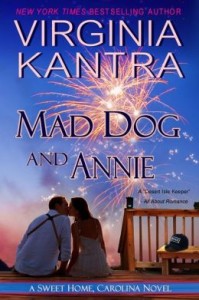 “At one time MAD DOG AND ANNIE thought they’d have a future together, but he left town and she married his best friend. Now the sinfully sexy policeman unexpectedly returns and once again looks in her direction. Years of abuse from her soon-to-be-ex have made the single mom wary of love. Well-developed characters, strong emotions and good romantic tension blend beautifully in this first-rate Virginia Kantra offering.” –RT Book Reviews

Bad boy Maddox “Mad Dog” Palmer has loved Annie Barclay since they were kids. But when she married his high school teammate, golden boy Rob Cross, Maddox backed off and moved away. Now he’s back in town, and Ann is in trouble, threatened by both her abusive ex-husband and the law.

Tender-hearted Ann is fighting for a new life and custody of her young son. She has enough on her plate without a burned out, big city cop reigniting an old flame or reminding her of the girl she used to be. Maddox tempts her beyond her safe boundaries. But can the first man who made Ann feel desire teach her to love again?

I think I’ve read this book and enjoyed it but it has been so very long. It was originally published in 2000. The reviewer at All About Romance said this story concerning domestic violence is well-crafted without being dark and heavy. 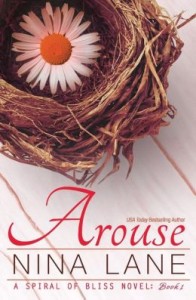 “One day I’m going to touch you in a thousand different ways and show you how to touch me,” he said.

But after three years of a blissful, lusty marriage, Liv and Dean now face a crisis that threatens everything they believe about each other as dark secrets and temptations rise to the surface.

This was sent to my inbox as a recommendation. The first book in the series is .99. The marriage in trouble story is told from both character’s points of view but contains a number of flashbacks. 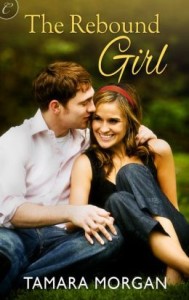 The Rebound Girl by Tamara Morgan. $ .99

Plastic surgeon Whitney Vidra knows all about getting over a cheating ex. She followed her boyfriend halfway around the world before she found out about his infidelity. Now she’s focusing on her career and her friends, and using men just for single-serving, no-strings fun. Until she meets charming Matt Fuller.

Newly single Matt is captivated by the vibrant Whitney, in every way the opposite of his cheating ex-wife. When he confesses to Whitney that he hasn’t had sex since his divorce, she volunteers to be his rebound girl. But Matt’s not a no-commitment kind of guy—he’s either all in, or all out.

Whitney is determined to remain attachment-free, but Matt is equally determined to prove to her that what they have is more than just a rebound fling.

I didn’t love this book. Whitney grated on my nerves a lot but I know others found her personality refreshing. 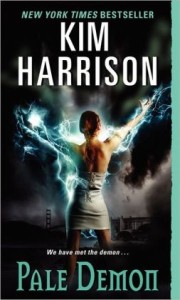 Condemned and shunned for black magic,Rachel Morgan has three days to get tothe annual witches’ conference and clearher name, or be trapped in the demonicever-after . . . forever after.

But a witch, an elf, a living vampire, anda pixy in one car going across the country?Talk about a recipe for certain disaster, evenwithout being the targets for assassination.

For after centuries of torment, a fearsomedemon walks in the sunlight—freed at lastto slay the innocent and devour their souls.But his ultimate goal is Rachel Morgan, andin the fight for survival that follows, evenembracing her own demonic nature maynot be enough to save her.

I stopped reading the series at book three that I know this is a series that has remained popular with a lot of urban fantasy readers. Booklist gave it a starred review and said that it was an excellent entry guaranteed to satisfy the author’s fans.