Daily Deals: Julia Child special, Freebies, and a popular YA

Samhain has started a book club. The pick is Lakota Surrender by Karen Kay and is currently free at the Samhain store and at Amazon. 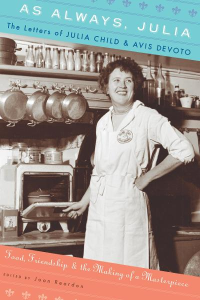 As Always, Julia: The Letters of Julia Child and Avis DeVoto by Joan Reardon. $1.99.

With her outsize personality, Julia Child is known around the world by her first name alone. But despite that familiarity, how much do we really know of the inner Julia?

Now more than 200 letters exchanged between Julia and Avis DeVoto, her friend and unofficial literary agent memorably introduced in the hit movie Julie & Julia, open the window on Julia’s deepest thoughts and feelings. This riveting correspondence, in print for the first time, chronicles the blossoming of a unique and lifelong friendship between the two women and the turbulent process of Julia’s creation of Mastering the Art of French Cooking, one of the most influential cookbooks ever written.
Frank, bawdy, funny, exuberant, and occasionally agonized, these letters show Julia, first as a new bride in Paris, then becoming increasingly worldly and adventuresome as she follows her diplomat husband in his postings to Nice, Germany, and Norway.

With commentary by the noted food historian Joan Reardon, and covering topics as diverse as the lack of good wine in the United States, McCarthyism, and sexual mores, these astonishing letters show America on the verge of political, social, and gastronomic transformation.

This is Amazon’s Kindle Daily Deal so the price is likely only good for Amazon. Today is Julia Child’s birthday. 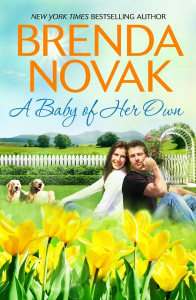 A Baby of Her Own by Brenda Novak. $Free.

…is a baby. A baby of her own. At thirty, she longs to break away from the constraints of her life. Longs to reach out for her heart’s desire. She’d prefer marriage as well, but there’s no man in Dundee, Idaho, she’s interested in marrying.

Then one winter night she and her best friend, Rebecca, go to Boise with the intent of finding a man for Delaney. She meets a handsome stranger named Conner, a man who might be able to provide her with the solution she needs…and the baby she wants!

Afterward she thinks she must have been out of her mind. But it’s too late. Because she’s pregnant. And because the stranger isn’t a stranger anymore. Conner Armstrong is now living on a ranch just outside Dundee.

Free at most stores including Harlequin (where you can pick up an ebook copy). Appears to be part of the same series of the book that is featured in yesterday’s deals. 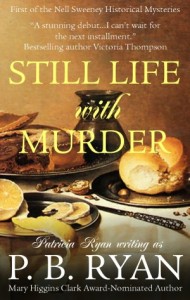 Still Life With Murder by P. B. Ryan. $Free.

National bestseller Still Life With Murder is the first book of P.B. Ryan’s acclaimed historical mystery series featuring Boston governess Nell Sweeney and opium-smoking former battle surgeon Will Hewitt. Thought to have died during the Civil War, Will is arrested for murder, and Nell must prove his innocence. Originally published by Berkley Prime Crime.

“A beautiful combination of entertaining characters, minute historical research, and a powerful evocation of time and place. I’m very glad there will be more…

This is the first in a series featuring Nell Sweeney and Will Hewitt. It’s a well done mystery/romance set in 19th C Boston. 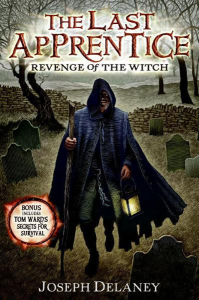 For years, Old Gregory has been the Spook for the county, ridding the local villages of evil. Now his time is coming to an end. But who will take over for him? Twenty-nine apprentices have tried–some floundered, some fled, some failed to stay alive. Only Thomas Ward is left. He’s the last hope; the last apprentice. Can Thomas succeed? Will he learn the difference between a benign witch and a malevolent one? Does the Spook’s warning against girls with pointy shoes include Alice? And what will happen if Thomas accidentally frees Mother Malkin, the most evil witch in the county … ?

This first book in the YA fantasy series by Joseph Delaney is well reviewed.