Daily Deals: And now for something completely different

Via LifeHacker (whom I read and follow on Twitter), I learned of the promotion for Pixelmator. Pixelmator is an image editing program a bit like Photoshop. It isn’t as powerful but it’s much less costly. I use it all the time for the blog and it remains one of my most used tools and at $14.99, 50% off the regular price, it is a really good deal. 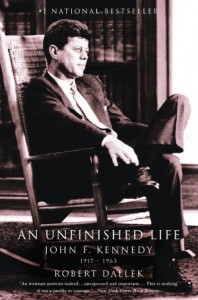 While JFK remains the subject of endless media attention and national fascination more than 40 years after his assassination, Dallek’s book provides fresh revelations and perspective. 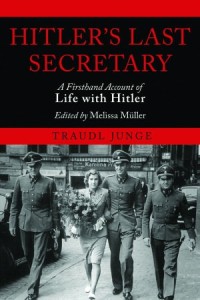 Hitler’s Last Secretary: A Firsthand Account of Life with Hitler by Traudl Junge. $ 1.99

In 1942 Germany, Traudl Junge was a young woman with dreams of becoming a ballerina when she was offered the chance of a lifetime. At the age of twenty-two she became private secretary to Adolf Hitler and served him for two and a half years, right up to the bitter end. Junge observed the intimate workings of Hitler’s administration, she typed correspondence and speeches, including Hitler’s public and private last will and testament; she ate her meals and spent evenings with him; and she was close enough to hear the bomb that was intended to assassinate Hitler in the Wolf’s Lair, close enough to smell the bitter almond odor of Eva Braun’s cyanide pill. In her intimate, detailed memoir, Junge invites readers to experience day-to-day life with the most horrible dictator of the twentieth century.

One of the reviewers says that the book was a main source for the movie Downfall. Another reviewer says that if you’ve seen Downfall, you won’t learn anything new. Kind of amusing. 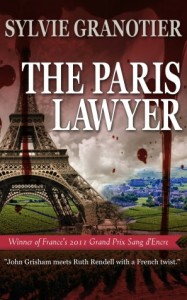 The Paris Lawyer by Sylvie Granotier. $ 2.99

Winner of the Grand Prix Sang d’Encre crime fiction award in 2011, for the first time in English.

As a child, Catherine Monsigny was the only witness to a heinous crime. Now, she is an ambitious rookie attorney in sophisticated modern-day Paris. On the side, she does pro bono work and hits the jackpot: a major felony case that could boost her career. A black woman is accused of poisoning her rich farmer husband in a peaceful village in central France, where the beautiful, rolling hills hold dark secrets. While preparing the case, Catherine’s own past comes back with a vengeance. This fast- paced story follows Catherine’s determined search for the truth in both her case and her own life. Who can she believe? And can you ever escape from your past? The story twists and turns, combining subtle psychological insight with a detailed sense of place.

One review said that it is complicated (and maybe due to the multiple points of view) but the ratings were very good. 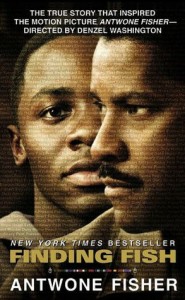 Baby Boy Fisher was raised in institutions from the moment of his birth in prison to a single mother. He ultimately came to live with a foster family, where he endured near-constant verbal and physical abuse. In his mid-teens he escaped and enlisted in the navy, where he became a man of the world, raised by the family he created for himself.

Finding Fish shows how, out of this unlikely mix of deprivation and hope, an artist was born — first as the child who painted the feelings his words dared not speak, then as a poet and storyteller who would eventually become one of Hollywood’s most sought-after screenwriters.

A tumultuous and ultimately gratifying tale of self-discovery written in Fisher’s gritty yet melodic literary voice, Finding Fish is an unforgettable reading experience.

From the Amazon.com reviewer: “Thank goodness Antwone Fisher’s story has a happy ending–otherwise, his searing memoir would be nearly unbearable to read.” And from the most baffling one star review I’ve ever read:

I saw the film, Antwone Fisher, in the theater and watched it recently on Cinemax. Then I read the book. This is not only a poignant story, but it’s beautifully, passionately written.
I’m white; I was never in foster care; I’ve never been homeless or experienced those horrendous problems, but I understood. I felt Fisher’s pain and triumph. Thanks for an emotional, powerful reading experience.