Daily Deals: An epic western, an epic fantasy, and a couple of contemporaries 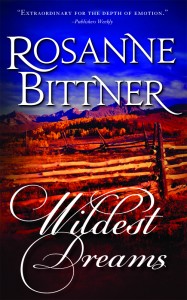 Lettie MacBride knew that joining a wagon train heading West was her chance to begin anew, far from the devastating memories of the night that had changed her forever. She didn’t believe she could escape the pain of innocence lost or feel desire for any man…until she meets Luke Fontaine.
Haunted by his own secrets, Luke could never blame Lettie for what had happened in the past. One glance at the pretty red-haired lass was enough to fill the handsome, hard-driving pioneer with a savage hunger.

Against relentless snows, murderous desperadoes, and raiding Sioux, Luke and Lettie will face a heartrending choice: abandon a lawless land before it destroys them, or fight for their…Wildest Dreams.

This is a one day deal as it is a B&N Daily Deal that is price matched by Amazon. 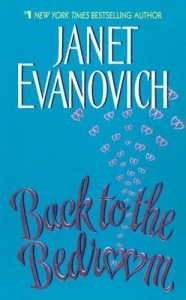 Back to the Bedroom by Janet Evanovich. $ .99

I lived in northern Virginia when I wrote Back to the Bedroom. My children were young, and we spent a lot of time visiting the Washington, D.C. museums and wandering through the historic neighborhoods. One day while strolling Capitol Hill I came upon two townhouses that captured my imagination. The houses were totally different — a birthday cake of a house and a bran muffin of a house, and yet they shared a common wall. I wondered about the people who lived inside the houses. And eventually the
houses inspired Back to the Bedroom.

And for Plum fans, you’ll be interested to find that this was the first of the four romances to feature Elsie Hawkins, the prototype for Grandma Mazur.

Before Evanovich was famous for the Stephanie Plum series, she wrote category romances for Loveswept. She was able to infuse good humor with a mostly decent romance. 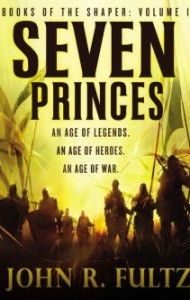 It is an Age of Legends.

Under the watchful eye of the Giants, the kingdoms of Men rose to power. Now, the Giant-King has slain the last of the Serpents and ushered in an era of untold peace and prosperity. Where a fire-blackened desert once stood, golden cities flourish in verdant fields.

It is an Age of Heroes.

But the realms of Man face a new threat– an ancient sorcerer slaughters the rightful King of Yaskatha before the unbelieving eyes of his son, young Prince D’zan. With the Giant-King lost to a mysterious doom, it seems that no one has the power to stop the coming storm.

It is an Age of War.

The fugitive Prince seeks allies across the realms of Men and Giants to liberate his father’s stolen kingdom. Six foreign Princes are tied to his fate. Only one thing is certain: War is coming.

Some will seek glory.

Some will seek vengeance.

All will be legends.

I bought this book for Ned.  The five star most helpful review on Amazon is quite compelling: “There’s no adolescent gaining of power and learning to control it in Seven Princes, or a grand quest as a metaphor for coming-of-age and the journey to manhood, and there are no ancient prophesies to be followed through to predictable outcomes, but all that’s good about fantasy fiction is here nonetheless and given a much more thrilling introduction than is customary for the first part of a trilogy.” 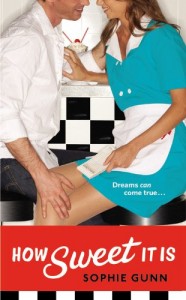 Single mom Lizzie Bea Carpenter learned long ago that no white knight was coming to save her. A hardworking waitress at the local diner, she’s raising her daughter to be like the independent women in her “Enemy Club”—high school rivals turned best friends, promising to always tell each other the whole truth and nothing but!

Yet part of Lizzie wishes she did have a man’s help, just for small stuff, like fixing up the house. Her fairy godmother must have been listening, because Dante “Tay” Giovanni soon appears. He’s sexy, kind, and offering assistance—no strings attached.

Slowly, steadily, Lizzie’s heart opens. But the grip of the past is fierce, and nothing in life is ever really free. Tay has his own tragedies to overcome, but if he can, he’ll fix more than Lizzie’s home. He’ll show her just how sweet it is to be loved by him.

This cover and title seems to promise some delightful confectionery of a book, but it deals with a more serious topic. It didn’t work entirely for me but at $2.99 you can try it for yourself. My review is here.