Daily Deals: An assortment of goodies from a nobel laureate to an award winning historical romance author 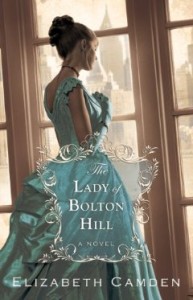 The Lady of Bolton Hill by Elizabeth Camden. $ 2.99

Female journalists are rare in 1879, but American-born Clara Endicott has finally made a name for herself with her provocative articles championing London’s poor. When the backlash from her work forces a return home to Baltimore, Clara finds herself face-to-face with a childhood sweetheart who is no longer the impoverished factory worker she once knew. In her absence, Daniel Tremain has become a powerful industry giant and Clara finds him as enigmatic as ever. However, Daniel’s success is fueled by resentment from past wounds and Clara’s deeply-held beliefs about God’s grace force Daniel to confront his own motives. When Clara’s very life is endangered by one of Daniel’s adversaries, they must face a reckoning neither of them ever could have foreseen.

Camden is an inspirational writer but from what I’ve read in the reviews and from Kelly here at Dear Author, religion is not an overwhelming part of the story. Camden does seem to write unique historical periods. 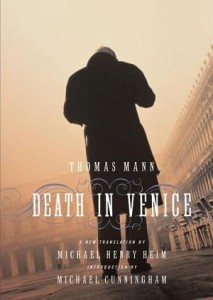 From the reviews, this appears to be a collection of short stories. The reviews are strong calling the writing pure poetry. 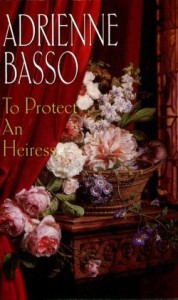 Adrienne Basso crafts a spellbinding tale of suspense, mystery, and unexpected passion among the elegant salons and ballrooms of Regency England…
Blessed with beauty, fortune, and noble birth, Lady Meredith Barrington puzzles the ton by choosing to remain single. Then a roguish bet placed by her younger brothers leads Meredith to impulsively flirt with—and boldly kiss—the handsome, brooding Marquess of Dardington. A threatened scandal results in a hasty wedding. Theirs is a marriage of convenience, and Meredith is determined to maintain her usual independent ways. Then an apparent accident nearly takes her life, and Meredith, shaken, finds herself turning again and again to her husband, for comfort, for reassurance…and more.

Trevor Morley, Marquess of Dardington, is less than pleased when he’s forced to wed, and vows to avoid his lovely wife—no matter how tempting that soul-stirring kiss in the garden. But when the ton is rocked by a string of savage murders, Trevor comes to realize that the killer has targeted Meredith. He ensures that he’s always at her side…day and night. Their intimacy ignites a fiery passion between them, and both are stunned to discover that what began in rueful obedience to Society’s dictates has become a love match. But can Trevor protect the woman he cherishes from deadly harm?

To Protect an Heiress, you need a lot of flowers. And a red velvet curtain.

Reviews for the book are mixed. One reviewer was turned off by the heroine getting her best friend’s husband 8 years after said BFF died. Another reviewer said that the author should have used more than just the word penis and that a woman on top wasn’t really a naughty position. Lady Kate Derramore and the Marquis of Northbrooke have one thing in common: In order to receive their inheritances, they must marry. Lady Kate, prevented from marrying the man she loves by her father’s will, determines to marry for convenience. With the forthrightness for which she is noted, she sets her sights on Jack—aforesaid Marquis. Jack, meanwhile, has tumbled into love with Kate at their first meeting. All might have gone swimmingly, were it not for his “other life,” the mysterious job that calls him out of town at the most inopportune moments. Unwittingly, he puts Lady Kate’s life in danger, and while attempting to rescue her comes up against her “reins-grabbing” nature. Will he ever be able to master Lady Kate? Will he ever be able to oust another man from her heart? And, despite Kate’s penchant for disaster, will he be able to save her life and his own?

→ Jane
Previous article: REVIEW: Into the Deep by Samantha Young
Next Post: Monday News: Reporters beware, computers are writing your news now; Big books are back; Why I hate the strong heroine and more.