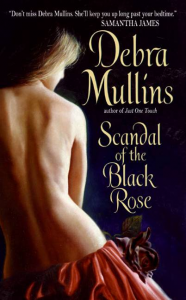 Scandal of the Black Rose by Debra Mullins. $1.99.

The dashing gentleman and the determined lady both pursue the secrets of the Black Rose Society. But what they discover is forbidden passion and a dangerous desire.

The jacket copy for this book is shockingly anemic. What I’ve gleaned from the reviews is that the heroine lost her twin brother and seeks to discover the reason for his death. Disguised as a prostitute in the Vauxhall Gardens, she is discovered by the hero who is pursuing a secret society that is connected to several deaths. The book itself has mixed reviews. 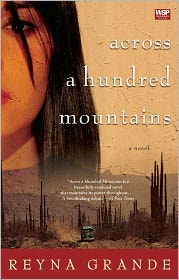 Across a Hundred Mountains by Reyna Grande. $2.99.

Across a Hundred Mountains is a stunning and poignant story of migration, loss, and discovery as two women — one born in Mexico, one in the United States — find their lives joined in the most unlikely way.
After a tragedy separates her from her mother, Juana García leaves her small town in Mexico to find her father, who left his home and family two years before to find work in America, el otro lado, and rise above the oppressive poverty so many of his countrymen endure.

Out of money and in need of someone to help her across the border, Juana meets Adelina Vasquez, a young woman who left her family in California to follow her lover to Mexico. Finding each other — in a Tijuana jail — in desperate circumstances, they offer each other much needed material and spiritual support and ultimately become linked forever in the most unexpected way.

The phenomenon of Mexican immigration to the United States is one of the most controversial issues of our time. While it is often discussed in terms of the political and economic implications, Grande, with this brilliant debut novel and her own profound insider’s perspective, puts a human face on the subject. Who are the men, women, and children whose lives are affected by the forces that propel so many to risk life and limb, crossing the border in pursuit of a better life?

Take the journey Across a Hundred Mountains and see.

Received a Starred Review from PW in 2006 when it was originally published. 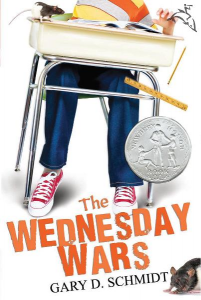 Gary D. Schmidt was awarded a Newbery Honor in 2008 for The Wednesday Wars, the story of seventh grader Holling Hoodhood from suburban Long Island in 1967 who is stuck spending his Wednesday afternoons with his teacher Mrs. Baker… who is clearly trying to kill him with Shakespeare. As time rolls on, Shakespeare starts to grow on Holling, and even when he’s not playing the yellow-tighted role of the fairy Ariel, he can’t help but hurl the occasional Elizabethan insult. Laugh-out-loud scenes involving overfed escaped classroom rats and chalk-dusted cream puffs mix seamlessly with more poignant moments, some related to the Vietnam War. Holling is courageous, funny, and unique… and readers will love seeing him evolve beyond the expectations of others to become his own fabulous self.

It’s a Newbery medalist and it sounds like a great book, for both boys and girls. 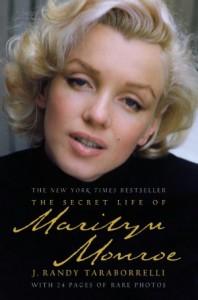 When Marilyn Monroe became famous in the 1950s, the world was told that her mother was either dead or simply not a part of her life. However, that was not true. In fact, her mentally ill mother was very much present in Marilyn’s world and the complex family dynamic that unfolded behind the scenes is a story that has never before been told…until now. In this groundbreaking book, Taraborrelli draws complex and sympathetic portraits of the women so influential in the actress’ life, including her mother, her foster mother, and her legal guardian. He also reveals, for the first time, the shocking scope of Marilyn’s own mental illness, the identity of Marilyn’s father and the half-brother she never knew, and new information about her relationship with the Kennedy’s-Bobby, Jack, and Pat Kennedy Lawford. Explosive, revelatory, and surprisingly moving, this is the final word on the life of one of the most fascinating and elusive icons of the 20th Century.

This guy has written a lot of books on celebrities and a few on the Kennedy era.