Daily Deals: A thought provoking YA, an Australian set chick lit, Brothers of the Old West, and a freebie short story collection 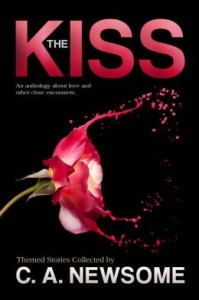 The Kiss: An Anthology About Love and Other Close Encounters by C. A. Newsome. $ Free

A kiss is a simple communication. It can also be an exchange, a betrayal, an assault, a promise, a hope…or it could be a goodbye. The intimacy of a kiss cannot be denied. Whether shared, stolen or simply dreamed of, its recipient will be affected. Thirty-one stories by authors from around the world will tease your imagination as you anticipate ‘The Kiss’ in each weird or wonderful tale.

So there are a ton of authors in this collection and its 130,000 words so I’m guessing it is only 5,000 words per story. It’s free everywhere but Amazon. I thought that was kind of humorous. My guess is Amazon will match the freebie later today. 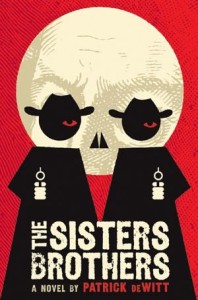 Shortlisted for the Booker Prize

Hermann Kermit Warm is going to die. The enigmatic and powerful man known only as the Commodore has ordered it, and his henchmen, Eli and Charlie Sisters, will make sure of it. Though Eli doesn’t share his brother’s appetite for whiskey and killing, he’s never known anything else. But their prey isn’t an easy mark, and on the road from Oregon City to Warm’s gold-mining claim outside Sacramento, Eli begins to question what he does for a living–and whom he does it for.

With The Sisters Brothers, Patrick deWitt pays homage to the classic Western, transforming it into an unforgettable comic tour de force. Filled with a remarkable cast of characters–losers, cheaters, and ne’er-do-wells from all stripes of life–and told by a complex and compelling narrator, it is a violent, lustful odyssey through the underworld of the 1850s frontier that beautifully captures the humor, melancholy, and grit of the Old West and two brothers bound by blood, violence, and love.

“If Cormac McCarthy had a sense of humor, he might have concocted a story like Patrick DeWitt’s bloody, darkly funny western THE SISTERS BROTHERS…[DeWitt has] a skillfully polished voice and a penchant for gleefully looking under bloody bandages.” (Los Angeles Times)

Love that. If McCarthy had a sense of humor. LAWL.

Jayne emailed me and said this was terrible and that she couldn’t even bring herself to write a review of it. 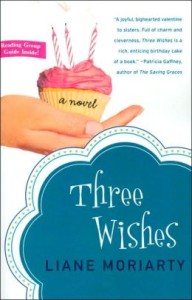 Australian triplets Lyn, Cat, and Gemma Kettle are about to turn thirty-three and one is pregnant, one has just had her life turned upside down, and one is only just keeping hers from skidding off the fast lane. Meanwhile, their divorced parents have been behaving very oddly indeed.

In this family comedy by Liane Moriarty, we follow the three Kettle sisters through their tumultuous thirty-third year — as they deal with sibling rivalry and secrets, revelations and relationships, unfaithful husbands and unthinkable decisions, and the fabulous, frustrating life of forever being part of a trio.

PW “Moriarty’s novel is a winning combination of smart-alecky fun and feel-good mush (mostly the former). Her writing is smart and playful (“Death was the hot bath you promised yourself while you endured small talk and uncomfortable shoes”), her characters are quirky and lovable and her clever plot turns—like the rekindled love between the triplets’ divorced parents—are fun. Convenient coincidences and a general predictability don’t distract too much from the sassy pleasures. “ 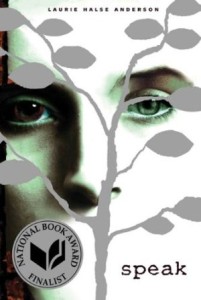 The first ten lies they tell you in high school. “Speak up for yourself–we want to know what you have to say.” From the first moment of her freshman year at Merryweather High, Melinda knows this is a big fat lie, part of the nonsense of high school. She is friendless, outcast, because she busted an end-of-summer party by calling the cops, so now nobody will talk to her, let alone listen to her. As time passes, she becomes increasingly isolated and practically stops talking altogether.

Only her art class offers any solace, and it is through her work on an art project that she is finally able to face what really happened at that terrible party: she was raped by an upperclassman, a guy who still attends Merryweather and is still a threat to her. Her healing process has just begun when she has another violent encounter with him.

But this time Melinda fights back, refuses to be silent, and thereby achieves a measure of vindication. In Laurie Halse Anderson’s powerful novel, an utterly believable heroine with a bitterly ironic voice delivers a blow to the hypocritical world of high school. She speaks for many a disenfranchised teenager while demonstrating the importance of speaking up for oneself. Speak was a 1999 National Book Award Finalist for Young People’s Literature.

This book was banned for some reason and labelled pornography. It sounds like a powerful story and one I’d want my kid to read at the appropriate time.