Daily Deals: A set of big discounts from Sourcebooks and Harlequin

Sourcebooks and Harlequin have started their 25 days of Christmas sales. 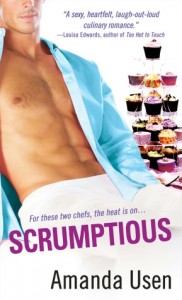 Joe Rafferty is just as mouthwatering as the food he cooks. But if he thinks he’s going to waltz in and take over her kitchen, he’s denser than a thick slice of chocolate ripple cheesecake. Marly has invested too much of her life in Chameleon to hand off the restaurant to someone else—especially a cocky–as–all–get–out superstar chef. But there’s no denying the man knows how to light her fire. Question is: Can she have the sizzle without feeling the burn?

This title got a positive review from both Booklist and PW calling it a “superbly crafted debut” that came off smart, sexy and fun. I bought it. 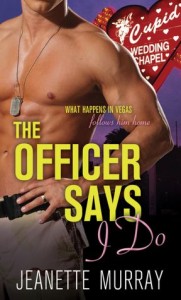 The Officer Says I Do by Jeanette Murray. $ .99

He’s a Marine…she grew up on a commune.

He always puts duty first…she’s a free spirit with an unshakable belief in Fate.

He loves routine and order…she brings chaos and creativity wherever she goes.

They’re going to balance each other perfectly—or drive each other completely, utterly insane…

On a wild pre-deployment celebration in Las Vegas, Captain Timothy O’Shay encounters free-spirited beauty Skye McDermott, and for once lets down his guard. Now his life is about to take off in directions he never could have imagined…

For those who like opposites attract, this sounds appealing. (If you can look past the cheesy cover and title, although maybe that fits the setting of the couple’s initial hookup?) The two star review at Amazon said she had a difficult time connecting with the characters and felt the hero’s characterization was inconsistent. He could remember the sex from the night of the wedding but not the actual wedding. But I liked the idea of an OCD Marine. 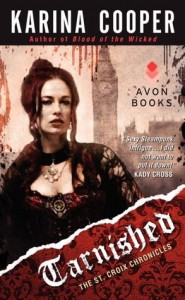 My name is Cherry St. Croix. Society would claim that I am a well-heeled miss with an unfortunate familial reputation. They’ve no idea of the truth of it. In my secret world, I hunt down vagrants, thieves . . . and now, a murderer. For a monster stalks London’s streets, leaving a trail of mystery and murder below the fog.

Eager for coin to fuel my infatuations, I must decide where my attentions will turn: to my daylight world, where my scientific mind sets me apart from respectable Society, or to the compelling domain of London below. Each has a man who has claimed my time as his—for good or for ill. Though as the corpses pile, and the treacherous waters of Society gossip churn, I am learning that each also has its dangers. One choice will see me cast from polite company . . . the other might just see me dead.

Avon really wants you to give Karina Cooper a try. The first book in her witches series, Blood of the Wicked, is also on sale for 99c. 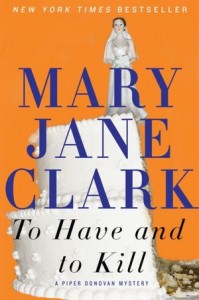 A struggling actress with no immediate prospects and a recently broken engagement, Piper needs to take stock of her life—so she moves back home with her parents in New Jersey and steps tentatively into the family bakery business. Soon, she’s creating a wedding cake for a friend, the star of a daytime television drama. But someone is ruthlessly determined that this wedding will never happen.

It begins with the horrific murder of the bride-to-be’s co-star—but a psychopathic wedding-crasher isn’t about to stop there. Before Piper knows it, she’s joining forces with FBI agent Jack Lombardi—a handsome neighbor with a soft spot for the inquisitive cake-maker—to sift through the suspects and find a killer. But Piper’s about to discover that it may be a lot hotter in the kitchen than she’s able to handle . . .

There is something for every reader in To Have and to Kill.

The blurb does say that there is something for everyone in this book. PW calls it a “fluffy first in a promising new cozy series.”