Daily Deals: A selection of stories of romance and mystery for 1.99 and under 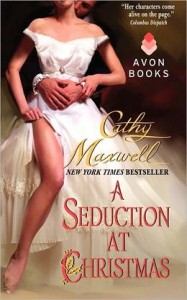 Seduction at Christmas by Cathy Maxwell. $ 1.99

She never expected it would come to this

Desperation and an empty stomach forced Fiona Lachlan to agree to a plan that ended up luring the wickedly notorious Duke of Holburn into trouble. Everything went terribly wrong, and now she has found herself posing as his ward! And while she swore nothing could make her desire a scoundrel, even if he was a duke, she is now drawing ever closer to the one man she cannot have . . .

The Duke of Holburn had spent years heeding this warning, and in doing so, managed to avoid the virginal young ladies who had been put in his path. But now his wild ways have gotten him into real danger. There are killers at the door and a temptingly beautiful woman in his arms. He is about to find himself seduced . . . and he isn’t quite sure he wants to resist this time.

This book begins Maxwell’s “Scandals and Seductions” series but one reviewer says that if you haven’t read “In a Highlander’s Bed” you will miss out on important information regarding the heroine’s background. Fiona also suffers a terrible rape in the previous book which drives her motivations in this story. 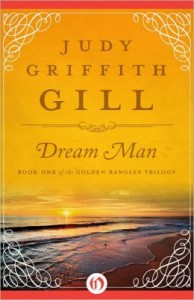 Has the world’s most devout bachelor just met his match?
Dedicated playboy Max McKenzie is used to being hotly pursued by any single female within striking distance. But a newspaper ad seeking a male for a long-term commitment intrigues him. And the woman who placed the ad captivates him even more . . . Jeanie Leslie isn’t looking for Mr. Right. But when her scheme to help her sister meet her dream man backfires, the career consultant is confronted by a sensual stranger who tempts her to change her bachelorette ways. Will giving in to her growing desire for Max end in heartbreak for both of them? Or have a confirmed bachelor and a woman who refuses to marry—for love or money—finally met their perfectmatches?

I’ve never read Judy Griffith Gill before but apparently she wrote twenty-three titles for the Loveswept line, back in the day. 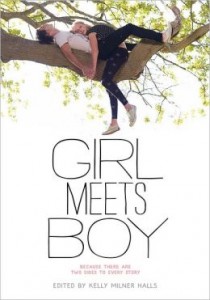 What do guys and girls really think? Twelve of the most dynamic and engaging YA authors writing today team up for this one-of-a-kind collection of he said/she said stories he tells it from the guy’s point of view, she tells it from the girl’s. Stories of love and heartbreak, like the good-looking jock who falls for a dangerous girl and the flipside of the toxic girl who never learns to be loved; a basketball star and the artistic (and shorter) boy she never knew she wanted; and a gay boy looking for love online and the girl who could help make it happen, teach us that relationships become complicated because there are two sides to every story.

I read this thinking that it would be primarily he said/she said snippets of romances between characters but it really isn’t. The stories are interesting and definitely readable but mostly it is boys and girls longing for the other person who is either gay or not available. 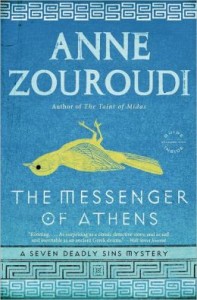 Idyllic but remote, the Greek island of Thiminos seems untouched and untroubled by the modern world. So when the battered body of a young woman is discovered at the foot of a cliff, the local police – governed more by archaic rules of honor than by the law – are quick to close the case, dismissing her death as an accident.

Then a stranger arrives, uninvited, from Athens, announcing his intention to investigate further into the crime he believes has been committed. Refusing to accept the woman’s death as an accident or suicide, Hermes Diaktoros sets out to uncover the truths that skulk beneath this small community’s exterior.

Hermes’s methods of investigation are unorthodox, and his message to the islanders is plain – tell the truth or face the consequences. Before long, he’s uncovering a tale of passion, corruption and murder that entangles many of the island’s residents. But Hermes brings his own mystery into the web of dark secrets and lies – and as he travels the rugged island landscape to investigate, questions and suspicions arise amongst the locals. Who has sent him to Thiminos, and on whose authority is he acting? And how does he know of dramas played out decades ago?

Rich in images of Greece’s beautiful islands and evoking a life unknown to most outsiders, this wonderful novel leads the reader into a world where the myths of the past are not forgotten and forbidden passion still has dangerous consequences.

PW says ” The secrets the locals keep or share can’t be hidden from Hermes, who weighs the evidence and, in the end, rewards or punishes in ways that have little to do with written laws. Zouroudi writes well, but this leisurely tale is more likely to appeal to armchair travelers interested in Greece than mystery buffs.”