Daily Deals: A Scandal to Remember (Gentlemen Rogues) by Linda Needham & a PNR, YA Girl in Pants, Fiction 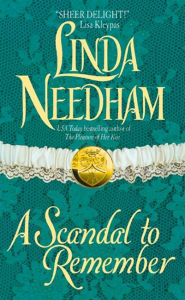 A Scandal to Remember (Gentlemen Rogues) by Linda Needham . $1.99.

A handsome spy falls for the princess he was sent to protect in this second book of the Gentleman Rogues trilogy by a USA Today bestselling author.

Andrew Battencourt, Earl of Shefford, is looking forward to spending some quiet time in the country after a gruelling year–long mission for the Home Office. But before Drew can begin his holiday, he is sent to secretly investigate a break–in, and meets the beautiful Princess Caroline. Caro is in London to find a suitable husband to ensure she will not be the last of her royal line. The last thing she needs is a tempting man underfoot, asking questions and watching her with an intensity that sets her senses on fire. But as strange incidents escalate into violent episodes, Caro knows she’ll need Drew’s protection…and much, much more.

Whenever I do these deals, I am always amazed at how many authors I have not read.  This is obviously a great deal but I admit that this review here kind of makes me leery of picking it up. 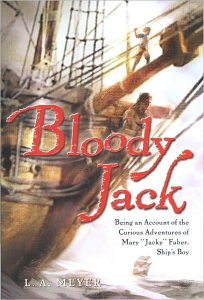 Bloody Jack: Being an Account of the Curious Adventures of Mary Jacky Faber, Ship’s Boy by Louis A. Meyer. $.99.

Life as a ship’s boy aboard HMS Dolphin is a dream come true for Jacky Faber. Gone are the days of scavenging for food and fighting for survival on the streets of eighteenth-century London. Instead, Jacky is becoming a skilled and respected sailor as the crew pursues pirates on the high seas.

There’s only one problem: Jacky is a girl. And she will have to use every bit of her spirit, wit, and courage to keep the crew from discovering her secret. This could be the adventure of her life–if only she doesn’t get caught. . . .

This is a girl in pants story. A YA one. This is the first in the series. It looks like the discounted price is only available at Amazon. 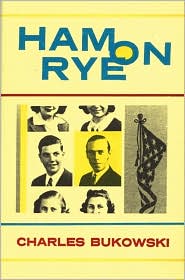 In what is widely hailed as the best of his many novels, Charles Bukowski details the long, lonely years of his own hardscrabble youth in the raw voice of alter ego Henry Chinaski. From a harrowingly cheerless childhood in Germany through acne-riddled high school years and his adolescent discoveries of alcohol, women, and the Los Angeles Public Library’s collection of D. H. Lawrence, Ham on Rye offers a crude, brutal, and savagely funny portrait of an outcast’s coming-of-age during the desperate days of the Great Depression.

A number of Charles Bukowski books are priced at $1.99. Given that these are published by HarperCollins, the lower prices should be reflected at most retailers. 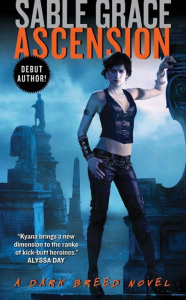 The gates of hell have opened, and one woman will stand in the crossfire as the Dark Breed-vampyre, demons, shape shifters-and mankind fight their last battle for survival.

Kyana is half Vampyre, half Lychen . . . and the last of her kind. Determined, dangerous, and damned, she has no love for the mortals who have imprisoned and misused her. But when the Order of Ancients entrusts her with a mission-to find the key that will send the Dark Breed back into Hell for eternity-Kyana has no choice but to accept.

She is furious to learn her assignment comes with an escort . . . Ryker, a demigod and fierce warrior who long ago found a way under her skin and stayed there. In a shaky alliance, they discover an ancient cult with dangerous motive and a god who seeks to destroy all others. And as Kyana begins to feel the heat that threatens to bind her to Ryker, she knows she has to resist. For it could only mean the undoing of them both . . .

I need to throw in more than one romance deal in order to keep you all enticed, right? This is published and sold by HarperCollins so the $.99 price should show up at all retailers, eventually.