Daily Deals: A repeat steampunk, a hardboiled detective novel, a weak hero, and a new title from a familiar author 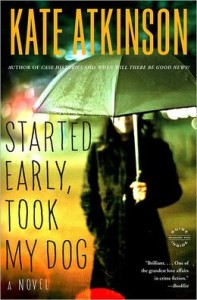 Tracy Waterhouse leads a quiet, ordered life as a retired police detective-a life that takes a surprising turn when she encounters Kelly Cross, a habitual offender, dragging a young child through town. Both appear miserable and better off without each other-or so decides Tracy, in a snap decision that surprises herself as much as Kelly. Suddenly burdened with a small child, Tracy soon learns her parental inexperience is actually the least of her problems, as much larger ones loom for her and her young charge.

Meanwhile, Jackson Brodie, the beloved detective of novels such as Case Histories, is embarking on a different sort of rescue-that of an abused dog. Dog in tow, Jackson is about to learn, along with Tracy, that no good deed goes unpunished.

Reviewer Pattie writes “Here’s the thing: if you want everything tied up in a neat package: no. If you want a linear narrative: no. “Easy read”: no.

But if you love interesting, complex characters, complex stories and delightful writing: yes.” 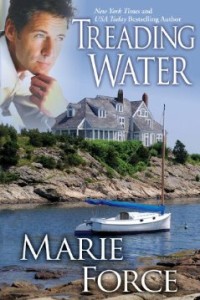 Love is the last thing on Jack Harrington’s mind when he sets out to meet Andi Walsh’s flight. Recently back to work after spending more than a year tending to his comatose wife, Jack is focused on getting through each day and caring for his three daughters. However, the moment he sets eyes on Andrea Walsh, the interior designer who has come to decorate the hotel his company is building in Newport, Rhode Island, Jack begins to wonder if Andi might be his second chance. After a disastrous marriage, Andi, single mom to a hearing-impaired son, isn’t exactly looking for love, either, but that’s what she finds with Jack. The two embark on a long-distance relationship fraught with challenges as they balance the needs of their children and dueling careers while Jack continues to care for his wife, Clare. Just when Jack thinks his life is once again settled, he is confronted with a new challenge that tests him in ways he never could’ve imagined, leaving him to wonder if “happily ever after” is in the cards for him.

This book is full of melodrama according to the reviews. Jack refuses to divorce his comatose wife but begins a new relationship with another woman and they fall in love. So it’s like the opposite of the story “The Vow”. Read Tina’s review here. [spoiler] Jack doesn’t actually get a divorce until the comatose wife wakes up and makes it right for him. [/spoiler] 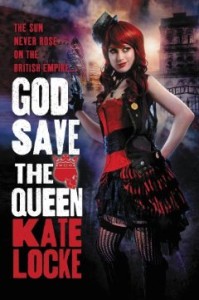 The undead matriarch of a Britain where the Aristocracy is made up of werewolves and vampires, where goblins live underground and mothers know better than to let their children out after dark. A world where being nobility means being infected with the Plague (side-effects include undeath), Hysteria is the popular affliction of the day, and leeches are considered a delicacy. And a world where technology lives side by side with magic. The year is 2012.

Xandra Vardan is a member of the elite Royal Guard, and it is her duty to protect the Aristocracy. But when her sister goes missing, Xandra will set out on a path that undermines everything she believed in and uncover a conspiracy that threatens to topple the empire. And she is the key-the prize in a very dangerous struggle.

Kate Locke is the penname for historical romance author Kathryn Smith. This book was profiled here back in January 2013 when the price was $2.99. Reader Kate wrote: “I got an ARC of God Save the Queen and highly recommend it. I’m not sure it’s exactly steampunk, in that it’s set in the twenty-first century with Queen Victoria still alive, not the Victorian era. So it’s kind of steampunk in reverse, with elements of Victorian culture being kept alive by long lived vampire and werewolf aristocracy, not anachronistic technology injected into the 19th century, and it would probably appeal to fans of steampunk and modern urban fantasy. “ 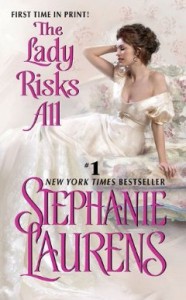 The #1 New York Times bestselling author of The Capture of the Earl of Glencrae, romance fiction superstar Stephanie Laurens has done it again with this passionate tale of an oh-so-proper lady and the dangerous man for whom she throws caution to the wind. The Lady Risks All in this delightfully sexy and sensuous historical romance novel from the creator of the recklessly romantic Cynster family—Regency England’s most irrepressible clan of sexy rogues and ladies—as well as the acclaimed Bastion Club books. The notorious Neville Roscoe, who lives boldly outside the bounds of proper society, is one of Laurens’s most unforgettable heroes—and the story of his seduction of prim, straight-laced Miranda Clifford is filled with intrigue, danger, and passion that will thrill not only Stephanie Laurens fans, but devoted readers of Lisa Kleypas, Johanna Lindsey, and Mary Balogh as well.

Dabney reviewed this book for us back in October 2012 “In many ways, this is a typical Laurens book—although it differs in one excellent way. The man has enough sexual experience to train several brothels; the virginal heroine is so responsive to his touch it’s a wonder she can hold hands without sexually exploding. There is a large family with enough wealth to rescue at least part of the Greek economy. The language, especially that of the love scenes, is intricate and studded with fragments. The sex scenes go on forever.”