Daily Deals: A really strange collection of books for you. Pick one! 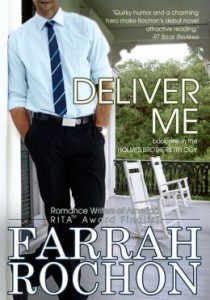 After being dumped by her boyfriend and passed over for yet another promotion, Monica Gardner moves to New Orleans, determined to make a name for herself as the new attending ER physician at Methodist Memorial Hospital. As for men–she’s through with them. But when given the chance to chair the hospital’s annual charity banquet, Monica must elicit the help of gorgeous Ob-gyn Elijah Holmes.

Eli will do anything to thwart his matchmaking Mama’s plan to reunite him with his high school girlfriend. So, when the sexy new ER doc asks for his help in planning this year’s charity banquet, Eli devises the perfect scheme: He’ll help put on the best banquet the hospital has ever seen, if Monica poses as his new girlfriend. But when Eli finds himself falling in love, he realizes convincing Monica of his true feelings may be his greatest delivery yet.

There is a second storyline that runs throughout the book that seemed to confuse a number of readers but the author’s love for New Orleans was evident. 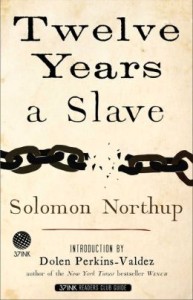 Born a free man in New York in 1808, Solomon Northrup was kidnapped in Washington, D.C., in 1841. He spent the next 12 years as a slave on a Louisiana cotton plantation. After regaining his freedom in 1853, he published this gripping autobiographical account of his captivity. As an educated man, he was able to present a detailed and accurate picture of slave life and plantation society, from simultaneous outsider and insider perspectives.

This book is part of iTunes books into movies special. Everything I’ve read about this movie is full of adulatory praise from critics who are ordinarily curmudgeons. The early viewers report weeping throughout the movie and that it is a one of a kind cinema experience. I don’t know if the book will have those transportive qualities but it’s a remarkable tale of survival. 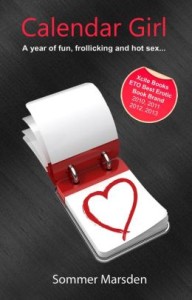 Merritt Evans is expecting a lot out of her marriage but what she is not expecting is to come home to find her husband Drake diddling with the local trainer. Thanks to friends in high places, Merritt’s divorced by the new year. She’s ready to put her old life behind her and her best friend Jeffrey–drag queen and fake psychic extraordinaire–comes up with a game plan.

A year of fun, frolicking and hot sex. No strings, no expectations and did he mention hot sex? A fresh guy every single month to get all the needs and kinks and cravings out of her system so she can move on. Merritt’s doing well with her plan until Penn Fratila shows up. Hot, Romanian and sexy as hell. Oh yeah, and he wants her. Bad.

Funny but maybe not super romantic. From the reviews it sounds like it is chick lit meets erotica wherein a girl works through her post divorce by having sex with a different guy every month of the year until she meets the hot Romanian. 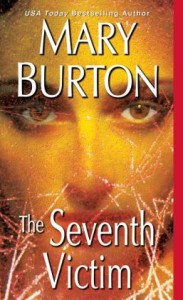 If At First You Don’t Succeed
It’s been seven years since the Seattle Strangler terrorized the city. His victims were all young, pretty, their lifeless bodies found wrapped in a home-sewn white dress. But there was one who miraculously escaped death, just before the Strangler disappeared. . .

Lara Church has only hazy memories of her long-ago attack. What she does have is a home in Austin, a job, and a chance at a normal life at last. Then Texas Ranger James Beck arrives on her doorstep with shattering news: The Strangler is back. And this time, he’s in Austin. . .

He’s always craved her, even as he killed the others. For so long he’s been waiting to unleash the beast within. And this time, he’ll prove he holds her life in his hands–right before he ends it forever. . .

PW says “The blooming love interest between Beck and Lara, the number of red-herring suspects, and the backstory on the victims make this a compelling romantic thriller.”