Daily Deals: A melange of books for your reading pleasure 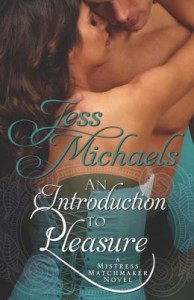 An Introduction to Pleasure by Jess Michaels. $ Free

An innocent lady’s education could be a gentleman’s wicked seduction.

Lysandra Keates is running out of options. Her father is dead, her mother is ill, and her efforts to find respectable employment have ended in failure. With her small savings bleeding away, she swallows her pride—and her terror—and turns to Vivien Manning, an infamous courtesan, to match her with a wealthy protector.

For years, Viscount Andrew Callis has lived a monastic existence at his country estate, hardening his body against the snobbish, lazy young man he once was, hardening his heart against grief over the deaths of his wife and infant son. When Vivien asks him to spend one month training a young woman in the ways of a mistress, his mind resists…but his body responds with an ache he thought long dead.

As Andrew begins his gentle tutelage, he finds himself falling under the spell of Lysandra’s innocent charms. And as they give in to the powerful hunger, the last thing Andrew ever expected, or wanted, forms between them. An emotional connection that could carry them well past the training period—if only Andrew can open his heart to the possibility of love.

Warning: Includes training in all kinds of sexual positions and delights, as well as an emotional romance. May produce swooning.

Reader Kim gave me the heads up on this deal. 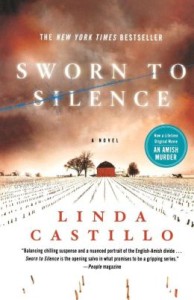 Now the subject of the Lifetime original movie An Amish Murder

Some secrets are too terrible to reveal. Some crimes are too unspeakable to solve. . . .

In Painters Mill, Ohio, the Amish and “English” residents have lived side by side for two centuries. But sixteen years ago, a series of brutal murders shattered the peaceful farming community. A young Amish girl named Kate Burkholder survived the terror of the Slaughterhouse Killer . . . but ultimately decided to leave her community.

A wealth of experience later, Kate has been asked to return to Painters Mill as chief of police. Her Amish roots and big-city law enforcement background make her the perfect candidate. She’s certain she’s come to terms with her past—until the first body is discovered in a snowy field.

Kate vows to stop the killer before he strikes again. But to do so, she must betray both her family and her Amish past—and expose a dark secret that could destroy her.

More than one reader was frustrated by the central premise that Kate would confuse the guy who attacked her when she was 14 and whom she shot and killed with the serial killer that was violating women in the present day. However others thought this debut was a strong addition to the suspense/thriller/mystery shelf. Welcome to the world of the Glitter Baby

Fleur Savagar is the most beautiful woman in the world . . . to everyone but herself. With her oversized hands and paddle-boat feet, her streaky blond hair and funny green eyes, she lives a life filled with secrets that began before she was born. That was when her bewitching mother left home to find James Dean and met Errol Flynn instead. Now Fleur has to grow up quickly, and life won’t make that easy.

Jake Koranda is both New York’s most brilliant playwright and Hollywood’s hottest actor. Difficult, talented, and tormented, he has no patience for international glamour girls, not even ones with beautiful bodies and smart-aleck mouths. But there’s more to the Glitter Baby than shine, and Fleur’s tougher than Jake expects. Even with the odds stacked against her, she’s fiercely determined to discover the woman she’s destined to be.

An ugly duckling who can’t believe she’s turned into a swan . . . A tough-guy movie star with a haunted past . . . In a land of broken dreams, can two unlikely lovers trust their hearts?

Back in the early days, SEP wrote about three or four Judith Krantz/Jackie Collins style novels full of glitz and lots of drama. My favorite was the Apple knock off (wherein the heroine is a Steve Jobs-like character). 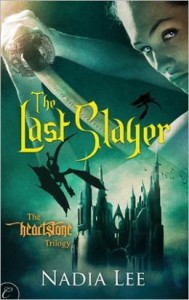 Ashera del Cid is a talented demon hunter, but when she kills a demigod’s pet dragon, the hunter becomes the hunted. Her only potential ally is Ramiel, a sexy-as-hell demon. Now the two must work together to battle dragons and demigods?and the chemistry crackling between them.

Ramiel has his own reasons for offering Ashera his protection. He knows her true identity and the real reason the demigods want her dead. What he can’t predict is how she’ll react when she discovers he knew who she was all along…

Ashera is shocked to discover that she is the only daughter of the last slayer. To claim her destiny, she and Ramiel must join forces to face down danger and outwit their enemies. Only then will she be able to truly accept her legacy…

Did you know our frequent commenter, Nadia Lee, was a writer? This paranormal/fantasy romance is a Carina Press publication.

→ Jane
Previous article: REVIEW: Sweet Revenge by Zoe Archer
Next Post: Tuesday News: The Game’s Afoot; Cheerios Ad is important and someday it won’t be; and John Green’s musings on his success