Daily Deals: A Matter of Scandal by Suzanne Enoch 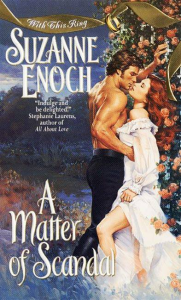 Miss Emma Grenville has had her fill of pig-headed noblemen who believe women exist solely to satisfy men. And her arrogant new landlord, the Duke of Wycliffe, is the worst of the lot! The too-attractive cad wants to triple the rent on Emma’s finishing school for young ladies to help get his newly inherited estate out of debt. Well, he clearly needs educating—about women. And Emma is just the one to enlighten him.

The sinfully handsome duke has never met a woman he couldn’t seduce and outwit. And now that he’s tricked Emma into a wager, he has the stubborn headmistress right where he wants her. But the confirmed bachelor underestimates the quick-witted and surprisingly sensual Miss Grenville. For she may be leading him to a place neither dreams they’ll ever go—to the altar.

This is part of the Scandal/Scandalous deals from Avon. Enoch is a better writer than the blurb suggests. 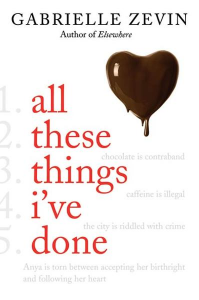 In 2083, chocolate and coffee are illegal, paper is hard to find, water is carefully rationed, and New York City is rife with crime and poverty. And yet, for Anya Balanchine, the sixteen-year-old daughter of the city’s most notorious (and dead) crime boss, life is fairly routine. It consists of going to school, taking care of her siblings and her dying grandmother, trying to avoid falling in love with the new assistant D.A.’s son, and avoiding her loser ex-boyfriend. That is until her ex is accidently poisoned by the chocolate her family manufactures and the police think she’s to blame. Suddenly, Anya finds herself thrust unwillingly into the spotlight–at school, in the news, and most importantly, within her mafia family.

YA in the science fiction/fantasy category. Chocolate and coffee are illegal? Sounds almost apocalyptic. 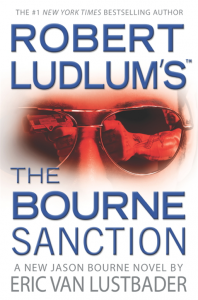 Jason Bourne returns to Georgetown University and the mild world of his alter ego, David Webb, hoping for normalcy. But after so many adrenaline-soaked years of risking his life, Bourne finds himself chafing under the quiet life of a linguistics professor.

Aware of his frustrations, his academic mentor, Professor Specter, asks for help investigating the murder of a former student by a previously unknown Muslim extremist sect. The young man died carrying information about the group’s terrorist activities, including an immediate plan to attack the United States.

The organization, the Black Legion, and its lethal plot have also popped up on the radar of Central Intelligence, where new director Veronica Hart is struggling to assert her authority. Sensing an opportunity to take control of CI by showing Hart’s incompetence, National Security Agency operatives plan to accomplish what CI never could-hunt down and kill Bourne.

In Europe, Bourne’s investigation into the Black Legion turns into one of the deadliest and most tangled operations of his double life-the pursuit of the leader of a murderous terrorist group with roots in the darkest days of World War II-all while an assassin as brilliant and damaged as himself is getting closer by the minute . . .

Jeremy Renner’s Bourne movie is coming out shortly which is likely why this book is discounted. 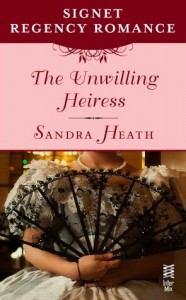 WAS SHE AN ARISTOCRAT — OR AN IMPOSTOR?

It took but a few words from the lips of a dying woman to change beautiful young Janine Oldfield’s life utterly. The woman was her mother, who declared that Janine was more than the daughter of the most notorious actress in Regency London: she was also heiress to one of the greatest family names in England.

But when Janine came to the magnificent estate of Calworth to assume her place as granddaughter of proud and imperious Sir Adam Winterton, she discovered how perilous her exalted new position was… And as she fell in love against her will with handsome, scornful Richard Stuart, who accused her of being a pretender, she began to suspect that this man, who held her in such infuriatingly low esteem, might be actually, awfully, right..

This is a pre order for August 14, 2012. The title was originally published in 1981, more than thirty years ago. Heath wrote several Signet Regencies. I did a rough count and it looks like more than thirty.