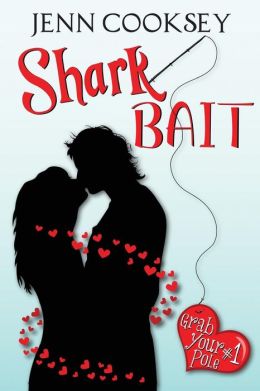 Previously homeschooled Camie Ramsey is being shoved into the shark-infested waters of public high school, where even helium filled, penguin bespeckled arm floaties likely won’t help keep her inexperienced, fifteen-year old head above water in that rip current of hormones and emotions.

Camie’s worldly wisdom might be severely lacking (i.e., the closest she’s come to being kissed was sitting too close to the TV whilst Jake Ryan leaned in to give Samantha that fateful 16th birthday kiss), but she does understand her only hope for survival is if she’s thrown some kind of “social” life preserver before she sinks like a freaking rock. However, what will her fate be when she endeavors to flag down the only lifeguard on duty, the enormously popular and ridiculously beautiful Tristan Daniels? The most sought after and virtually most unattainable guy in school who not only makes Camie’s heart flatline on a recurring basis, he’s also the one guy who seemingly doesn’t know she exists.

Feeling like an inept piece of chum that could ultimately be swallowed by Jaws, can Camie get Tristan to rescue her from floundering in the treacherous deep, or is she destined to be Shark Bait?

This book came to my attention when Megan, Reading Books Like a Boss, was blogging and tweeting about it. “I adored this book. I was laughing out loud for a good portion of it. Being inside Camie’s head was hilarious. She said and did a lot of things that surprised the hell out of me. And let me just say that her social life in high school was way more exciting than mine. Kate and Camie’s mission to get Tristan to take notice was one of my favorite parts of the book. They know (or should I say Katie knows) exactly what to do to make him squirm.” SOMETIMES MOVING ON MEANS MOVING IN

Pixie Marshall wishes every day she could turn back time and fix the past. But she can’t. And the damage is done. She’s hoping that a summer of free room and board working with her aunt at the Willow Inn will help her forget. Except there’s a problem: the resident handyman is none other than Levi Andrews. The handsome quarterback was once her friend-and maybe more–until everything changed in a life-shattering instant. She was hoping to avoid him, possibly forever. Now he’s right down the hall and stirring up feelings Pixie thought she’d long buried…

Levi can’t believe he’s living with the one person who holds all his painful memories. More than anything he wants to make things right, but a simple “sorry” won’t suffice–not when the tragedy that scarred them was his fault. Levi knows Pixie’s better off without him, but every part of him screams to touch her, protect her, wrap her in his arms, and kiss away the pain. Yet even though she’s so close, Pixie’s heart seems more unreachable than ever. Seeing those stunning green eyes again has made one thing perfectly clear–he can’t live without her.

I know I included this book before when it was released but I did like it and for those who like the NA sub genre, Tammara Webber books, this is a good pickup. An Ideal Duchess by Evangeline Holland. $ 0.99

In the tradition of Edith Wharton and Henry James–part one of a romantic duology featuring an indomitable American heiress torn between her quest for romance and her equal desire for independence, and the autocratic English duke she loves, who harbors a dark secret. Perfect for fans of Downton Abbey and Upstairs Downstairs!

The Buccaneers–fresh, untutored, and easy-going–conquered 1870s English society, but in Edwardian England, American heiresses were supposed to be cool and level-headed about their pursuit of titles. Amanda Vandewater embodied this new wave of American invaders when she meets and marries the 9th Duke of Malvern, though she soon discovers she desires more than a coronet and strawberry leaves: she desires his heart. But the duke’s heart isn’t his to give, trapped as he is by old promises and a haunting past that binds him to the very traditions that stole his independence.

Set against the backdrop of the rise of aviation, the suffragette movement, and the turbulent years leading up to WWI, An Ideal Duchess is the tale of an idealistic American heiress who must fight for her position–and for love–in the face of the strict adherence to duty over desire, of reputation over understanding, and of clinging to the past over embracing the present. The only question is if Amanda is strong enough to withstand the pressure.

This was reviewed on DA last year and the sequel was just released. It’s a marriage in trouble story with a Downton Abbey twist that I think will appeal to readers desiring historical romance (or romantic historical) with a “big” story and complex relationships. Will she make the right choice …

Advice columnist Carly Wexler has mapped out her entire life, and she’s convinced by marrying her best friend, she’ll be able to map out her path to happiness as well. No sexual sparks? No problem. Or so she thinks…until her fiance’s brother arrives for the wedding. Mike Novak ignites a desire inside Carly unlike anything she’s ever experienced, shaking up everything she’s ever believed in. When Mike becomes determined to stop her mismatched wedding to his brother, will Carly be able to accept that her unexpected love for Mike might be the right choice for her after all?

This was submitted by a reader who said “I haven’t read the book, so I can’t offer any endorsements or trigger warnings.” Nothing I read in the reviews suggested that there were any triggers.

→ Jane
Previous article: GIVEAWAY: An Ember in the Ashes
Next Post: REVIEW: Raze by Tillie Cole