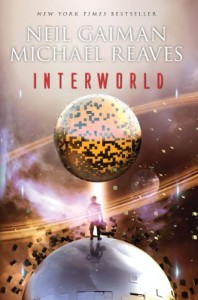 InterWorld tells the story of Joey Harker, a very average kid who discovers that his world is only one of a trillion alternate earths. Some of these earths are ruled by magic. Some are ruled by science. All are at war.

Joey teams up with alternate versions of himself from an array of these worlds. Together, the army of Joeys must battle evil magicians Lord Dogknife and Lady Indigo to keep the balance of power between all the earths stable. Teens—and tweens and adults—who obsessively read the His Dark Materials and Harry Potter series will be riveted by InterWorld and its sequel, The Silver Dream.

This goodreads review made me laugh: For me, Interworld is to Neil Gaiman’s body of work what Cars is to Pixar’s body of work. Perhaps it’s a pretty decent book, but I have such high hopes for anything Gaiman that I read, that this was a huge disappointment. 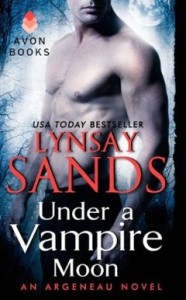 Funny vamps. That’s all I associate with Sands. 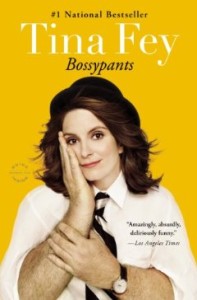 Before Liz Lemon, before “Weekend Update,” before “Sarah Palin,” Tina Fey was just a young girl with a dream: a recurring stress dream that she was being chased through a local airport by her middle-school gym teacher. She also had a dream that one day she would be a comedian on TV.

She has seen both these dreams come true.

At last, Tina Fey’s story can be told. From her youthful days as a vicious nerd to her tour of duty on Saturday Night Live; from her passionately halfhearted pursuit of physical beauty to her life as a mother eating things off the floor; from her one-sided college romance to her nearly fatal honeymoon — from the beginning of this paragraph to this final sentence.

Tina Fey reveals all, and proves what we’ve all suspected: you’re no one until someone calls you bossy.

I listened to this on audio and enjoyed it quite a bit. Quite a bit of her book is about her time in Second City and her struggle to be accepted as a comedian in a male dominated world. Her husband was extremely supportive and she had a clear love for her family. 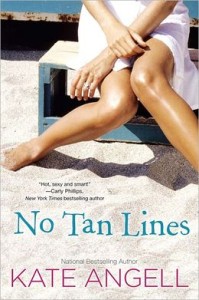 There’s a place where the ocean meets the shore, where kicking off your shoes and baring some skin is as natural as sneaking under the boardwalk for an ice cream cone and stolen kisses.

But life isn’t all a beach for Shaye Cates, even if her idea of an office is a shady umbrella at the water’s edge equipped with cell phone and laptop. Steely-eyed Trace Saunders is the incredibly irksome fly in her coconut tanning oil. And running a kids’ softball team with her longtime rival is going to have everyone in her little Florida town buzzing. Her scads of laid-back relatives and his whole uptight clan know that Shaye just wants to play ball while Trace thinks only of business. But beneath the twinkling lights of the ferris wheel, the magic of sea and sand can sweep away every inhibition . . .

Suddenly, it’s summertime, and the lovin’ is easy.

I remember reading a baseball romance by Angell and it was all very very wrong and I never read her again. Reviews for this book say it is a cute, pleasant, if insubstantial, read.

→ Jane
Previous article: REVIEW: Rush Me by Allison Parr
Next Post: Thursday News: News is bad for you, David Mamet to self publish, not so horrific paper crafts