Daily Deals: A couple of moving YA; a suspenseful box set; and a sexy contemporary 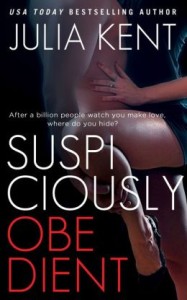 AFTER A BILLION PEOPLE WATCH YOU MAKE LOVE, WHERE DO YOU HIDE?

As “Matt Jones,” CEO playboy Michael Bournham just stumbled into his wildest dream and worst nightmare as he played a middle management employee role for a reality television stunt. Getting caught making love with his administrative assistant, Lydia Charles, on camera meant that unscrupulous Hollywood producers blackmailed him before launching the video on YouTube, TMZ and Gawker. Fired from his job, ridiculed on every social media platform out there, Mike needs to hit “reboot” on his life. When his best friend begs him to go to Thailand on a fun trip, he sends Jeremy instead to Iceland, to watch over Lydia. Meanwhile, he disguises himself once more and booked a cabin at Lydia’s family’s campground in Maine, to immerse himself in her world.

A best friend with deeper intentions…

After more than ten years of world travel and hedonistic fun, dot-com millionaire Jeremy wants more out of his friendship with Mike, but more than that—he wants Lydia. Struck by her beauty and essence, he follows Mike’s order and obeys, courting her with a friendship that quickly becomes more. A deeper bond forms, charged by Lydia’s fantasies about him—and Mike. Unable to resist, he becomes her confidante, helping her to come to grips with her impulsive decisions and to find her way back home to Maine.

A woman torn by desire…

Lydia accepts the move to Iceland to become the director of communications for European operations, not realizing it’s a sham; Michael Bournham created the position to help hide her from the firestorm of the viral sex tape. Living in a new country should be fun, right? Side glances and whispers from her new Icelandic employees dig at her, and ignored by her boss at Bournham Industries, Lydia’s disenchantment with her bold move is softened only by the appearance of Jeremy. Wild and loose, he fills a void in her life—and soon fills her bed.

When she decides there’s no place like home, the new couple embarks for her family’s campground—and Jeremy’s suspicious obedience will be revealed.

I almost skipped this blue box section for this book because I didn’t have anything to write. Hey, it’s 99c. 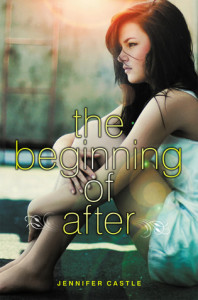 The Beginning of After by Jennifer Castle. $ 1.99

The Beginning of After is a story of hope and healing from Jennifer Castle, a powerful new voice in teen fiction.
When Laurel’s family dies in a horrific car accident, she struggles to put her life back together. She is now connected to David Kaufman, who lives down the block, and who lost his mother in the same crash. Both of their lives change—but not in the ways that they thought…

Castle blends tragedy with romance, teen angst, and wit in The Beginning of After, a bittersweet, powerful debut novel that stands as a testament to how people can survive the unthinkable.

Tammara Webber left a moving comment on Goodreads pertaining to this book. She’d lost her younger brother and felt that the book really captured the emotion. The very unhelpful jacket copy says this “Trouble came to Cardwell Ranch when a pile of old bones was discovered. Since then, nothing has been the same. Follow the Cardwell family as they band together to overcome murder, mayhem and a family imposter.”

After Hudson Savage betrayed her, Dana Cardwell hoped never to lay eyes on the seductive cowboy again. Until a bunch of old bones showed up on her family ranch. Suddenly her former lover was back in her life in a big way—to investigate a decades-old crime.

Five years ago, Hud left town with a heartload of regrets. But now, as acting interim marshal, he had a job to do. And this time he wasn’t walking away. Because now Dana’s life was on the line—as the unsuspecting target of a killer who still walked the canyon. Hud would do whatever it took to keep Dana close. Even if it meant risking his own heart for a second chance for both of them?.

Six years ago, Dana Cardwell found her mother’s will in a cookbook and became sole owner of the Cardwell Ranch in Big Sky, Montana. Now happily married, Dana is surprised when her siblings, Stacy and Jordan, show up on the ranch?and trouble isn’t too far behind.

As danger draws closer to the ranch, deputy marshal Liza Turner quickly realizes that Jordan Cardwell isn’t the man the town made him out to be.

The Cardwell clan has a new, mysterious member. Dana Cardwell warmly welcomed her Justice cousin into the family fold and to the ranch for a reunion. But this cunning kin has other plans for Dana?and designs on her husband, Hud.

Hilde Jacobson has known Dana too long to let her best friend get conned—or worse, killed. Unfortunately Hilde is no match for a skilled impostor who’s duped everyone in the canyon. Only Deputy Marshal Colt Dawson believes Hilde’s claims about the phony relation; only his strong arms have saved her from “accidents” intended to get her out of the way. Together can they convince the Cardwells that a predator lurks in their happy home

This is kind of like a boxed deal. But so many bad things happen to the Cardwells that maybe they should move off the ranch? 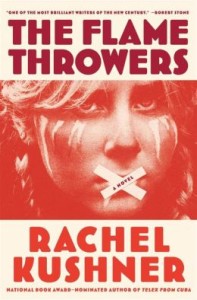 The Flamethrowers by Rachel Kushner. $ 1.99.

Rachel Kushner’s first novel, Telex from Cuba, was nominated for a National Book Award and reviewed on the cover of The New York Times Book Review. Her second novel, even more ambitious and brilliant, is the riveting story of a young artist and the worlds she encounters in New York and Rome in the mid-1970s—by turns underground, elite, and dangerous.

The year is 1975 and Reno—so-called because of the place of her birth—has come to New York intent on turning her fascination with motorcycles and speed into art. Her arrival coincides with an explosion of activity in the art world—artists have colonized a deserted and industrial SoHo, are staging actions in the East Village, and are blurring the line between life and art. Reno meets a group of dreamers and raconteurs who submit her to a sentimental education of sorts. Ardent, vulnerable, and bold, she begins an affair with an artist named Sandro Valera, the semi-estranged scion of an Italian tire and motorcycle empire. When they visit Sandro’s family home in Italy, Reno falls in with members of the radical movement that overtook Italy in the seventies. Betrayal sends her reeling into a clandestine undertow.

The Flamethrowers is an intensely engaging exploration of the mystique of the feminine, the fake, the terrorist. At its center is Kushner’s brilliantly realized protagonist, a young woman on the verge. Thrilling and fearless, this is a major American novel from a writer of spectacular talent and imagination.

The praise for this book is overwhelming from the NY Times to the Washington Post.