Daily Deals: A couple of gritty YA books for adults, a freebie, and a crime novel featuring a 61 year old protag 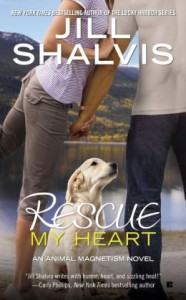 She never wants a hero…

After a tragic stint in the National Guards, Adam Connelly returns to Idaho and to Belle Haven, the animal shelter he owns with his brothers. All Adam wants is to be alone. Then he opens the door to the past—the woman whose heart he once broke. Still gorgeous, still tough-as-nails, but this time, unusually vulnerable.

Holly learned the hard way to never depend on a man for anything. Now, of all men, Adam is the last one she wants to see, and the only one she needs. Her father has gone missing in the Bitterroot Mountains and she could use someone with tracking skills to help find him.

For Holly and Adam, each with their ghosts, a trek this desperate, this unpredictable, and this intimate, will have its share of risks—including opening their hearts one more time.

This is improbable, but I don’t think I read this book and I know I’ve read almost the entire series. In fact, I’ve read and enjoyed the upcoming release “Rumor Has It.” Not sure what happened there. 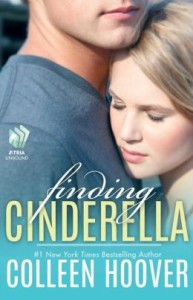 #1 New York Times bestselling author Colleen Hoover writes a free novella about the search for happily ever after.

A chance encounter in the dark leads eighteen-year-old Daniel and the girl who stumbles across him to profess their love for each other. But this love comes with conditions: they agree it will only last one hour and it will only be make-believe.

When their hour is up and the girl rushes off like Cinderella, Daniel tries to convince himself that what happened between them only seemed perfect because they were pretending it was perfect. Moments like that with girls like her don’t happen outside of fairytales.

One year and one bad relationship later, his disbelief in insta-love is stripped away the day he meets Six: a girl with a strange name and an even stranger personality. Daniel soon realizes the way he pretended to feel about Cinderella and the way he really feels about Six may not be so different after all. Especially when the two loves of his life end up being one in the same.

Unfortunately for Daniel, finding Cinderella doesn’t guarantee their happily ever after…it only further threatens it.

This is a freebie novella featuring two characters from the book Hopeless – Daniel and Six. It’s a quick and fun read and best of all, free. 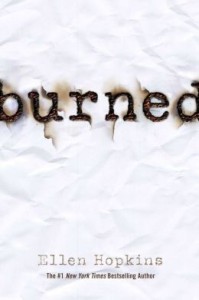 A Gripping Novel from the Author of the Critically Acclaimed Crank

It all started with a dream. Nothing exceptional, just a typical fantasy about a boy, the kind of dream that most teen girls experience. But Pattyn Von Stratten is not like most teen girls. Raised in a religious — yet abusive — family, a simple dream may not be exactly a sin, but it could be the first step toward hell and eternal damnation.

This dream is a first step for Pattyn. But is it to hell or to a better life? For the first time Pattyn starts asking questions. Questions seemingly without answers — about God, a woman’s role, sex, love — mostly love. What is it? Where is it? Will she ever experience it? Is she deserving of it?

It’s with a real boy that Pattyn gets into real trouble. After Pattyn’s father catches her in a compromising position, events spiral out of control until Pattyn ends up suspended from school and sent to live with an aunt she doesn’t know.

Pattyn is supposed to find salvation and redemption during her exile to the wilds of rural Nevada. Yet what she finds instead is love and acceptance. And for the first time she feels worthy of both — until she realizes her old demons will not let her go. Pattyn begins down a path that will lead her to a hell — a hell that may not be the one she learned about in sacrament meetings, but it is hell all the same.

In this riveting and masterful novel told in verse, Ellen Hopkins takes readers on an emotional roller-coaster ride. From the highs of true love to the lows of abuse, Pattyn’s story will have readers engrossed until the very last word.

This YA book sounds gripping. It’s written in “cutting free-verse” and discusses religious oppression and parental abuse as well as the exploration of teen love. 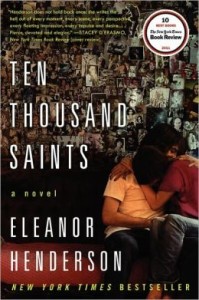 Adopted by a pair of diehard hippies, restless, marginal Jude Keffy-Horn spends much of his youth getting high with his best friend, Teddy, in their bucolic and deeply numbing Vermont town. But when Teddy dies of an overdose on the last day of 1987, Jude’s relationship with drugs and with his parents devolves to new extremes. Sent to live with his pot-dealing father in New York City’s East Village, Jude stumbles upon straight edge, an underground youth culture powered by the paradoxical aggression of hardcore punk and a righteous intolerance for drugs, meat, and sex. With Teddy’s half brother, Johnny, and their new friend, Eliza, Jude tries to honor Teddy’s memory through his militantly clean lifestyle. But his addiction to straight edge has its own dangerous consequences. While these teenagers battle to discover themselves, their parents struggle with this new generation’s radical reinterpretation of sex, drugs, and rock ‘n’ roll and their grown-up awareness of nature and nurture, brotherhood and loss.

Moving back and forth between Vermont and New York City, Ten Thousand Saints is an emphatically observed story of a frayed tangle of family members brought painfully together by a death, then carried along in anticipation of a new and unexpected life. With empathy and masterful skill, Eleanor Henderson has conjured a rich portrait of the modern age and the struggles that unite and divide generations.

“Henderson does not hold back once: she writes the hell out of every moment, every scene, every perspective, every fleeting impression, every impulse and desire…. She is never ironic or underwhelmed; her preferred mode is fierce, devoted and elegiac.” 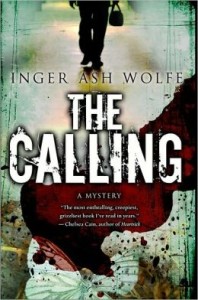 Detective Inspector Hazel Micallef has lived all her days in the small town of Port Dundas, Ontario and is now making her way toward retirement with something less than grace. Hobbled by a bad back and a dependence on painkillers, and feeling blindsided by divorce after nearly four decades of marriage, sixty-one-year-old Hazel has only the constructive criticism of her mother (the former mayor) and her own sharp tongue to buoy her. But when a terminally ill woman is gruesomely murdered in her own home, Hazel and her understaffed department must spring to life. And as one terminally ill victim after another is found, Hazel finds herself tracking a truly terrifying serial killer while everything around her spins out of control.

Through the cacophony of her bickering staff, her unsupportive superiors, a clamoring press, the town’s rumor mill, and her own nagging doubts, Hazel can sense the dead trying to call out. Will she hear them before it’s too late?

The progatonist is a 61 year old divorced recovering alcoholic. And a female. PW says “With the body count climbing, the detective puts herself increasingly at risk in a desperate attempt to foil the grand, demented plan that the killer regards as a mission. Billed as “a prominent North American literary novelist,” Wolfe convincingly lays claim to a new mantle as a first-rate crime writer.”