Daily Deals: A couple of debuts and a famous middle grade author. And no, Katy Perry is not writing romances, Jane. 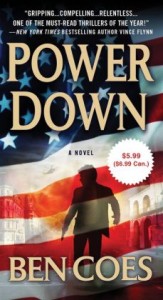 A major North American hydroelectric dam is blown up and the largest off-shore oil field in this hemisphere is destroyed in a brutal, coordinated terrorist attack. But there was one factor that the terrorists didn’t take into account when they struck the Capitana platform off the coast of Colombia—slaughtering much of the crew and blowing up the platform—and that was the Capitana crew chief Dewey Andreas. Dewey, former Army Ranger and Delta, survives the attack, rescuing as many of his men as possible. But the battle has just begun. While the intelligence and law enforcement agencies scramble to untangle these events and find the people responsible, the mysterious figure of Alexander Fortuna—an agent embedded into the highest levels of American society and business—sets into play the second stage of these long-planned attacks. The only fly in the ointment is Dewey Andreas—who is using all his long-dormant skills to fight his way off the platform, then out of Colombia and back to the U.S., following the trail of terrorists and operatives sent to stop him. Power Down is a gripping, compelling debut thriller from a powerful new author, an amazing talent certain to join the ranks of the genre’s finest writers.

“Coes pumps new heat, blood, and flat-out action into a well-worn premise—terrorists are out to break America by attacking its energy resources—in his frighteningly plausible thriller debut.” 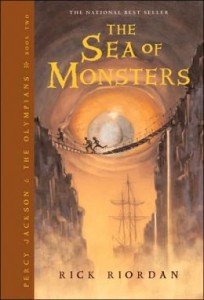 After a summer spent trying to prevent a catastrophic war among the Greek gods, Percy Jackson finds his seventh-grade school year unnervingly quiet. His biggest problem is dealing with his new friend, Tyson—a six-foot-three, mentally challenged homeless kid who follows Percy everywhere, making it hard for Percy to have any “normal” friends. But things don’t stay quiet for long. Percy soon discovers there is trouble at Camp Half-Blood: the magical borders which protect Half-Blood Hill have been poisoned by a mysterious enemy, and the only safe haven for demigods is on the verge of being overrun by mythological monsters. To save the camp, Percy needs the help of his best friend, Grover, who has been taken prisoner by the Cyclops Polyphemus on an island somewhere in the Sea of Monsters, the dangerous waters Greek heroes have sailed for millennia—only today, the Sea of Monsters goes by a new name…the Bermuda Triangle. Now Percy and his friends—Grover, Annabeth, and Tyson—must retrieve the Golden Fleece from the Island of the Cyclopes by the end of the summer or Camp Half-Blood will be destroyed. But first, Percy will learn a stunning new secret about his family—one that makes him question whether being claimed as Poseidon’s son is an honor or simply a cruel joke.

I can’t get my tot interested in this series and I think it is because the protagonist is neither an animal nor a female. 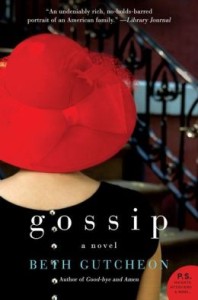 The owner of a small high-end dress shop on Manhattan’s Upper East Side, Loviah “Lovie” French is the one to whom certain women turn when they want to dish in the dressing room—including Lovie’s two best friends since boarding school, Dinah Wainwright and Avis Metcalf.

Outspoken Dinah made a name for herself as a columnist covering New York’s most fabulous; shy, proper Avis rose to prominence in the art world with her quiet manners and hard work. Despite their deep affection for Lovie, they have been allergic to each other for decades, uneasy acquaintances who are unwillingly bound to each other when Dinah’s favorite son and Avis’s only daughter fall in love. At the center of their orbit is Lovie, who knows everyone’s secrets and manages them as wisely as she can. Which is not wisely enough, as things turn out—a fact that will have a shattering effect on all their lives.

From the reviews, it sounds like this book is a bit disjointed, telling the aging process of several different characters and awkwardly advancing the age of others. 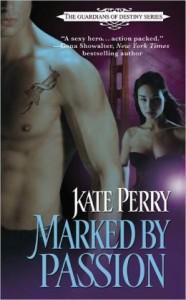 RULES FOR THE (VERY) RELUCTANT GUARDIAN OF THE SCROLL

1. Don’t lose the above artifact you’ve inherited from your ancestors-no matter how much it starts messing up your life.

2. Do learn how to control its powers. (And, yes, that means putting up with über-complicated guardian lessons from your father’s meddling ghost.)

3. Don’t trust anyone. Especially Rhys, the mysterious bad boy who’s always one step ahead of you . . . and as irresistible as sin.

4. Doanything to keep the scroll from landing in the wrong hands. Even if that brings on a heartbreaking betrayal, an evil you never saw coming, and a choice you may not live to regret.