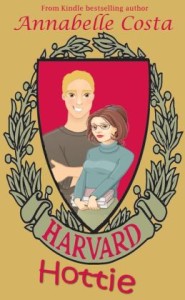 When nerdy, unhip Ellie Jenson meets rich, handsome Luke Thayer the Third as freshmen at Harvard University, it’s Hate At First Sight. Ellie loathes Luke’s smirk and superior attitude, and decides if she never sees him again, it will be too soon.

Fifteen years later, Ellie gets the surprise of her life: Luke is her new boss and owner of her company! But when Ellie discovers that Luke was paralyzed in an accident and is now in a wheelchair, she wonders if it’s possible to be friends with this new, down-to-earth version of her former foe. Or maybe even more than friends, if Luke gets his way…

***
Please note, this is NOT a Christian romance. It has a keyword of inspirational because it is an inspirational story of love overcoming disability. Putting it in the “Inspirational” category was done by Amazon, not the publisher.

Awful cover aside, I’ve heard good things about this book. 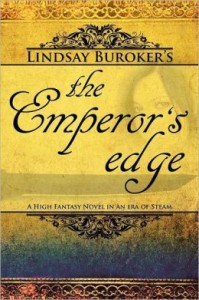 Overview
Imperial law enforcer Amaranthe Lokdon is good at her job: she can deter thieves and pacify thugs, if not with a blade, then by toppling an eight-foot pile of coffee canisters onto their heads. But when ravaged bodies show up on the waterfront, an arson covers up human sacrifices, and a powerful business coalition plots to kill the emperor, she feels a tad overwhelmed.
Worse, Sicarius, the empire’s most notorious assassin, is in town. He’s tied in with the chaos somehow, but Amaranthe would be a fool to cross his path. Unfortunately, her superiors order her to hunt him down. Either they have an unprecedented belief in her skills… or someone wants her dead.

This was another recommended series. The second and third books are on sale for $2.99 each: 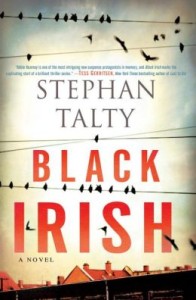 In this explosive debut thriller by the New York Times bestselling author of Empire of Blue Water, a brilliant homicide detective returns home, where she confronts a city’s dark demons and her own past while pursuing a brutal serial killer on a vengeful rampage.

Absalom “Abbie” Kearney grew up an outsider in her own hometown. Even being the adopted daughter of a revered cop couldn’t keep Abbie’s troubled past from making her a misfit in the working-class Irish American enclave of South Buffalo. And now, despite a Harvard degree and a police detective’s badge, she still struggles to earn the respect and trust of those she’s sworn to protect. But all that may change, once the killing starts.

When Jimmy Ryan’s mangled corpse is found in a local church basement, this sadistic sacrilege sends a bone-deep chill through the winter-whipped city. It also seems to send a message—one that Abbie believes only the fiercely secretive citizens of the neighborhood known as “the County” understand. But in a town ruled by an old-world code of silence and secrecy, her search for answers is stonewalled at every turn, even by fellow cops. Only when Abbie finds a lead at the Gaelic Club, where war stories, gossip, and confidences flow as freely as the drink, do tongues begin to wag—with desperate warnings and dire threats. And when the killer’s mysterious calling card appears on her own doorstep, the hunt takes a shocking twist into her own family’s past. As the grisly murders and grim revelations multiply, Abbie wages a chilling battle of wits with a maniac who sees into her soul, and she swears to expose the County’s hidden history—one bloody body at a time.

Sorry, they can’t all be free today but 99c isn’t so bad. 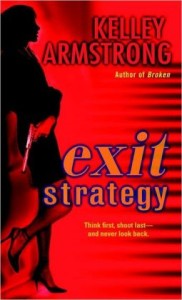 Nadia Stafford is one of the world’s few female contract killers. A former cop, drummed out of the force because of a scandal, she is an expert at disguise and cool under pressure. But when fellow hitman Jack arrives on the scene, Nadia’s very private existence is seriously challenged.

A series of victims are being murdered seemingly at random all over the country — different areas, different walks of life, different MOs. There is nothing to tie them together except a random page torn out of a single book: Helter Skelter. But does the Helter Skelter killer — as the hysterical media now dub him — have a real connection to Charles Manson? Or is there something even more sinister at work?

Is this, in fact — as Jack believes — the carefully planned exit strategy of a fellow professional killer, determined to leave the life, but equally determined to clear up an old mistake? And, if so, which is the real victim?

Now, the highly suspicious and secretive hitman community will have to break their cover — at least, to each other — and help take down this killer before the cops and the Feds discover his true connection to their own secret, exclusive society….

I really enjoyed this assassin series but I’m not sure where it’s going in terms of the relationships. It’s been a long time since the last one was released. I need someone to read the new entry that comes out in December and tell me it’s save to read. That Armstrong hasn’t Nicholas Spark’ed the ending.