Daily Deals: A contemporary, historicals and a western 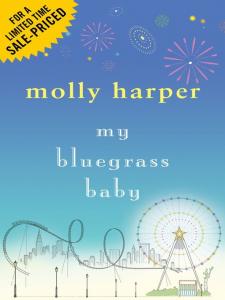 Sadie Hutchins loves her job at the Kentucky Tourism Commission. Not only could her co-workers double as the cast of Parks & Recreation, but she loves finding the unusual sites, hidden gems, and just-plain-odd tourist attractions of her home state. She’s a shoo-in for the director’s job when her boss retires at the end of the year…until hotshot Josh Vaughn shows up to challenge her for the position.

Josh is all sophisticated polish while Sadie’s country comfort, and the two have very different ideas of what makes a good campaign. So when their boss pits them against each other in a winner-takes-all contest, they’re both willing to fight dirty if it means getting what they want. But it turns out, what Josh and Sadie want could be each other—and Josh’s kisses are the best Kentucky attraction Sadie’s found yet!

This is a full length book and the start of a new series by Molly Harper. Dianne, an Amazon reviewer, cautions that the book, while funny and informative (about Kentucky) is more of a chick lit than a romance. 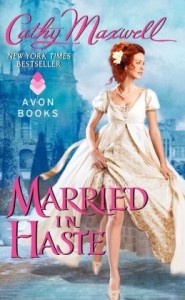 Brenn Owens, the new Earl of Merton, has come to London to choose a bride. The broad-shouldered war hero has his pick of the season’s debutantes, but once he gazes upon Tess Hamlin, he knows he won’t rest until he’s made her his own. But behind Tess’s light-hearted facade is desperation. She has no choice but to marry quickly, before news of her family’s ruin becomes common gossip, so she accepts Brenn’s sudden proposal—without letting him know the truth. He offers her days and nights of unforgettable passion and love, but how can she marry him without feeling she’s betrayed him?

Free at BN and Amazon. 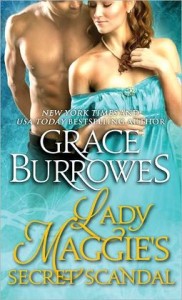 And she’s been perfectly capable of keeping them…until now. When she’s threatened with exposure, she turns to investigator Benjamin Hazlit to keep catastrophe at bay. But Maggie herself intrigues Benjamin more than the riddle she’s set him to solve. As he uncovers more and more of her past, Maggie struggles to keep him at a distance, until they both begin to discover the truth in their hearts…

Burrowes has a great voice even though her historical knowledge and application is weak.  For some reason, BN is not reflecting the reduced price but Apple, Amazon, Kobo are. 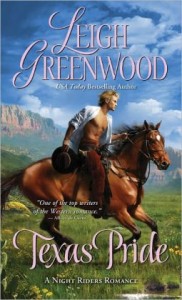 A PRINCE AMONG MEN

Carla Reece had never met anyone more infuriating in her life. The blond giant who swaggered up to her door had no right to take over half her ranch – no matter how stupid her brother had been gambling it away in a high-stakes poker game. Her new foreman claimed to be some foreign royalty who promised to leave in a year. Still, a year was way too long to spend with a man who made her madder than a wet hen and weak in the knees all at the same time.

A HELLION AMONG WOMEN

Ivan may have charmed everyone in town into thinking he was the perfect gentleman, but Carla knew better. There had to be a chink in his armor-a red-hot passion under that calm, cool gaze. But once she finds it, she may be in for more than she ever bargained for…

I’ve never read a Leigh Greenwood book before. I tend to shy away from male writers in the romance genre. The hero, Ivan, is perfect and Carla’s justified anger apparently melts away in the face of Ivan’s perfection. The story appears to be dialogue heavy and light on the angst.

BN is not reflecting the reduced price but Apple, Amazon, Kobo are.

→ Jane
Previous article: Must Have Apps for your Android Device
Next Post: REVIEW: A Breath of Scandal: The Reckless Brides by Elizabeth Essex