A last minute addition: in honor of Joan Didion’s birthday, Zola Books is having a flash sale on five of her titles. Slouching Towards Bethlehem, The White Album, Play It As It Lays, Miami and After Henry are all on sale for $2.99. Over the snow, the world is hushed and white. But under the snow exists a secret kingdom of squirrels and snow hares, bears and bullfrogs, and many other animals that live through the winter safe and warm, awake and busy, under the snow. Discover the wonder and activity that lies beneath winter’s snowy landscape in this magical book.

This is for ages 4-8 and ordinarily I wouldn’t profile it but it looks so charming I thought it might make a nice Christmas gift. 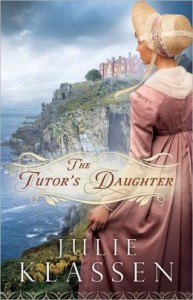 Overview
Emma Smallwood, determined to help her widowed father when his boarding school fails, accompanies him to the cliff-top manor of a baronet and his four sons. But soon after they arrive and begin teaching the two younger boys, mysterious things begin to happen. Who does Emma hear playing the pianoforte at night, only to find the music room empty? And who begins sneaking into her bedchamber, leaving behind strange mementoes?

The baronet’s older sons, Phillip and Henry Weston, wrestle with problems–and secrets–of their own. They both remember the studious Miss Smallwood from their days at her father’s academy. But now one of them finds himself unexpectedly drawn to her…
When suspicious acts escalate, can Emma figure out which brother to blame and which to trust with her heart?

“[a] lovely addition to the genre…Regency/Klassen fans will love the mystery, romance, and drama.” –Publishers Weekly

“A clever book that incorporates what readers love of Jane Austen, Downton Abbey and even a bit of Jane Eyre. The novel offers everything a historical romance reader looks for.”
–Historical Novels Review about The Maid of Fairbourne Hall

“Klassen delivers another impeccably crafted romance rich in fascinating details about life both upstairs and downstairs in a country estate. An excellent choice for fans of faith-based fiction and readers who miss traditional Regency romances.”
–Booklist about The Maid of Fairbourne Hall

“Well-developed characters, plot twists, and attention to period detail make this a sure bet for fans of Regency novels. A hint of romance will win Klassen readers who enjoy Catherine Palmer.” -Library Journal

“A remarkable tale with many unpredictable twists and turns.”–CBA Retailers and Resources

JULIE KLASSEN loves all things Jane–Jane Eyre and Jane Austen. A graduate of the University of Illinois, Julie worked in publishing for sixteen years and now writes full time. Three of her books, The Maid of Fairbourne Hall, The Girl in the Gatehouse, and The Silent Governess, have won the Christy Award for Historical Romance. Julie and her husband have two sons and live in St. Paul, Minnesota.

I can’t tell by the blurb whether this is inspirational or not. One review references “faith” so I’m thinking it is. PW says that it is a lovely regency romance with mystery and drama. 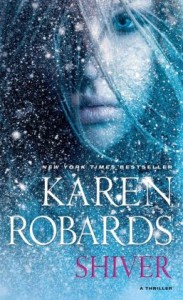 When she swore off love, he was the last man she imagined would steal her heart.

If driving a piece-of-crap tow truck through the seediest part of town with a Smith & Wesson beside her means putting a roof over her son’s head, then Samantha Jones is going to be the best damn repo woman on the books. The streetwalkers, the drug pushers, the bands of looking-for-trouble punks haunting the mean streets at midnight don’t intimidate her. These are her people. The guy she finds bound and bloodied in the trunk of her latest conquest, a flashy new BMW, is a different breed entirely.

Daniel Panterro was certain he was going to die. Instead, by a stroke of luck, he was beaten to within an inch of his life and left for dead. But if he’s having a bad day, Sam’s day is about to get way worse. Danny knows he hasn’t seen the last of the vicious drug runners who kidnapped him from protective custody. His only recourse is to take his pretty savior hostage and force her to help him. There’s no going back for Sam and her four-yearold son, Tyler. They’re in way too deep.

With ruthless killers stalking their trail, Sam’s only choice is to trust this handsome, menacing stranger. But as she relinquishes control, Sam feels an unmistakable desire. Could she be tempted by Danny, who seems intent on protecting her and Tyler from even his own darkest secrets? And what is the price of falling in love with a man who operates on the edge of danger—her heart, her life . . . or both?

From the PW review it sounds like romance readers might like this blend of romance and mystery because it mentions “sensual love scenes” and “explosive conclusion.”

I haven’t read Robards in years, but she was a favorite RS author of mine, back in the day. 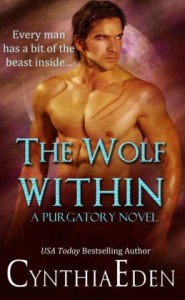 FBI Special Agent Duncan McGuire spends his days–and his nights–tracking real-life monsters. Most humans aren’t aware of the vampires and werewolves that walk among them. They don’t realize the danger that they face, but Duncan knows about the horror that waits in the darkness. He hunts the monsters, and he protects the innocent. Duncan just never expects to become a monster. But after a brutal werewolf attack, Duncan begins to change…and soon he will be one of the very beasts that he has hunted.

Dr. Holly Young is supposed to help Duncan during his transition. It’s her job to keep him sane so that Duncan can continue working with the FBI’s Para Unit. But as Duncan’s beast grows stronger, the passion that she and Duncan have held carefully in check pushes to the surface. The desire that is raging between them could be a very dangerous thing…because Holly isn’t exactly human, not any longer.

As the monsters circle in, determined to take out all of the agents working at the Para Unit, Holly and Duncan will have to use their own supernatural strengths in order to survive. But as they give up more of their humanity and embrace the beasts within them both, they realize that the passion between them isn’t safe, it isn’t controllable, and their dark need may just be an obsession that could destroy them both.

I can’t tell but I think from the file size this is a full length novel. Eden’s other self published ventures have been novellas so … I could be wrong. I wish it was clearly marked. Oh wait, on another site I see that it is 60,000 words so category length. The three star reviews say that it was okay which, I guess, is the feeling you have when issuing a three star review.

→ Jane
Previous article: REVIEW: The Charioteer by Mary Renault
Next Post: Friday News: An author’s writing process, DBW survey results, fan fiction makes the NYT, a blast from your reading past, and some clever bookish gifts