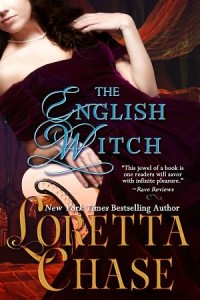 A Comedy of Manners…

Her father’s prodigal ways have forced the extremely lovely Alexandra Ashmore into an engagement with a strange man in a strange land: a man blind to the effect her unearthly beauty has on other men, and which has earned her the title “the English Witch”! So when she’s kidnapped by another love-struck suitor, Alexandra assumes she’s truly doomed to a loveless marriage with her captor.

But her troubles have only begun—for although she’s quickly rescued, her brave ‘hero’ is the notoriously irresistible, unrepentant scoundrel, Basil Trevelyan, who finds himself quite taken with the tart, spirited Alexandra. So taken, in fact, that he’s determined to make her his own. Now, if he can only charm her into agreeing with his plan!

Ms. Chase is releasing more of her backlist in digital format. And, unlike other authors, she is pricing them in a very attractive fashion. 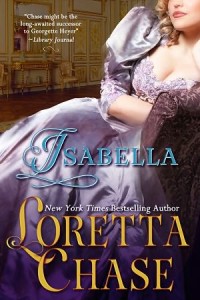 At the advanced age of 26, the independent, wealthy and imminently practical Isabella Latham has no expectation of marriage. But, good-hearted and dutiful, Isabella accompanies her two young country cousins to oversee their London debut…only to find that it’s she who is attracting suitors…all of whom do seem to have quite an excess of creditors!

There’s the sinfully sexy Basil Trevelyan, a rake through and through, but so charming that even sensible Isabella is almost tempted. But then there’s his maddeningly handsome—and maddeningly arrogant!—cousin, Edward Trevelyan, seventh Earl of Hartleigh, who has no need of Isabella’s dowry; but whose adorable orphaned ward needs a mama. Could he love Isabella for herself? Isabella is too busy trying to decide whether to kiss him—or kill him! 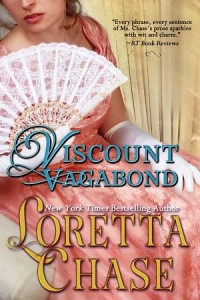 “What’s gotten into you, dashing about to make a man’s poor, tired head spin?… Oh, all right. I’ll chase you if you like.” He started to get up, changed his mind, and slumped back against the pillow. “Only it’s such a bother.”

Catherine Pelliston has just escaped a forced marriage to an obnoxious friend of her unreliable father; and now she’s truly in the soup; kidnapped and helpless in a London brothel! And though she’s been rescued by the very inebriated Max Demowery, Viscount Rand, she may be in even greater danger of falling in love with the shockingly outrageous, scandalously improper Viscount Vagabond! 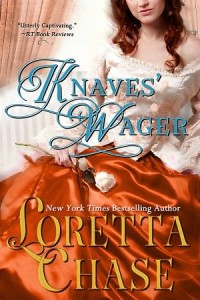 Lilith Davenant, has ample reason to detest Julian Wyndhurst, Marquess of Brandon: he’s exactly the kind of man who hastened the demise of her profligate husband, and the debt he owed to Julian has forced her to an engagement with a wealthy suitor for the sake of supporting her beloved nieces and nephews. Besides that, Lord Julian somehow manages to ignite disturbing… feelings … she’s never felt before!

Lord Julian used his considerable skills and cunning in the war against Napoleon. Now he’s obliged to use the same talents to save his young cousin from a disastrous marriage to a scheming mistress — who makes him a wager: If Julian can seduce the famously icy Lady Lilith Davenant, the lady will release his cousin from the engagement.

But very quickly, Julian discovers Lilith’s hidden warmth, kindness and humor. Will he be able to prove his heart to her before she learns of his recklessly shameless wager?