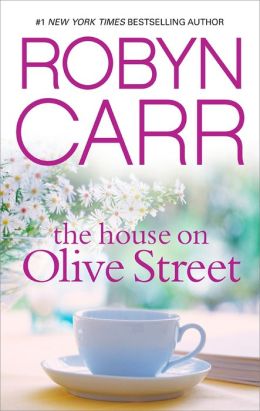 Elly, Sable, Barbara Ann and Beth. They have been drawn together by the sudden death of their friend Gabby—and the favor she has asked of them. For these four women, whose own lives have become unhappy works of fiction, a summer sorting through Gabby’s personal papers offers the perfect challenge—and the perfect escape.

ELLY—the intellectual spinster who’s hidden herself within the Walls of academia, afraid to admit that she’s tired of being alone

SABLE—her bestselling novels have made her a star, but the woman who has everything in fact has nothing except a past she’s desperate to hide

BARBARA ANN—the talent behind twenty-six romance novels, who wakes up one day to find she’s lost control of her career, her sanity and her family

In the house on Olive Street, away from their menagerie of troubles, these women will discover something marvelous: themselves, each other and pieces of a dream that only they can make happen. For in telling the hidden story of a remarkable woman, their own lives are about to change?.

This isn’t a romance, although there are romances in the stories, but it’s a book about friendship. Gabriella was the one who held the group together and as they sort through her things, they also work through their own personal issues. 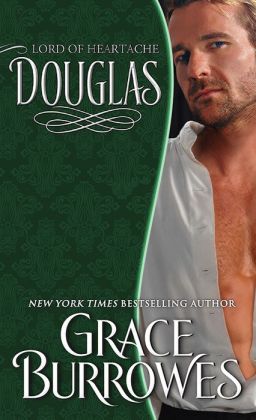 Douglas Allen needs a home for his aching heart

Douglas Allen, Viscount Amery, hates having arrived to his title without knowing how to manage his properties. Guinevere Hollister is a distant family connection raising her daughter in rural obscurity while stewarding the estate. Douglas reluctantly puts himself in Gwen’s hands for lessons in land husbandry and discovers beneath her prickly exterior a woman of passion and honor. Yet despite the closeness they find, she will not marry him.

When the powerful Duke of Moreland arranges an engagement between Gwen and his heir, Douglas knows the marriage is not what Gwen wants. In Douglas’s eyes, Gwen deserves to make her own choices, and he will take on family, the meddling duke, and Gwen’s own lonely, stubborn heart to ensure his lady’s happiness.

You don’t need to have read the previous seven books per the reviewers. This is actually a prequel to the Wyndham series. Douglas is described as sweet and wonderful but that the narrative was overly descriptive in some places. 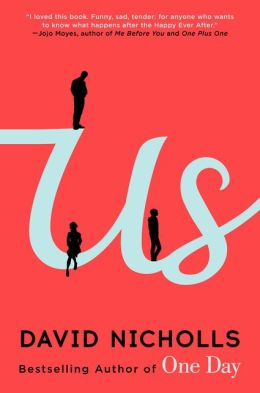 David Nicholls brings the wit and intelligence that graced his enormously popular New York Times bestseller One Day to a compelling, deftly humorous new novel about what holds marriages and families together—and what happens when everything threatens to fall apart.

Us is the story of Douglas, a husband and father whose life turns upside-down when his wife of three decades tells him she wants a divorce. Will a long-planned family trip to Europe give him one last chance to rescue his relationship with the woman he loves, and learn how to get closer to a son who’s always felt like a stranger?

PW Starred review”: “Douglas is an amiably bumbling narrator, and Nicholls convincingly infuses his protagonist’s voice with the dry wit and charm that have served the author so well in his previous books. This is Nicholls’s most ambitious work to date, and his realistically flawed characters are somehow endearing despite the many bruises they inflict upon each other.”

Kirkus Starred Review “Though the narration is self-conscious at first, it gradually settles into a voice that is wistful, wry, bewildered and incisive, drawing a portrait of a man who has been out of his league for a long time. Evocative of its European locales—London, Paris, Amsterdam, Venice, Madrid—and awkward family vacations everywhere, this is a funny and moving novel perfect for a long journey.” Grayson Ford and Emma Kinglsey–close since they were kids, opposites in every way. He’s the stuff high school crushes are made of, Mister Popular, and captain of every team. She’s artsy, cute, and not in his league, though fully aware of Summerland’s “I Dream of Dating Grayson Ford” support group.

*I can’t say no. The girl’s had my heart since before I knew it went missing.*

He hides a life of hell. His father hates him, his mother’s gone. Emma is his only savior, yet she doesn’t know her power over him. She’s the only girl he wants, the only one he could ever tell–though he won’t.

*I’m stronger, bigger, more of a man than he’ll ever be, but because I ruined his life, I’ve taken his crap, his attacks, the vulgar nature of his existence.*

Until she discovers Gray’s embarrassment, his humiliation. Emma fights for him and for a chance. Theirs is a Cinderella story that she believes impossible. But as the layers peel back, it’s just a guy who needs a girl in order to keep breathing.

*My mind is already doodling Mrs. Grayson Ford in imaginary notebooks. He has no clue where my head is at… But, given that I didn’t see what just happened coming, maybe I have no clue where his head is at either.*

$0.99 through pre-order and release on Feb 24th. This is the first book in a new series. Friends to lovers. This series is in the same “world” as the Cristin Harber’s Titan series. there aren’t many reviews because it’s release date is Feb. 24.

→ Jane
Previous article: REVIEW: The Parfit Knight (Rockliffe Book 1) by Stella Riley
Next Post: The value of ownership and ebooks