Daily Deals: A big bold memoir, a couple of romances by pillars of the community, and a 1950s interracial romance 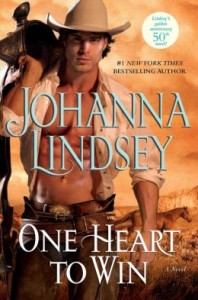 Some young ladies marry for money and social standing, a few lucky ones marry for love—but Tiffany Warren is marrying to end a feud. Honoring her mother’s promise, Tiffany reluctantly travels west to meet her estranged father and his enemy’s eldest son, rancher Hunter Callahan. Once the Warrens and the Callahans are united by marriage, both clans will stop squabbling over a disputed strip of land. In the chaos of a train robbery Tiffany seizes a golden opportunity: By assuming the identity of her father’s new housekeeper she can live with the father she never knew and assess his true character, as well as that of the neighboring cowboy to whom she is betrothed. But, too late, Tiffany discovers that the rivalry between the Warrens and the Callahans has escalated when the Callahans steal the Warrens’ housekeeper as soon as she steps off the train!

Now, Tiffany, who is pretending to be Jennifer Fleming, finds herself living in the enemy camp, under the same roof as her fiancé. All too soon she learns her intended is a handsome, sweet talking charmer whom she has to fight off because he can’t keep his eyes—or his hands—off Jennifer. After Tiffany’s charade is exposed she refuses to marry Hunter to end the feud. As Hunter goes about claiming his rightful bride-to-be, he knows that although he loves two women—proper, elegant Tiffany as well as spunky, passionate Jennifer—he has only one heart to win.

This is Lindsey’s 50th romance. The reviews repeatedly state that the hero, Hunter, is present very little in the book and the focus is on Jennifer and her parents’ marriage. 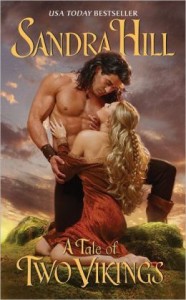 Has an eye for the ladies, loves a good fight. Splits his sides over rude jokes. Won’t ask directions no matter how lost he is . . . even in a longship, for the love of Odin! Sound like anyone you know? Maybe every man you know?

Toste and Vagn Ivarsson are all that and more—a lot more. Identical Viking twins, they came squalling into this world together, rode their first horses at the age of seven, their first maids during their thirteenth summer, and rode off on longships as untried fourteen-year-old warriors. And now, having seen only thirty and one winters, they are about to face Valhalla together. Or maybe something even more tragic: being separated. For even the most virile Viking must eventually leave his best buddy behind and do battle with that most fearsome of all opponents—the love of his life.

This book tells the story of both twins’ romance and rather have one be dominant and the other be secondary, the two are given essentially the same screen time. Reviews also indicate that the book is the 7th in the series and tries to reacquaint the readers with all the prior characters.

Hill is known for her slapstick comedy in romances. It’s not for everyone. 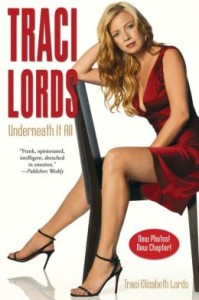 At 14, Nora Kuzma ran away from home and ended up on the dirty streets of Hollywood. She fell in with a fast crowd, and her dreams of modelling soon landed her a spectacular centrefold in Penthouse Magazine, where at 15 she became internationally known as TRACI LORDS. From there she appeared in numerous adult films and magazines, denying her past and battling a deep addiction to cocaine and men. Three years later she got out. This is her memoir–a tale of loss, redemption, and ultimate survival as Traci Elizabeth Lords takes you into her secretive past, faces her demons, and shares her extraordinary journey of personal growth.

PW writes ” Frank, opinionated, intelligent, drenched in emotion, this is the rare celebrity memoir that doubles as a cautionary tale, and will have readers cheering Lords on as they speed through its gritty, big-souled pages.” 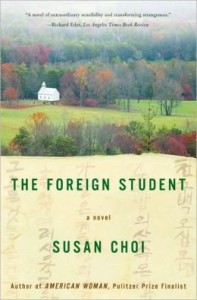 Highly acclaimed by critics, The Foreign Student is the story of a young Korean man, scarred by war, and the deeply troubled daughter of a wealthy Southern American family. In 1955, a new student arrives at a small college in the Tennessee mountains. Chuck is shy, speaks English haltingly, and on the subject of his earlier life in Korea he will not speak at all. Then he meets Katherine, a beautiful and solitary young woman who, like Chuck, is haunted by some dark episode in her past. Without quite knowing why, these two outsiders are drawn together, each sensing in the other the possibility of salvation. Moving between the American South and South Korea, between an adolescent girl’s sexual awakening and a young man’s nightmarish memories of war, The Foreign Student is a powerful and emotionally gripping work of fiction.

Kirkus writes “An uneven first novel that elegantly details the love story of two young people, a Korean student and a southern beauty, whose earlier lives have been shaped by war and obsession. Like so many current debut novels, the writing here is stronger than plot or character, but Choi, in giving her male protagonist a Korean background, especially one shaped by a less familiar war—the Korean War—adds a refreshingly unusual dimension to her tale.”