Daily Deals: A ballerina, a snow queen, and a man seeking revenge 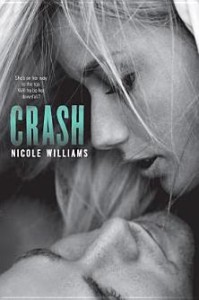 A steamy summer encounter with bad boy Jude means trouble for Lucy. Her sights are set on becoming a ballerina, and she won’t let anything get in her way . . . except Jude.

He’s got a rap sheet, dangerous mood swings, and a name that’s been sighed, shouted, and cursed by who knows how many girls.

Jude’s a cancer, the kind of guy who’s fated to ruin the lives of girls like Lucy—and he tells her so.

But as rumors run rampant and reputations are destroyed, Lucy’s not listening to Jude’s warning. Is tragedy waiting in the wings? This racy romance is hot, hot, hot!

This series was self published and then picked up by Simon & Schuster. I tried to read it when it was self published because it was so popular and recommended everywhere, but I just could not get into it. Maybe you will have better success. 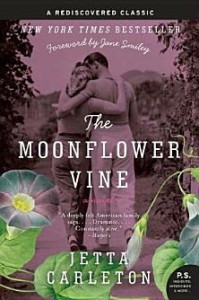 The Moonflower Vine by Jetta Carleton. $ 2.99

On a farm in western Missouri during the first half of the twentieth century, Matthew and Callie Soames create a life for themselves and raise four headstrong daughters. Jessica will break their hearts. Leonie will fall in love with the wrong man. Mary Jo will escape to New York. And wild child Mathy’s fate will be the family’s greatest tragedy. Over the decades they will love, deceive, comfort, forgive—and, ultimately, they will come to cherish all the more fiercely the bonds of love that hold the family together.

Jeannie at Goodreads wrote “A warm and delicious saga about a Midwestern family during the first half of the 20th century. Effectively and fluidly told from the perspective of each of the six family members–an illiterate yet wise mother, her teacher husband and their four daughters. All of whom, on the surface, seem to be plain, God-fearing people but as the story unfolds, each reveals to the reader complex and flawed characters that struggle with “sin” and desire (in many forms). “ 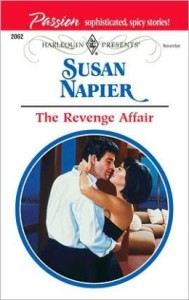 Joshua Wade was convinced that Regan was plotting to disrupt his wedding. Why else would she have agreed to organize the big day–when she clearly had a grudge against him? Regan had to admit there was unfinished business between them: a reckless one-night stand….

Regan wasn’t out for revenge, though she did have a hidden reason for getting close to Joshua’s family. Only she could never reveal her secret plans–not even when Joshua confessed his engagement was a sham and he wanted his ring on Regan’s finger!

Susan Napier writes some of the best category romances. She really plays with the form of Harlequin Presents in unusual and subversive ways. 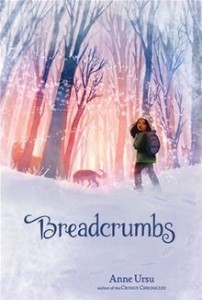 I’m always on the look out for books to buy for the tot. The School Library Journal says: “There are also references to both classic and modern fantasy tales, showing that all are related. The underlying theme of friendship that is constant and true, sacrifice, and choosing reality over fantasy is beautifully written. Kirby Heyborne reads without background noises or musical embellishment, allowing the story to stand on its own so that listeners can enjoy its rich language and gentle messages.”