Daily Deals: A New Adult, a Classic Biography, and another chocolatier romance hero 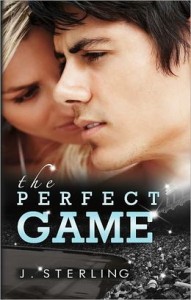 He’s a game she never intended to play.
And she’s the game changer he never knew he needed.

The Perfect Game tells the story of college juniors, Cassie Andrews & Jack Carter. When Cassie meets rising baseball hopeful Jack, she is determined to steer clear of him and his typical cocky attitude. But Jack has other things on his mind… like getting Cassie to give him the time of day.

They’re both damaged, filled with mistrust and guarded before they find one another (and themselves) in this emotional journey about love and forgiveness. Strap yourselves for a ride that will not only break your heart, but put it back together.

Sometimes life gets ugly before it gets beautiful…

This is a New Adult book intended for audiences 17+

This is a popular self published book New Adult book. I tried reading it but could not get engaged by the writing. The hero is a cheating ass per spoilers. The price is usually around $3.99 for the book.
AmazonBNKobo 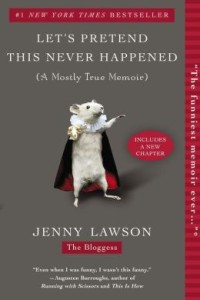 “When I tell people that my father is kind of a total lunatic, they laugh and nod knowingly. They assure me that theirs is too, and that he?s just a “typical father”.

And they’re probably right, if the typical father runs a full-time taxidermy business out of the house, and shows up at the local bar with a miniature donkey and a Teddy Roosevelt impersonator, and thinks other people are weird for making such a big deal out of it. If the typical father says things like “Happy birthday! Here’s a bathtub of raccoons!” or “We’ll have to take your car. Mine has too much blood in it,” then yeah, he’s totally normal.”

When Jenny Lawson was little, all she ever wanted was to fit in. That dream was cut short by her fantastically unbalanced father and a childhood of wearing winter shoes made out of used bread sacks. It did, however, open up an opportunity for Lawson to find the humour in the strange shame-spiral that is her life, and we are all the better for it.

Lawson’s long-suffering husband and sweet daughter help her uncover the surprising discovery that the most terribly human moments — the ones we want to pretend never happened — are the very same moments that make us the people we are today. Like laughing at a funeral, LET’S PRETEND THIS NEVER HAPPENED is both irreverent and impossible to hold back once you get started.

“The Bloggess writes stuff that actually is laugh-out-loud, but you know that really you shouldn’t be laughing and probably you’ll go to hell for laughing, so maybe you shouldn’t read it.” Neil Gaiman

“Even when I was funny, I wasn’t this funny.” Augusten Burroughs, author of RUNNING WITH SCISSORS

This is a book of humor by one of the most popular bloggers, Jenny Lawson. She blogs about her fight with depression, her love for Wil Wheaton, and her ever patient husband.
AmazonBNSonyKoboBook DepositoryApple 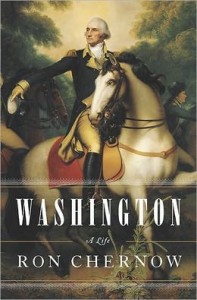 Celebrated biographer Ron Chernow provides a richly nuanced portrait of the father of our nation and the first president of the United States. With a breadth and depth matched by no other one volume biography of George Washington, this crisply paced narrative carries the reader through his adventurous early years, his heroic exploits with the Continental Army during the Revolutionary War, his presiding over the Constitutional Convention, and his magnificent performance as America’s first president. In this groundbreaking work, based on massive research, Chernow shatters forever the stereotype of George Washington as a stolid, unemotional figure and brings to vivid life a dashing, passionate man of fiery opinions and many moods.

Winner of the 2011 Pulitzer Prize for Biography. Called a definite biography by the Wall Street Journal.
AmazonBNSonyKoboBook DepositoryApple 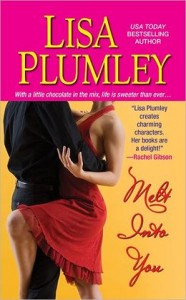 A sexy chocolatier and his under-appreciated assistant discover you can’t have too much of a good thing in USA Today bestselling author Lisa Plumley’s delectable new novel. . .

After ten years of saving her boss’s (admittedly gorgeous) butt, stifling her crush, and being endlessly inconvenienced, administrative assistant Natasha Jennings has had enough. True, chocolatier Damon Torrance is every bit as irresistible as the confections created by Torrance Chocolates. The man is sex on a stick dipped in 70% Tanzanian Cacao. But for the sake of her career, her sanity, and possibly her heart, Natasha has to go.

Money, success, women. . .everything comes easily to Damon. Until Natasha hands in her notice. He needs to get her, and his mojo, back–fast. But from the moment Damon rings Natasha’s doorbell and steps into her personal life, he starts feeling things he never has before. For once, the notorious playboy wants to be good. Which makes it extra inconvenient that Natasha is suddenly tempted to try being a little wicked. And the results may be sweeter than either ever anticipated. . .

I hadn’t realized that chocolatiers were so popular as romance heroes. First, Laura Florand and now Lisa Plumley. Someone at Kensington must have a sweet tooth as both books are published by Kensington.
AmazonBNSonyKoboBook DepositoryAREApple