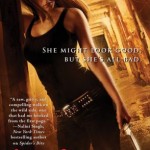 This is book two in the Elemental Assassin series. Book one is also on sale and I featured it a couple of days ago. So this deal is for everyone who picked up the first one and has now returned for seconds.

Curiosity is definitely going to get me dead one of these days. Probably real soon.
I’m Gin Blanco.

You might know me as the Spider, the most feared assassin in the South. I’m retired now, but trouble still has a way of finding me. Like the other day when two punks tried to rob my popular barbecue joint, the Pork Pit. Then there was the barrage of gunfire on the restaurant. Only, for once, those kill shots weren’t aimed at me. They were meant for Violet Fox. Ever since I agreed to help Violet and her grandfather protect their property from an evil coalmining tycoon, I’m beginning to wonder if I’m really retired. So is Detective Donovan Caine. The only honest cop in Ashland is having a real hard time reconciling his attraction to me with his Boy Scout mentality. And I can barely keep my hands off his sexy body. What can I say? I’m a Stone elemental with a little Ice magic thrown in, but my heart isn’t made of solid rock. Luckily, Gin Blanco always gets her man . . . dead or alive. 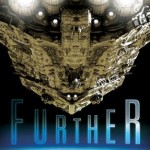 Further: Beyond the Threshold by Chris Roberson. $ 2.99 * This is a 47North title and digitally only available at Amazon.com

This was recommended by The Booksmugglers who said “From a writing and science perspective, Further also does a solid job. While the story’s pacing is a tad uneven and tends towards heavy exposition, especially in the early chapters,I do appreciate Roberson’s attempt to integrate some scientific explanation for his future world – in which humans have taken to adopting animal features and robot, bird-watching space probes are considered human.”

Humankind is spread across three thousand light years in a myriad of worlds and habitats known as the Human Entelechy. Linked by a network of wormholes with Earth at its center, it is the world Captain RJ Stone awakens to after a twelve-thousand-year cryogenic suspension.

Stone soon finds himself commanding the maiden voyage of the first spacecraft to break the light speed barrier: the FTL Further. In search of extraterrestrial intelligence, the landing party explores a distant pulsar only to be taken prisoner by the bloodthirsty Iron Mass, a religious sect exiled from the Entelechy millennia before. Now Stone and his crew must escape while they try to solve the riddle of the planet’s network of stone towers that may be proof of the intelligence they’ve come to find.

The first in critically acclaimed author Chris Roberson’s scintillating new series, Further: Beyond the Threshold is a fascinating ride to the farthest reaches of the imagination. 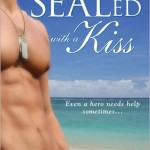 SEALed with a Kiss by Mary Margaret Daughtridge. $ 2.99

Robin reviewed this series favorably a while back. Several of the SEALed series by Daughtridge are on sale for $2.99. Robin says “Of all four books, SEALed With A Kiss is my favorite, both for its often fresh phrasing and its thoughtful attention to the poignant and mundane aspects of the protagonists’ relationship.”

“Daughtridge delivers a well-written romance that is simultaneously tender and sensuous.”-Booklist
He can handle just about anything, except this…

Jax Graham is a member of an elite military team, but when it comes to taking care of his four-year-old son after his ex-wife dies, he’s completely clueless.

One person can help him, if he’ll let her…

Family therapist Pickett Sessoms knows just how to help a rough, tough Navy SEAL deal with a scared and lonely little boy, but not if he insists on going it alone.

When Jax and his young son Tyler get trapped by a hurricane, Pickett takes them in against her better judgment. Jax figures Pickett’s high maintenance, just like all the women he knows, and she figures he’s not commitment material. But when an outing turns deadly, Pickett discovers what it means to be a SEAL, and Jax discovers that even a hero needs help sometimes… 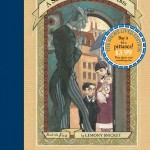 A Series of Unfortunate Events #1: The Bad Beginning by Lemony Snicket. $0.99.

Tot just finished reading this series so I asked her for the reason why other people should get this book. She said “for one thing, it was a tiny bit scary.” Her favorite character was Violet. Tot said that Violet had a great imagination and would do anything to protect her siblings. Count Olaf wants Violet and her siblings’ fortune. Klaus reads books to discover what Count Olaf is up to. The youngest Baudelaire bites. She has four very sharp teeth. She would recommend it to 8 and older kids.

The book you are holding in your hands is a short-lived edition of a book that will likely make your life shorter as well. The tale of three Baudelaire children, who find themselves thrown into an unhappy situation containing a treacherous villain with an evil scheme and bad manners, becomes more and more dreadful on each page, and everyone so foolhardy as to read it will find themselves weeping and moaning by the end of the book.

This book is offered at an introductory price, but it introduces the reader to such unpleasantries as a disastrous fire, itchy clothing, a baby trapped in a cage, a plot to steal an enormous fortune, and dusty curtains.

I made a solemn promise to write down these wretched tales, but you have no such promise, and if I were you I would put down a book this terrible, no matter how reasonably priced.

With all due respect, 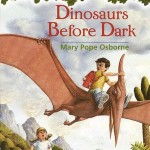 Where did the tree house come from?

Before Jack and Annie can find out, the mysterious tree house whisks them to the prehistoric past. Now they have to figure out how to get home. Can they do it before dark . . . or will they become a dinosaur’s dinner?

→ Jane
Previous article: What Janine is Reading: June 2012
Next Post: Thursday News: Is the serial revival around the corner? Or a gimmick with a limited life span?