Daily Deals: Recommended reads in YA, Fantasy, and Romance for under $3.99 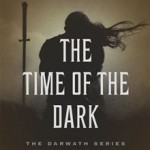 The Time of the Dark: The Darwath Series by Barbara Hambly. $ 2.99

A murderous force threatens a far-off magical world, and an ordinary Californian is drawn into the battle to save mankind

As a student of medieval history, Gil Patterson is a woman familiar with dark stories. She knows well the Crusades, the Black Death, and the other horrors of the Middle Ages, but it is another kind of atrocity that has begun to haunt her dreams. She sees forces of evil assaulting a beleaguered kingdom, whose kind people are on the brink of annihilation, and awakes each morning in a cold sweat.

Gil dismisses the dreams until a wizard appears in her apartment. He has crossed into her dimension, passing through the fraying fabric of the universe, to ask her help. For mankind to survive he must protect an infant prince, whom he plans to hide in Gil’s world. The student of history is about to get much closer to evil than she ever imagined.

This ebook features an illustrated biography of Barbara Hambly, including rare photos and never-before-seen documents from the author’s personal collection.

Jayne has really enjoyed the Hambly books she has read. Most of the time, these books from Open Road Media are priced at $9.99 so $2.99 is a good introduction. This is the first book of five in the Darwath Series. Most of the reviews are very good and the two three star (lowest reviews on Amazon) were a bit dismissive (weak writing with which I know Jayne would not agree). 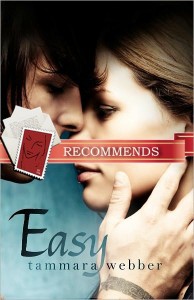 A girl who believes trust can be misplaced, promises are made to be broken, and loyalty is an illusion. A boy who believes truth is relative, lies can mask unbearable pain, and guilt is eternal. Will what they find in each other validate their conclusions, or disprove them all?

When Jacqueline follows her longtime boyfriend to the college of his choice, the last thing she expects is a breakup two months into sophomore year. After two weeks in shock, she wakes up to her new reality: she’s single, attending a state university instead of a music conservatory, ignored by her former circle of friends, and failing a class for the first time in her life.

Leaving a party alone, Jacqueline is assaulted by her ex’s frat brother. Rescued by a stranger who seems to be in the right place at the right time, she wants nothing more than to forget the attack and that night–but her savior, Lucas, sits on the back row of her econ class, sketching in a notebook and staring at her. Her friends nominate him to be the perfect rebound.

When her attacker turns stalker, Jacqueline has a choice: crumple in defeat or learn to fight back. Lucas remains protective, but he’s hiding secrets of his own. Suddenly appearances are everything, and knowing who to trust is anything but easy.

I really enjoyed this book. A reader emailed and alerted me to the discounted price. It usually sells for $3.99. The deal might only be good at Amazon. This book is self published but you would not know it from both the content and the packaging. It is as professionally put together as any book published. It should be one of the standards in the self publishing industry. But beyond how professionally packaged the book is, the content really shines. You can read my review here. 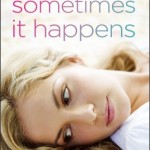 Sometimes It Happens by Lauren Barnholdt. $ 2.99

This novel opens on the first day of Hannah’s senior year, but the story really starts on the last day of her junior year. That’s when Hannah not only gets dumped by her boyfriend, Ryan, but she also finds out her best friend, Ava, is going to be gone for the entire summer. But Ava’s boyfriend, Noah, is definitely around—and such a good guy that he snags Hannah a job at the diner where he works. Hannah and Noah move from coworkers, to friends….and one night, to something more.

Now it’s back to school, where Hannah will see Ryan, Ava, and Noah all in one place. Over the course of the day secrets and betrayals are revealed, and alliances are broken and reformed. In the end, Hannah will learn a lot about love, friendship…and herself.

The blurb really appealed to me and I picked it up today. The reviews at the iBookstore are really positive. The three star reviews at Amazon suggested that the romance was ordinary and that all four of the characters are very likeable and its a little painful to see one of them hurt. More than one mentioned that the book was fast paced. Is it me or does the girl on the cover look a little like Scarlett Johansson? 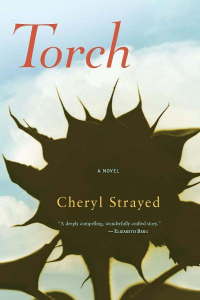 “Work hard. Do good. Be incredible!” That’s the advice Teresa Rae Wood gives the listeners of her popular local radio show, Modern Pioneers, and she has taken it to heart in her own life. She fled a bad marriage, escaping to Midden, Minnesota (pop. 408), where she fell in love with a carpenter who became a loving stepfather to her children, Claire and Joshua. Now Claire is away at college, Joshua is laboring through his senior year of high school, and Teresa and Bruce are working to make ends meet. Despite their struggles, their love for each other binds them as a family. Then they receive the devastating news that Teresa has cancer and at thirty-eight may have less than one year to live. Those she will leave behind face something previously unimaginable — a future without her.

In Torch, the award-winning writer Cheryl Strayed creates from one family’s shattering experience a novel infused with tenderness, compassion, and beauty.

Cheryl Strayed is the #1 New York Times bestselling author of the memoir Wild, chosen by Oprah Winfrey as her first selection for Oprah’s Book Club 2.0. Amazon named it a Best Books of the Month, March 2012. The deal may only be good at Amazon and Barnes & Noble.