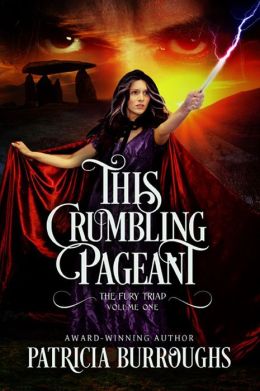 This Crumbling Pageant by Patricia Burroughs. $ .99

THIS CRUMBLING PAGEANT
Book 1 of The Fury Triad

Persephone Fury is the Dark daughter, the one they hide.

England, 1811. Few are aware of a hidden magical England, a people not ruled by poor mad George, but the dying King Pellinore of the House of Pendragon.

The Furys are known for their music, their magic, and their historic role as kingmakers. When Fury ambitions demand a political marriage, Persephone is drugged and presented to Society— only to be abducted from the man she loves by the man she loathes.

But devious and ruthless, Persephone must defy ancient prophecy, embrace her Dark magic, and seize her own fate.

Get swept away into the first book of a dark fantasy series combining swashbuckling adventure, heart-pounding romance, and plot-twisting suspense.

This is an epic romance fantasy set in Regency England. Reviews are really positive but one reader DNFed it because the heroine’s character turned for her. 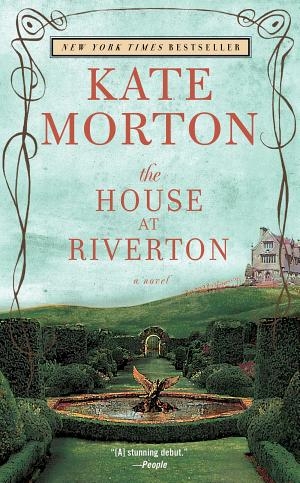 The House at Riverton is a gorgeous debut novel set in England between the wars. Perfect for fans of Downton Abbey, it is the story of an aristocratic family, a house, a mysterious death and a way of life that vanished forever, told in flashback by a woman who witnessed it all and kept a secret for decades.

Grace Bradley went to work at Riverton House as a servant when she was just a girl, before the First World War. For years her life was inextricably tied up with the Hartford family, most particularly the two daughters, Hannah and Emmeline.

In the summer of 1924, at a glittering society party held at the house, a young poet shot himself. The only witnesses were Hannah and Emmeline and only they — and Grace — know the truth.

In 1999, when Grace is ninety-eight years old and living out her last days in a nursing home, she is visited by a young director who is making a film about the events of that summer. She takes Grace back to Riverton House and reawakens her memories. Told in flashback, this is the story of Grace’s youth during the last days of Edwardian aristocratic privilege shattered by war, of the vibrant twenties and the changes she witnessed as an entire way of life vanished forever.

The novel is full of secrets — some revealed, others hidden forever, reminiscent of the romantic suspense of Daphne du Maurier. It is also a meditation on memory, the devastation of war and a beautifully rendered window into a fascinating time in history.

Originally published to critical acclaim in Australia, already sold in ten countries and a #1 bestseller in England, The House at Riverton is a vivid, page-turning novel of suspense and passion, with characters — and an ending — the reader won’t soon forget.

Kirkus was critical of the end “Though the climactic revelation feels contrived, Morton’s characters and their predicaments are affecting, and she recreates the period with a sure hand.” 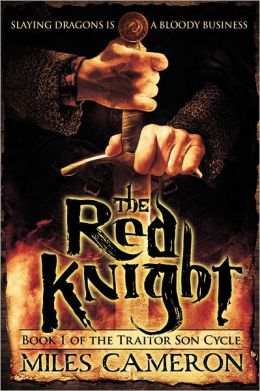 Twenty eight florins a month is a huge price to pay, for a man to stand between you and the Wild.

Twenty eight florins a month is nowhere near enough when a wyvern’s jaws snap shut on your helmet in the hot stink of battle, and the beast starts to rip the head from your shoulders. But if standing and fighting is hard, leading a company of men – or worse, a company of mercenaries – against the smart, deadly creatures of the Wild is even harder.

It takes all the advantages of birth, training, and the luck of the devil to do it.

The Red Knight has all three, he has youth on his side, and he’s determined to turn a profit. So when he hires his company out to protect an Abbess and her nunnery, it’s just another job. The abby is rich, the nuns are pretty and the monster preying on them is nothing he can’t deal with.

Fantasy Book Critic says that the book tries and mostly succeeds at combining a historical approach to medieval fantasy, a magic system based on wild nature, and a strong military component (though this gets tedious toward the end).  “The structure of The Red Knight is in short chunks from multiple POV’s and it works mostly well with narrative flowing, though I can easily see it leading to confusion especially in the beggining where character after character and setting after setting are introduced. “ 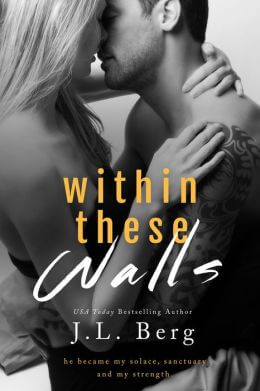 From USA Today Bestselling author J.L. Berg, comes a breathtaking story that shows us how love truly can conquer all…even the most damaged of hearts.

Within these walls, he became my solace, my sanctuary and my strength.

I am not strong. I am just a survivor of circumstance.

Isn’t that what we all do? Survive?

Each of us has our own set of circumstances to muddle through. Mine are just more…complicated.

Born with a severe heart defect, I’ve seen the inside of a hospital room more than my own bedroom.

I was drowning, a prisoner to the illness that owned me, until he appeared. He thinks he’s blocked out the world with his tattoos and hard exterior, but I see the real Jude, the one he so desperately wants to forget.

But is he the answer to my prayers or will he break my already damaged heart forever?

My name is Lailah Buchanan, and this is our story of hope, redemption and sacrificing it all for the one you love.

***Due to some graphic language and explicit scenes, this book is not recommended for readers under the age of 18.***

So the reviews indicate that there is something to do with pudding and angels. (There are pictures of pudding in reviews and someone gave it pudding stars) And it has a slow beginning. The hero is a CNA which I find unusual and the heroine is a girl with a heart defect.