Daily Deals: A book that inspired an Academy Award film; a New Adult contemporary; and a rich historical But every story has its upsets.

Everything in Morris Lessmore’s life, including his own story, is scattered to the winds.

But the power of story will save the day.

Stunningly brought to life by William Joyce, one of the preeminent creators in children’s literature, The Fantastic Flying Books of Mr. Morris Lessmore is a modern masterpiece, showing that in today’s world of traditional books, eBooks, and apps, it’s story that we truly celebrate—and this story, no matter how you tell it, begs to be read again and again.

This was a charming app, but I don’t know what it will be like as a flat non interactive book. It was beautifully illustrated. From the ashes of war rise the secrets of its darkest hearts. . . .In the wake of the Battle of Waterloo, Paris is a house divided. The triumphant Bourbons flaunt their victory with lavish parties, while Bonapartists seek revenge only to be captured and executed. Amid the turmoil, British attaché and intelligence agent Malcolm Rannoch and his wife, Suzanne, discover that his murdered half sister, Princess Tatiana Kirsanova, may have borne a child—a secret she took to the grave. And Malcolm suspects there was more than mere impropriety behind her silence. . . .As Malcolm and Suzanne begin searching for answers, they learn that the child was just one of many secrets Tatiana had been keeping. The princess was the toast of Paris when she arrived in the glamorous city, flirting her way into the arms of more than a few men—perhaps even those of Napoleon himself—and the father must be among them. But in the mêlée of the Napoleonic Wars, she was caught up in a deadly game of court intrigue, and now Malcolm and Suzanne must race against time to save his sister’s child from a similar fate. . . .

I read Grant a long time ago. What I recall is she writes lush, believable and emotional historical fiction. 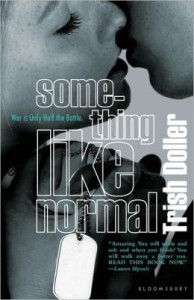 When Travis returns home from a stint in Afghanistan, his parents are splitting up, his brother’s stolen his girlfriend and his car, and he’s haunted by nightmares of his best friend’s death. It’s not until Travis runs into Harper, a girl he’s had a rocky relationship with since middle school, that life actually starts looking up. And as he and Harper see more of each other, he begins to pick his way through the minefield of family problems and post-traumatic stress to the possibility of a life that might resemble normal again. Travis’s dry sense of humor, and incredible sense of honor, make him an irresistible and eminently lovable hero.

This is a contemporary NA book but its premise is not, primarily, a romance although there is a romantic thread through the story. Doller narrates the book solely from Travis’ point of view as he is home on leave, struggling with the loss of his best friend and symptoms of PTSD. There is a sweet romance between Travis and a girl he had hurt when they were younger. At $2.99, I highly recommend this book. My review is here. 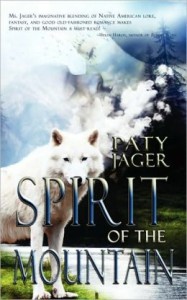 Overview
Wren, the daughter of a Nimiipuu chief, has been fated to save her people ever since her vision quest. When a warrior from the enemy Blackleg tribe asks for her hand in marriage to bring peace between the tribes, her world is torn apart.

Himiin is the spirit of the mountain, custodian to all creatures including the Nimiipuu. As a white wolf he listens to Wren’s secret fears and loses his heart to the mortal maiden. Respecting her people’s beliefs, he cannot prevent her leaving the mountain with the Blackleg warrior.

This is a fairly well rated book, although there aren’t many opinions out there. One 3.5 star review indicated that the detail was really well done in the book.