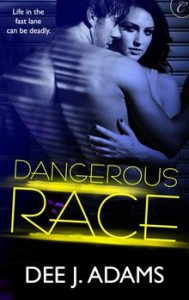 Four years ago, race car driver Tracey Bradshaw almost died in a horrific crash. Now scarred inside and out, she’s making a comeback, but her team is plagued by a series of “accidents”.

When the team leader dies under mysterious circumstances, former driver Mac Reynolds takes charge. The pair clash as Trace resents his high-handed attempts to control her, while Mac fears Trace’s recklessness will get her killed. Neither can throttle back the desire that spins out of control whenever they touch. Trace lets herself be seduced when Mac convinces her he finds her beautiful despite her scars, and she begins to hope for more. But Mac knows he’s not nearly good enough for Trace?

Don’t miss the sequel, Danger Zone, coming out in February 2012.

I’ve read other books by this author but I don’t think I’ve read this one. At the price of free, how can I resist? 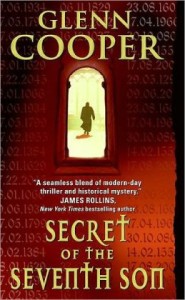 There are secrets that must remain buried . . .

Nine people have been slain in New York City—nine strangers with nothing in common—the apparent victims of a frighteningly elusive serial killer. Only one thing links the dead: postcards they received, mailed from Las Vegas, announcing the day they would die.

Assigned to the case is a legendary FBI profiler with a troubled past, a drinking problem, and nothing left to lose . . .

Abandoned to a monastery is an unwanted son born under a curse on the seventh day of the seventh month of the year 777 . . .

Unprepared for a momentous discovery is a post-World War II expedition into the crypts of a clandestine medieval society . . .

. . . but all lead to a secret embroiled in destiny, history, evil, faith, and corruption . . . and one terrifying truth that no one must ever know . . .

PW says “long tedious stretches focus on Will being drunk, drinking on the job or complaining of hangovers. Flashbacks to 1947 and the medieval setting that inspired the killer are poorly integrated, and while the secret behind the deaths is original and clever, its revelation is anticlimactic. ” 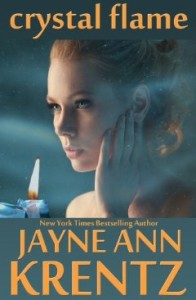 Kalena is focused on a single task…the assassination of the man who destroyed her family. Once he is gone, she will live her life as a free woman. She just has to extract herself from an arranged Trade Marriage first. She has a plan for that.

Her husband, Ridge, works for Quintel, the man Kalena has been sent to kill. Ridge is the Fire Whip, Quintel’s enforcer, and not exactly the type to become involved in a Trade Marriage with an innocent country girl. But he looks forward to instructing Kalena in her wifely duties.

Kalena and Ridge have no plans for a lasting relationship, but the success of their mission depends on learning to trust each other and the passion that flares between them.

Amazon is the only retailer who has this book on sale right now, but I had to include this book because I loved the scifi romance books by Krentz originally published back in the 80s. Full disclosure, though, I haven’t re-read these books in a long time.

Krentz is a total comfort read for me. 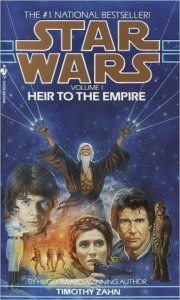 It’s five years after Return of the Jedi: the Rebel Alliance has destroyed the Death Star, defeated Darth Vader and the Emperor, and driven out the remnants of the old Imperial Starfleet to a distant corner of the galaxy. Princess Leia and Han Solo are married and expecting Jedi Twins. And Luke Skywalker has become the first in a long-awaited line of Jedi Knights. But thousand of light-years away, the last of the emperor’s warlords has taken command of the shattered Imperial Fleet, readied it for war, and pointed it at the fragile heart of the new Republic. For this dark warrior has made two vital discoveries that could destroy everything the courageous men and women of the Rebel Alliance fought so hard to build. The explosive confrontation that results is a towering epic of action, invention, mystery, and spectacle on a galactic scale–in short, a story worthy of the name Star Wars.

Features a bonus section following the novel that includes a primer on the Star Wars expanded universe, and over half a dozen excerpts from some of the most popular Star Wars books of the last thirty years!

The authorized continuation of the legendary Star Wars saga. it has been five years since the Rebel Alliance defeated the Emperor’s dark forces and relegated the shattered Imperial Fleet to the far reaches of the galaxy. In the command of the last of the Emperor’s warlords, the fleet is being readied for war. The objective: the fragile heart of the New Republic. Nineteen weeks on the New York Times bestseller list.

This was today’s Nook Daily Deal price matched at Amazon and Apple. For Star Wars fans only, is my guess.